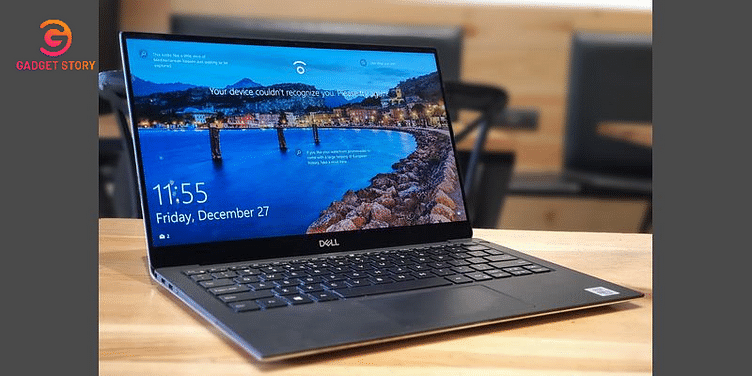 Dell’s new ultrabook packs in an excellent performance, gorgeous 4K display, a premium chassis, and a great keyboard. But the battery life could be better.

The Dell XPS 13 7390, launched in August 2019, is a significant improvement over its predecessors.

Ever since Dell introduced Infinity Edge bezels back in 2015, its nosecam was a bit of a problem. The webcam would remain stuck at the bottom of the display, which means that every time you got on a video chat, it would be nose-first.

Fortunately, Dell has fixed this absurdity in its latest notebook. The webcam has been moved back to where it belongs - the top of the display. It is smaller and no longer includes an infrared camera. This means that the Windows Hello feature, where you could log in via facial recognition, is no longer supported.

Dell, however, has included a fingerprint reader in the power button.

The XPS 13 comes in ‘Frost White’ colour and has a silver finish. Specs include Intel HD Graphics 620, 16GB DDR3 RAM, Intel Core i7 processor, a 13.3-inch 4K touchscreen display, three USB Type-C ports, and a 52WHr battery. All this is bundled into a laptop that weighs just 1.16 kgs.

The device is built out of a single block of aluminium. There is a textured keyboard along with a gorgeous 4K display with super slim bezels. In that sense, the XPS 13 is quite a looker.

It is also a good performer and offers a lag-free experience during day-to-day tasks such as opening 30+ tabs on a browser, editing a document on Microsoft Word, streaming music with Spotify, video calling on Skype, and more.

The inbuilt speakers (which can be used for video calls) are an improvement over the predecessors. The ideal volume level for is about 75 percent.

The XPS 13 also sports a USB-C port, a microSD card slot, headphone jack (on the right) and two Thunderbolt-3 ports next to the battery indicator (on the left). The only thing missing is a full-fledged SD slot - this one has a microSD slot. But in razor-thin laptop as this, there is not much scope to complain.

The problem with XPS 13’s hardware is two-fold.

First, it comes with an integrated Intel UHD graphics, which is suited for casual gaming only. However, this isn’t entirely unusual given most ultrabooks in the 13-inch range give the dedicated graphics card a miss.

Second, even though the laptop never gets heated up, the fan gets a bit noisy, and this happens not just during gaming but also while simple web surfing.

The rest of the hardware is up to the mark.

The highlight of the XPS 13 is its stunning display. The 13.3-inch display with a 4K resolution has crisp visuals, accurate colours, and a smooth touchscreen.

It also supports the Dell Cinema mode, which balances contrast and saturation of videos. There is Dolby Vision and HDR support too.

The XPS 13 has one of the best-in-class keyboards. The keys are responsive, and they offer a soft landing - unlike on the MacBook Air - with no noticeable click sound. The keyboard takes up the entirety of the laptop, which means that people with larger hands don’t feel shortchanged.

The only issue with the keyboard is the placement of the ‘PgUp and ‘PgDn’ keys, which could be mistakenly pressed when you want to hit ‘arrow’ keys. The trackpad is decent in size and very responsive to gestures. The Precision touchpad has a clear demarcated area for left clicks and right clicks.

Finally, the carbon-fibre desk ensures that you place your palms on something comfortable.

The battery life of a laptop with a 4K display is naturally lower than those with a full-HD display.

With reduced brightness of about 50 percent and resolution set to 1080p, the XPS 13 could run for nine to ten hours on a single charge. That is much lower than the company’s promise of ‘up to 21 hours’ battery life.

Having the resolution set at 4k, and usage that involved watching movies, editing documents, and having two dozen tabs open on Google Chrome, you get far less battery life (just about four to five hours).

Verdict: one of the best ultrabooks of 2019

If you owned any device from the Dell XPS 13 range in the last two years, then this model will not seem radically different. You could skip an upgrade.

But, if you’re in the market for a new ultrabook, then this is the one to get. It packs in all the critical elements - excellent performance, gorgeous display, a premium and ultraportable chassis, and a great keyboard.

Few laptops in 2019, save HP Spectre x360 or Zenbook Duo, would perhaps match up to this. The only thing to worry about with the XPS 13 is the 4K display eating into its battery life.

b) with a Core-i7 processor and 4k display.

Both variants are available at cheaper rates on ecommerce sites.