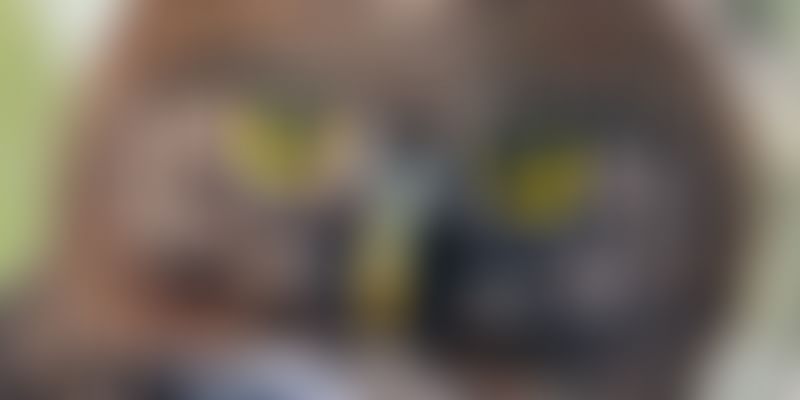 The annual World Owl Conference came to India this year for the first time. It included an outstanding exhibition of photographs, artworks, and stamps.

Wildlife conservation is a popular and compelling rationale for a range of art and photography exhibitions (see our earlier photo essay on the exhibition Innocent World of Owls here). An outstanding photo and art exhibition was held alongside the sixth annual World Owl Conference (WOC), held this week at Pune University.

WOC 2019 was organised by the Ela Foundation, with support from the Maharashtra Forest Department, Canadian conservation organisation Discover Owls, and acoustics product firm EcoTone. The earlier editions of WOC have been held in Canada, Australia, Netherlands, and Portugal. This year marks the first time the conference is being held in India.

Topics covered at the conference included the representation of owls in the mythology and culture of countries around the world, impact of climate change on owl habitats, population variations, conservation movements, and even the “haunting association of owls in cemeteries".

The editorial and organising committees were headed by Dr Satish Pande, Founder of Ela Foundation. He is also Chief Editor of the Ela Journal of Forestry and Wildlife, and the open access e-Journal of Maharashtra Forest Department. He has written over 40 books and 70 research papers.

At WOC 2019, talks and papers were presented by participants from India, China, Nepal, US, Canada, Switzerland, Greece, Cyprus, Poland, Austria, South Africa, Ukraine, and Russia. This was followed by the second Indian Owl Festival, held at Ela Habitat, Pingori.

The aim of the annual conference is to spread awareness, conduct research, and promote conservation of owl habitats. Owls are seen as beneficial to agricultural ecosystems via extermination of pests like rodents – but unfortunately, poaching activities pose a threat.

Ela Foundation’s Suruchi Pande shared research on harmful superstitions about owls as well as the respect and veneration conferred on them in Indian culture. Ecological factors affecting the distribution of forest owlets were covered by Prachi Mehta and Jayant Kulkarni of Wildlife Research and Conservation Society.

People for Animals, the wildlife hospital in Bengaluru, documents the adverse impact of urbanisation on spotted owls. South Africa’s Owl Project shared successes of 20 years of owl conservation initiatives, while the Moscow Owls Research Group has been researching owl populations for 25 years.

Endangered grassland ecosystems are causing serious declines in grassland owl species in the US, according to Steven Sheffield of Bowie State University. Mahesh Sanzigiri of Dynamic Management Services cautions against excessive use of pesticides and poisons to kill insects, which also affects owl populations.

As shown in this pictorial essay, the exhibition at WOC 2019 in Pune featured a wide range of photographs, artworks, mugs, and merchandise. One of the highlights was a philatelic exhibition curated by Ajit ‘Papa’ Shridhar Patil and his granddaughter Tanvi Bhausaheb Naik.

Now, what have you done today to stop in your busy schedule, and find ways to learn more about our precious wildlife and promote its conservation?

This Delhi-based organisation has rescued, treated, and released over 1,500 wild animals