What makes the perfect fundraising pitch? This VC spills the beans 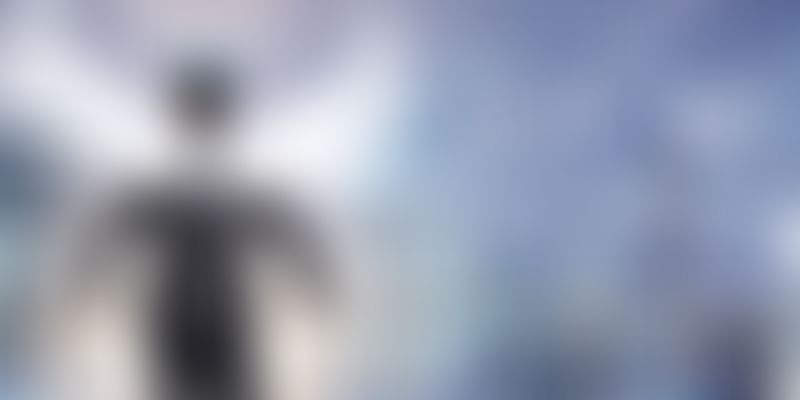 What do VCs look for while reviewing pitch decks? How do they make their decisions whether in a short span of listening or skimming through a pitch?

Building a successful company from scratch is ridiculously brutal. In my eyes, I have more respect for an entrepreneur who has the guts to risk it out in the face of uncertainty and weather brutal storms than a fancy consultant from a Tier 1 Ivy League B-School.

Of course, life becomes easier when you have some money and an “angel” is willing to help you out with some funding. But how do you convince that angel? With a tooth? A nail? Yeah, I’ll give a tooth and nail for some seed investment. But alas, it doesn’t work that way. Also, I don’t think anybody wants that, so I wonder how the English language picked up that expression.

A study of 200 successful pitch decks by Docsend and HBS professor Tom Eisenmann found that a VC spends an average of three minutes, 44 seconds on a pitch deck.

Now tell me if you’d disagree, that for someone who has less than five minutes to impress a stranger to hand them a cheque which keeps their dream afloat, is not brutally competitive and therefore worth the praise and I’d write you a cheque myself.

I’ve often wondered what VCs look for while reviewing pitch decks. How do they make their decisions whether to take it to the next step in those initial five minutes of listening or skimming through a pitch? How can that much time be enough to even make a holistic impression, let alone an informed decision?

So when Vinit Bhansali, who has worn the hat of both an entrepreneur (thrice) as well as that of a seed stage investor as the Vice President of Orios Venture Partners, agreed to share his insights on the Use Case podcast, I was thrilled!

Vinit was also such a sport and agreed to give feedback on pitch decks to our listeners – should you want some feedback on your pitch deck, just share it with him on LinkedIn and give the reference of the show. Else you could DM me your question on Twitter and I’ll ask around.

Here are the three most important things I learnt from my conversation with Vinit Bhansali from Orios Venture Partners:

Learning #1: A VC goes through hundreds of pitches in a week. Capture the attention by focusing on these basics

Most venture capitalists are extremely professional and accomplished individuals. But they also have a ton on their plate. They want to talk to new entrepreneurs, but the competition is getting increasingly tough out there and unless you come with a reference (in which case you might get slightly more time than the average person), you are likely to have a very short time to “pitch” per say. That’s probably why they ask you to practice an “elevator” pitch.

In that pitch, it is very important to focus on a coherent story. If a VC listens to 200 pitches in a week, he or she is unlikely to remember all the pitches.

What will make your pitch shine is not merely throwing tons of numbers at her, but having a coherent story that sticks with the investor when she goes back to her office and talks to her team.

In the episode, Vinit gives an example. Suppose someone comes up to him and says, “Hey! I launched this app in seven days and have half a million users with zero marketing costs,” it gives out three numbers.

But what is most important to tell him is:

1) who are the people downloading the app?

2) what is the problem you are trying to solve?

3) what is special about your way of solving that problem?

Together, those facts along with the numbers make for a coherent story which will allow him to immediately get the reference and make him interested in discussing the project in detail later.

Learning #2: For a seed stage pitch, the most important thing is to talk about your team

Most investors recognise that the product that exists in the seed stage is likely to go through several alterations as the business is built. Sometimes, the business model might change entirely. Many times, there is no product to start with. So then, what is the investor betting on? The answer is the team.

Talking about the team and what makes it special might seem like an embarrassing way to blow your own trumpet, but it is important because given the uncertainty and risk around early stage investments, investors are often betting on the team.

Not being afraid to show what makes you special can be advantageous in giving the investor confidence that you can build the company.

If co-founders are giving a presentation, it might also be a good idea that all founders get some time to speak and showcase positive team dynamics rather than one founder speaking on behalf of everyone.

This however, can be subjective, but most VCs are likely to agree.

Learning #3: Your product is different from your business model

Many a times, a lot of attention is paid on a product – its various features, the design, and the UX. But it is important to understand that the product is not the business model. So, it should be important to think about the unit economics.

We also had Ankush Gera, the CEO of Junglee Games, whose company has grown more than 100 percent yoy over the last few years (he is also an investor himself) on the show. He also reiterated the same thing. The advice he gave to entrepreneurs was not to be boggled by vanity metrics, be data oriented, and think carefully about the business model.

Ask yourself questions like – what is the cost of the acquisition? What is the conversion percentage? At what stage will the revenue from your paying users exceed the costs of building the product and marketing it? Basic questions like these that give the investor a reasonable degree of confidence that you can think like a business owner and not just as a product manager, are important to consider.

That’s how most entrepreneurs feel anyway. Getting that pitch right will not just help you raise that essential capital to build the business but also boost your confidence while pitching it to investors.

Looking for angel investment for your startup? Here's all you need to know