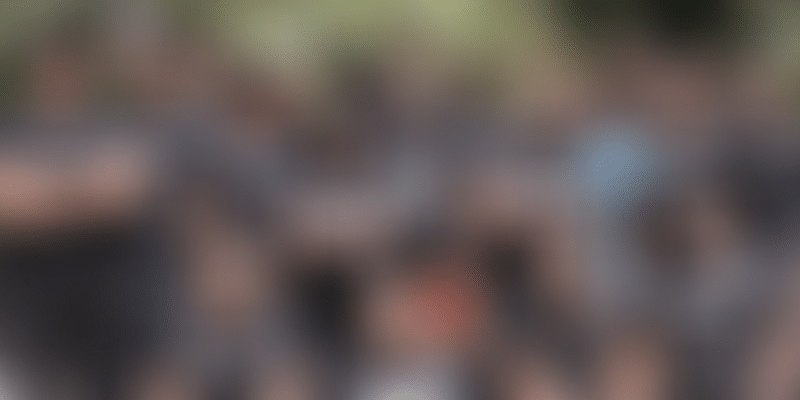 With $35 million in total funding, San Francisco-based Observe.ai is actively looking to expand its footprint in the Indian market, while scouting for engineers for its Bengaluru office.

Sharath Keshava, one of the Co-founders of Observe.ai and the Chief Revenue Officer (CRO), was heading the Southeast Asia region for Practo between 2014-16. Swapnil Jain, the CEO, was heading engineering at Twitter in Bengaluru, and Akash Singh, the CTO, was at InMobi. The trio was meddling with different ideas at the time.

Sharath was working out of Manila, The Philippines, popular as the business process outsourcing (BPO) capital of the world. The evident problem statement with call centres was the latency aspect of it when it came to driving faster and better customer experience and the classic machine-replacement phenomenon.

Speaking to YourStory, Akash Singh says, "We were able to get meetings with the head of operations at companies like Concentrix in Manila. Over time, we developed enough confidence that this was a problem, just big enough to be solved."

Observe.ai is one of those rare startups that found the market first and then built a product according to it, contrary to the vice versa. The team was able to keep building on the product with a diligent feedback loop with the users, in a way that the process was never a singular event, but a continuously evolving activity.

Thanks to this, the trio was able to understand that the product-market fit is something that keeps expanding, as one explores the market deeply. According to the team, that has helped them being ahead. Akash says Observe had customers ready to use the product even before the product was ready.

Founded in May 2017 by Akash Singh, Sharath Keshava, and Swapnil Jain, Observe.ai empowers call centre agents to do their jobs better. Its voice AI platform provides the agent with real-time feedback on customer sentiment and guides them on the next best action during a customer call.

The AI platform listens to the call stream in real-time, uses deep learning and natural language processing (NLP) to understand the context, and generates suggestions and guidance for the agent. The startup claims to have developed a machine capable of analysing 100 percent of customer conversations, to generate better business outcomes. Though headquartered in California, Observe.ai has an office in Bengaluru.

In an earlier interaction, Swapnil Jain had told YourStory,

"We are using the power of AI to make that voice conversation even more delightful by equipping the customer support agent with the tools needed while the call is going on. The agent no longer needs to place customers on hold, or transfer them around; continuous engagement is established until a successful resolution is reached."

The co-founders were taking customer interviews as part of user feedback, and they had to record these conversations and subsequently take notes. They had the obvious challenges while trying to remember some key pointers, and it was a difficult process to go through 200-odd interviews to gather any insight. Whether it is customer support or inside-sales, Akash says that almost 70 percent of conversations within an enterprise is carried out from a black box.

The question they arrived at was, who will it help the most?

Observe follows a standard pricing model for its customers, which is on a per-agent per-month basis. Depending on the size of the deal, it also gives out bulk discounts for enterprises that look at large volumes. At the beginning of 2019, the platform had eight enterprise customers, which is now at 100 enterprises, counting the likes of TripAdvisor and others in North America.

Over the last year, the startup claims to have forged partnerships with the likes of Microsoft, Talkdesk, ERCBPO, and itelBPO. In the past 12 months, it has signed with brands like TripAdvisor, Concentrix, ClearMe, and Root Insurance.

According to a report by Radiant Insights, a global outsourced customer services market is projected to reach $84.7 billion by 2020. Another study says that companies lose more than $62 billion due to poor customer service. Other prominent players that use AI in the customer service industry include Neva.ai and DigitalGenius, among others.

Other players in the Indian conversational AI space are Niki.ai, Haptik, Frontdesk.ai, Leena AI, Mihup, and Racetrack. The global market for conversational AI, which stands at $4.2 billion in 2019, is expected to grow to $15.7 billion by 2024, at a CAGR of 30.2 percent.

Funding and the way forward

The startup graduated out of San Francisco-based seed accelerator Y-Combinator in early 2018. It also raised a seed funding of $1 million and $120,000 from Emergent Ventures and Y-Combinator respectively. In its Pre-Series A round, in August last year, the startup had raised $8 million led by Nexus Venture Partners along with MGV, Liquid 2 Ventures, and Hack VC.

Earlier in December 2019, it had raised $26 million as part of its Series A round, led by Scale Venture Partners and participation from Nexus Venture Partners, Steadview Capital, 01 Advisors, and Emergent Ventures.

"Though we can't share where we stand at in terms of revenue, we recently closed a couple of multi-million-dollar deals, and we want to do at least 4X of what we're doing."

The latest round of funding will allow Observe.ai to expand its US-India team globally, and accelerate product development. Besides the funding, Andy Vitus, Partner at Scale Ventures, has joined the Board of Observe.ai.