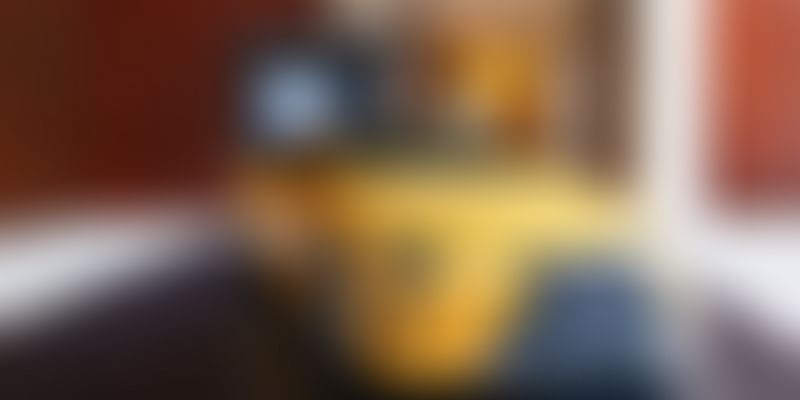 The Lexus Design Award India awarded 12 social impact designs, of which two will be showcased at Milan Design Week later this year. As many as 885 Indian designers offered socially responsible solutions for the awards.

Two of these designs are heading to the Lexus Design Event at Milan Design Week this year. The two designs are Binayak Mondal’s project Able, and Soham Mohanty’s project Accufill. Both will now turn these concepts into startups.

The winners of the awards were chosen from 885 entries.

Lexus India President PB Venugopal told YourStory that he would like designs to have “some form of commercial or business application” in the future.

“The objective of the awards is not just to find the best designers and young talent. We would love for some of these ideas to become startups or businesses,” he said.

Indian design for the world

Accufill is a sensor-based product that helps to bring transparency between bike owners and petrol stations while refuelling vehicles. The ultra-sonic sensors measure the density of the fuel and tell the motorcycle owner about the fuel's purity, enhancing the experience of refuelling and making the process interactive. This also helps to combat fuel theft/mafia, bringing transformation in society and creating awareness among consumers.

According to the ministry of transport, millions of litres of fuel are adulterated every year: petrol is mixed with naphtha and diesel with kerosene.

As many as 20 million two-wheelers are sold in India every year, according to SIAM, and all owners would benefit from such a device on their bike. A device like this could well lead to social transformation.

The other design that Lexus recognised was a design that could change the way disabled war veterans and citizens use their own body strength, to move from bed to wheelchair.

Able enables a non-ambulatory or paraplegic patient to transfer himself/herself from bed to wheelchair independently, in a seated position. Primary research included discussions with physically handicapped veterans and frequent visits to their homes.

Lexus has a rich history of handcrafting and believes in design rooted in simplicity. It's Takumi craftsmanship or the artisans of Kyushu, where they perfect the finer elements of the car such as precision stitching of leather, are world renowned.

“We believe that India has an inherent culture of design. This year, the number of entries is already 3X compared to the first edition. This also reflects the wealth of design talent we have in this country. At Lexus, we believe in the power of design and how it can help build a sustainable tomorrow. LDAI is our effort at unlocking that power of design,” Venugopal said.

LDAI 2020 was judged by a panel of luminaries from the design field. The winners of the 10 categories, and the Jury’s Choice Award, received Lexus Design Award India trophies designed by Michael Foley. The winning works will be promoted by Lexus India on digital media and at Lexus Guest Experience Centres.

This year, LDAI 2020 introduced a mentorship programme as part of the process. It welcomed a stellar ensemble of creative pioneers and industry stalwarts who helped finalists refine their projects.

David Nordstrom, jury member and Vice President of Lexus Asia Pacific Division, said, “It’s not just the high number of entries; the quality of entries is very impressive, too. It is heartening to see the convergence of design and technology across all categories.”

The Lexus Design Award is an international design competition that targets up-and-coming creators from around the world. The award seeks to foster the growth of ideas that contribute to society by supporting designers and creators whose works can help to shape a better future.