Robotics to play a huge role in the Indian EV industry: Satyanarayana P of Epson India 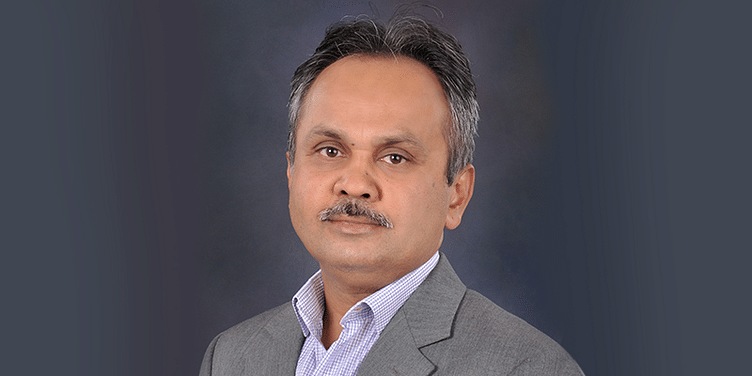 In a recent conversation with YourStory, Satyanarayana P, Director of Robots at Epson India, talks about the robotics market in India and how the technology will automate traditional industries.

All robots have a core function: automating processes. While a school of thought argues that the extensive use of robots may lead to unemployment, industries are well aware of their role in bringing in precision and accuracy.

Epson Robots is the robotics design and manufacturing department of Japanese corporation Seiko Epson. Famous for its watches and printers, Seiko initially developed robots to be used in its own industry, to automate the manufacturing of its watches. Later, the company started promoting its robots for use in other industries.

Starting with the food industry, where these robots were used to pick and place milk packets from machine belts into packing baskets, Epson Robots gradually found its robots being used in the mobile and automotive industries.

Epson started exploring and promoting its robots in the Indian market in 2013. Epson India has so far completed 600 robot installations across the country. With the basic version of these robots priced at Rs 5 lakh, the price of Epson’s robots can go upto Rs 30 lakh, depending on the model. Recognised for its speed, accuracy, and ease of use, these robots are used in the food, mobile manufacturing, plastic, banking, and automotive industries of India.

﻿YourStory Media﻿recently caught up with Satyanarayana P, Director of Robots at Epson India, to understand more about the robotics market in India and how the technology will automate traditional industries.

Meet these robot waiters giving a futuristic spin to dining

YourStory: What are the emerging trends for industrial robots in the Indian market?

Satyanarayana P: India has been gradually adopting the usage of robotics in verticals including automotive, food industry, manufacturing, and IT industry. Earlier, people used to think automation would lead to unemployment. But slowly, their ideas are changing and they are starting to understand that automation usually means more opportunities.

YS: What is your personal take on the idea that automation might lead to unemployment?

SP: Robots can do certain mundane jobs much more efficiently than humans. If someone has to do the same work from morning to evening, they might make mistakes. In such segments, the usage of robots will prove much more efficient and is actually slowly picking up.

Slowly, the Indian manufacturing industry is understanding the utilisation of robots in the manufacturing site. They will not just increase productivity but also be more efficient than human beings for repetitive jobs.

YS: But what about jobs that require the human touch?

SP: These robots are best suited for the IT industry’s mobile manufacturing units. Besides, in the banking industry, robots are used for segregating notes or counting notes. These are human-based value-added work that have been slowly automated using these robots.

In an eight-hour shift in a manufacturing industry, you can expect a human to do a maximum of five to six hours of work, accounting for all the breaks that they take. A robot can work for those entire eight hours. So, personally I feel that robots increase the efficiency by 25 to 30 percent, when compared to a human being, where there is no standard calculated measurements.

YS: Where does India stand in terms of using industrial robots?

SP: Globally, on average, for every 10,000 workers, there are 75 to 80 robots available. However, when it comes to India, we are far behind.

We use only three robots for every 10,000 workers.

India has been a challenging market for the adoption of robots. It is not entirely ready to adopt industrial robots. Epson India has been involved in a lot of awareness activities, in terms of participating in exhibitions, conducting road shows and system integrator needs.

The auto industry is moving towards electric vehicles and that is going to open up new opportunities for us. Electric vehicle parts, when compared to traditional industry parts, are small and robots can play a major role.

YS: What are the types of robots available in India?

SP: India has only two types of robots - four axis or SCARA robots, and six-axis robots.

Four-axis robots, like the name suggests, can move in four directions - front, back, left and right. Six-axis robots, besides these four movements, can also go up and down.

Robots are classified according to the payload that they can handle. What Epson sells can handle up to 20kg load and can be used in manufacturing, food, or automotive industry.

YS: What is Epson’s market share in the robotics industry in India?

YS: Where does India get its industrial robots from?

SP: All industrial robots are imported from Japan. Right now, we do not have any manufacturing unit in India. Robots are imported as completely finished products. Epson takes care of the sales and after-sales.

Epson is well known in the market for its SCARA T series robots. The T Series is ideal for automation of test machine loading or unloading and other simple processes that previously relied on people because automation did not make financial sense. T series robots can be used instead of multiple low-cost, single-axis robots that take up a lot of space and require troublesome adjustment and maintenance work. Users will save space, reduce setup time, and minimise downtime.

[Startup Bharat] Inspired by Iron Man, Kochi-based Sastra Robotics wants to put 500 robots to work in the next 18 months