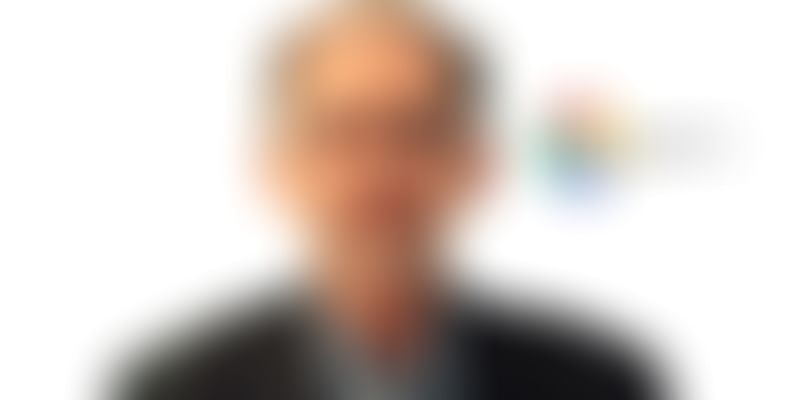 Mumbai-based PicoNets is using its last-mile content caching solution to architect a delivery network that accelerates performance and enhances customer experience for OTT players and telcos/carriers.

The exponential rise of over-the-top media services in India continues. Be it biggies like Netflix, Prime Video, or Hotstar, ALTBalaji, Voot, and SonyLIV, the Indian OTT market is likely to outperform the global market – it may be ranked among the top 10 by 2022.

But the success of OTT channels depends largely on internet connectivity.

Latency, uptime and download speed can spoil the customer experience, which is where Mumbai-based PicoNets comes in. The last-mile content caching solution is architecting a delivery network  to accelerate performance and enhance customer experience.

Founded by Prakash Advani and Jaimon Jose in 2017, PicoNets allows caching as close as possible to consumers to improve media delivery performance without increasing bandwidth requirements. Their product, picoCDN, lets carriers and internet service providers to use caching technology to boost customer experience.

“Everyone is laying fibre optic networks and claiming to provide world-class speeds. But customer experience is still lacking. Caching allows us to boost content stored locally on the edge,” says Prakash Advani, Founder of PicoNets.

The founding duo includes veterans in the networks and computer industry; they decided to start up after 20 years in the corporate world.

Their startup, PicoNets, “stores information in form of caches locally” and boosts the experience with low internet speeds. This means content is stored on a device in the cell tower and carry the content for the day , the week and a month on the small content delivery network. It can sell deliver live sports and news events through caching.

After two unsuccessful attempts at video streaming, here’s how ZEE cracked the OTT puzzle with ZEE5

Prakash loved computers from his DOS operating system days and learnt most of his coding in high school and college. He studied hotel management, but landed his first job as an IT manager at one of Mumbai's top hotels in the mid-nineties.

“I was self-taught and learnt coding all by myself. I realised I could articulate technology when many engineers were not able to explain it to clients. That's when I became a techie without a tech background,” Prakash says.

He met his Co-founder, Jaimon, who studied at BITS Pilani and graduated in 2004, at Novell Networks in the late 2000s. They forged a friendship, and decided to start up one day.

In late 2016, when the data boom was becoming a reality, the duo realised that while there were a plethora of smartphones and apps, carriers were missing out on experiences and content companies were losing customers.

Most OTT networks either have their own infrastructure or leverage services of content delivery networks (CDNs) to minimise content latency due to transmission delays and network congestions.

Prakash and Jaimon started building the first version of PicoNets in 2017, with their own savings of Rs 50 lakh.

It took the startup two years of R&D to come up with a product that could cache on the edge and deliver great experiences to customers.

Today, they run an enterprise SaaS business model for caching content over the network. In the second model, the carrier takes PicoNets’ devices and installs them in their towers to deliver “better and seamless viewing experiences when speeds drop”.

The 10-member startup is currently running a pilot with one of India's largest OTT players. It has signed up a US carrier as a client, and is working with five internet service providers.

“With us, you don’t have to upgrade infrastructure. Our solution takes off in areas of patch network; you can use the same fibre and routers to push content,” Prakash says.

He says that optic fibre is a carrier, and you need equipment to power it along with bandwidth.

“With our solution, if they want to upgrade infrastructure…go from 10 mbps to 50 mbps, they don't have to put fibre or pay more. You can optimise in the 10 mbps,” Prakash says. “Our solution acts like a booster.”

“With 60 percent traffic of the traffic coming from B and C cities, there not enough bandwidth to meet the demand there,” Prakash adds.

Recently, at Mobile World Congress, PicoNets demonstrated that it was “faster than the cloud”.

“The ping or a request from the user does not have to go to the cloud all the time. Since the carrier has cached content, traffic can be managed because customers are served locally,” Prakash says.

PicoNets derives its name from piconet, an ad hoc network that links a wireless user group of devices. It charges an annual subscription fee for caching content.

The startup says most CDNs don't deliver because costs run into millions of dollars to deploy across the country and are fixed.

“With us, the media company's team has a CDN in its palm, and can choose how they want to deliver content,” Prakash says.

The startup helped the OTT player it is piloting with save 25 percent of the cost and improved the experience significantly.

PicoNets, which is an AWS partner, competes with StackPath, KeyCDN, and Cachefly.

Why this Delhi startup is betting on TV despite the rise of OTT platforms like Netflix, Amazon Prime, Hotstar

A KPMG report, Unravelling the digital video consumer, says India’s online video market is “potentially one of the most exciting markets and businesses in the world”. It estimated that India would have more than 500 million online video subscribers by FY23, making it the second biggest market in the world behind China alone.

The largest gain in this rising consumption for the viewer is in terms  of available options and depth of interactivity available on engagement with video. Many viewers are now crossing the line to become creators.

PicoNets is keen to change the way people consume content in the future and save OTT companies and carriers the need to invest in expensive CDNs.

The startup’s revenues will kick in only in the next financial year as the first set of contracts begins only this financial quarter.