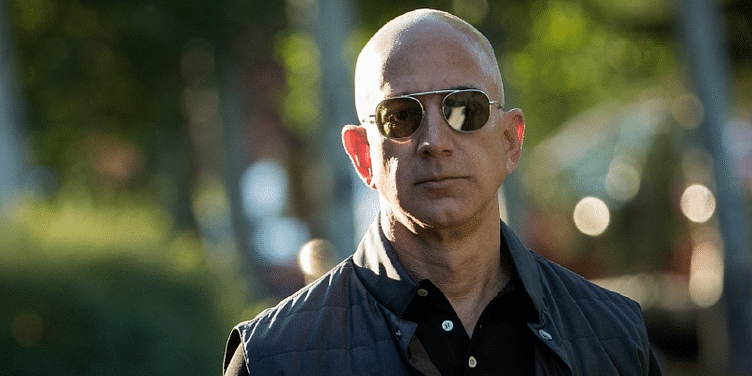 During his visit to India last month, Amazon Founder and CEO spoke about how the idea of Amazon was born from a simple thought.

Deciding to take the entrepreneurial plunge to start Amazon, was perhaps one of the best decisions Jeff Bezos has taken in his life.

But back in 1994, when Bezos was a senior vice president at D.E. Shaw & Co., a Wall Street-based hedge fund firm, his boss and founder of the company, David Shaw, actually discouraged him from starting Amazon.

During his visit to India last month, the ecommerce giant’s boss spoke about how the idea of Amazon was born from a simple thought. He also detailed his Wall Street boss’ reaction to his startup idea.

“I was living and working in New York City. I came across the fact that the world wide web was growing very fast and came up with this simple idea to sell books on the internet. I went to my boss David and told him the idea,” Bezos reminisced, explaining how the first seed of Amazon was sown in his head.

Shaw told Bezos, “Let’s take a walk” and took him to Central Park, an iconic New York City landmark, to discuss the then 30-year-old’s startup plan.

“Sounds like a good idea but probably a better idea for someone who doesn't have a good job,” Shaw told Bezos as they walked, while stressing on the fact that he would be giving up not just a pivotal role at the firm, but also financial security.

Interestingly, Shaw had himself left Morgan Stanley - a behemoth among wealth management firms - in 1988 to pursue entrepreneurship with D.E. Shaw & Co., which went on to become one of the five highest-grossing hedge funds of all time.

Bezos admitted that he found himself in a bit of a dilemma after the chat with his boss. “I went away, thought about this. I was trying to make a decision. I finally figured out that I didn't want to have regrets,” the Amazon Founder and CEO said.

What made the decision making somewhat easier for Bezos was picturing himself in the later stages of his life.

“I pictured myself as an 80-year-old and asked myself, ‘Would I regret leaving this company and walking away from my annual bonus?’.”

Then Bezos told himself: “You know when I am 80, I am not going to remember any of this. But If I don't try, I will definitely regret not having tried. Even if I fail, I would not have any regrets.”

If Amazon had failed, Bezos, an electrical engineering and computer science graduate from Princeton University, said he would have been “an extremely happy software programmer somewhere”.

But as it turned out, Amazon became a roaring success and Bezos went on to become the richest man in the world. What started in 1994 as a platform for ordering books online, is today a global ecommerce giant with a market cap of over $900 billion.