It’s time to #BridgetheGap to build an equal world 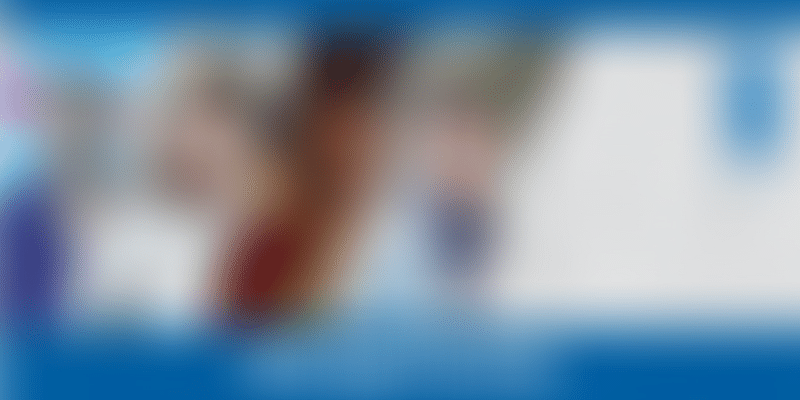 India has achieved many significant milestones during its development journey. In addition to being on track to becoming the world’s third-largest economy by 2030, the labour force is expected to grow by 32 percent over the next 20 years. However, one area that witnessed a decline was the representation of women in the workforce, which paradoxically declined to 29 percent from 35 percent in 2004.

Add to that the fact that more than half the work done by women in India is unpaid, unorganised and unprotected, and it becomes clear that a lot needs to be done if India is to improve its ranking at 130 out of 189 countries on the latest United Nations Gender Development Index despite the growth seen in educational opportunities.

In order to meet Prime Minister Narendra Modi’s target of India becoming a $5 trillion economy by 2024, it is crucial to bring greater gender parity to the workforce. The IMF estimates that an increase in the number of female workers in comparison to male workers would allow for an additional 235 million workers to join India’s workforce, which could catalyse the growth of India’s GDP by 27 percent.

To bring the conversation towards solutions for bridging this gap in gender parity, the UNDP hosted a series of discussions and interactions, on March 11 in New Delhi as part of its International Women’s Day celebrations. The theme for the event was Women. Livelihoods. Climate An equal world is an enabled world #EachforEqual.

There is greater awareness that perpetuating gender inequalities leads to depriving women of their basic rights and opportunities for well-being by keeping them poor and dependent. #EachforEqual was a world-wide campaign that called for collective action and shared responsibility to bring equality between genders.

In keeping with the theme of this year’s International Women’s Day celebration, the event featured a series of multi-stakeholder dialogues that revolved around achieving the United Nations’ Sustainable Development Goals 1 (No Poverty), 3 (Good Health and Well-being), 5 (Gender Equality), 8 (Decent Work and Economic Growth), 12 (Responsible Consumption and Production) and 13 (Climate Action).

All the speakers who took part in these discussions have, in their unique way, challenged gender stereotypes and perceptions in society. They included: Dr Heena Gavit, Chairperson of Standing Committee on Women Empowerment, and one of the youngest MPs in India at the age of 26; Mithali Raj: the trailblazing captain of the Indian Women’s cricket team that won four consecutive Asia Cup titles under her leadership, who shared a video message; and Licypriya Kangujam: the 8-year-old Indian Climate Activist who dropped out of school in February 2019 to protest every week in front of Parliament House and campaign for climate legislation. She is also the youngest speaker in the history of the United Nations, and received the World Children Peace Prize in 2019 for her efforts.

UNDP has been continuously striving towards creating an India that can proudly proclaim #EachForEqual. Through its skill and livelihood vertical, it has continuously enabled under-privileged women through training, employment and entrepreneurial skill development initiatives.

Some of these extraordinary women, who have taken a unique journey with UNDP towards breaking the norms and expectations of their milieu to achieve their dreams, also shared their story with participants at the event.

Among them was 53-year-old Sushila Sable, who started working as a waste picker as a child along with her mother to help support her impoverished family. Sheer hard work and the desire to manage waste effectively led her to connect with UNDP’s Prithvi programme, and she went on to become the President of the Indian Waste Pickers. She also represented India at the United Nations Framework for Climate Change where she spoke about the roles of waste pickers and till date, she has travelled to five countries to share her message.

Parvesh, a mobility trainer, also shared her inspiring journey. Hailing from a village in Badarpur, Delhi, Pravesh grew up in extreme poverty. Later on, she began working with Haryana’s health department where she travelled across the various villages of the state. The experience of being on the road made her realise that she could better relate with people, their stories and make an impact. The tipping point in her life was when she joined the Yes Center in Haryana as a trainee, and she found out that she could become a two-wheeler trainer. Parvesh convinced her husband to give the interview for the Ek Pahal project. Today, she is proud to have been personally witnessing transformation of girls through the mobility training and aspires to continue working on women empowerment in Haryana.

Another special woman who participated in the event and shared her life story was Darshana, whose childhood drive to do something good for her nation got her working with a relentless passion to build a center to care for local children. She soon got connected with Meraki’s Carepreneur programme and converted her bedroom into a center. Today, she isn’t just caring for the children, teaching and training them, she is also empowering women with her passion and hardwork. This was through the help of the Disha Programme of UNDP.

These women were among other inspiring changemakers spoke to the gathering about their journeys and how they overcame hardships to better their lives.

The event was the first in a series of campaigns that raised awareness about the need for a more equal world by dispelling misconceptions and putting the spotlight on pressing issues. Equality is something that we should all work towards, regardless of which section of society we belong to. Only then will we be able to #BridgetheGap.