Coronavirus in Europe: Quarantining as a tourist during the COVID-19 lockdown 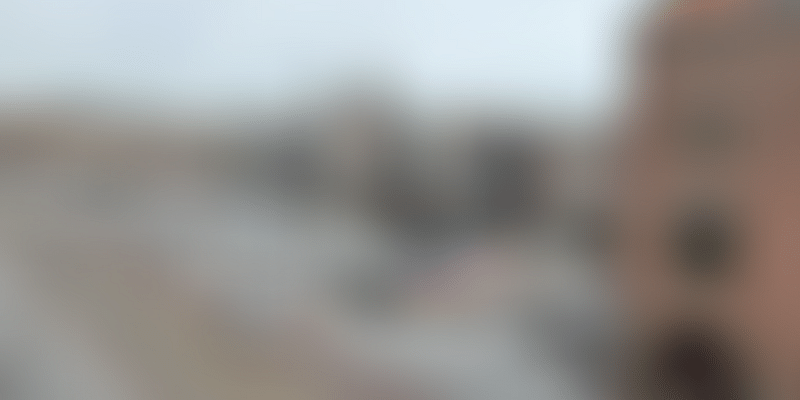 As the coronavirus pandemic takes over the world, a former Indian journalist writes how it is like to be in quarantine in Europe – as a tourist.

The world is in the grip of COVID-19. There is fear everywhere. However, I am stuck in an unusual situation in these extraordinary times. I am far away from home, i.e. New Delhi, somewhere in Europe.

The only solace is that both my parents are with me, and don’t have to bother about my whereabouts or how I am doing. And it goes both ways. I can see them and take the utmost care against the coronavirus together.

Many of you might be thinking what I am doing in Europe. If I stay here, why am I bothered? Well, I am on a Europe trip, a holiday, which I had planned in November 2019, when the only Corona we knew was the beer.

Cut to present – I left India on March 11. At the time, things were not this bad and I had no clue that COVID-19 will lead to a nationwide lockdown.

Even when I entered the international airport in New Delhi that day, things were normal. We passed without any temperature scans or anything. We boarded our flight and were in Istanbul airport after six hours.

There too business was normal, and nothing unusual suggested the battle outside. After about four hours, we landed in London's Gatwick Airport, where we first realised that things weren’t as they were supposed to be. It was empty except for my co-passengers in our flight and a few airport staff.

Our first day in London was normal. The tubes and streets were full, cafes were brimming with people, and we continued with our city tour as planned.

We went to the National Art Gallery at Trafalgar Square, and marvelled at the outstanding collection of Renaissance art. Next day, we went to Oxford and Bath.

We took a train from Paddington Station, and it was business as usual, brimming with commuters, travellers, and trains. Both in Oxford and Bath, cafes were open and city tours were running almost full.

In fact, at one point, we felt that the entire COVID-19 was an exaggeration by the media. Back in London, we even went to the Tower of London Museum to take a look at the Kohinoor.

Onto Scotland and Netherlands

After spending five packed days in the UK, we headed to Edinburgh. By then, we were hearing all sorts of grim news about India cancelling all European flights until March 31, but none of it seemed to reflect in the UK.

We explored the Scottish Highlands and searched for the elusive Nessie. On the eighth day of our trip, we reached the Netherlands and everything changed.

As we entered Amsterdam, we could feel a palpable tension in the air. The taxi driver who picked us up from the airport refused to lift our bags or talk to us directly. He had been warned by his manager to maintain distance from the customer.

The Netherlands was reporting a spike in daily cases, and the country was taking all precautions necessary to fight the coronavirus. Cafes, restaurants, museums – every point of attraction was closed. Even the famous canal cruises had stopped operating. Basically, we were looking at empty streets, and shut cafes, restaurants, theatres, and museums.

However, there was one thing fully operational – the cannabis shops in every nook and corner of the city. Priorities, am I right?

The first day in Amsterdam went nicely. We were on a walking tour and soaked in the city. The next day, we went to The Hague. There too, all museums and points of attractions were closed.

But we were happy to discover the North Sea. The gorgeous boulevard teeming with kids and their families was a sight to behold.

After two days in Amsterdam, we were preparing for our next destination – Brussels. But the coronavirus had some other plan.

Our hotel manager in Amsterdam told us that Belgium had announced a total lockdown and closed its borders. We called our hotel in Brussels and they informed us that they were cancelling reservations.

We weren't prepared for this. In fact, after Brussels, we had planned to go to a couple of more countries before returning to India.

This was on March 19, and full-scale lockdowns were beginning across the world. Borders were closing down, and travel was being banned between Schengen countries, which is unprecedented.

We had no place to go. We couldn’t go back to India as flights are suspended till March 31, and couldn’t move to our next destination due to lockdowns and also the fear of the virus.

Hence, we decided to stay put in Amsterdam.

We knew that the next couple of days in Amsterdam would not be similar to what we have faced back home or in any of our trips.

Coronavirus making you work from home? We tried these 6 free apps to break the monotony

Quarantining as a tourist

Our mornings would start around 8 am and we rushed down to eat breakfast. Gradually, we noticed that breakfast supplies started dwindling at the hotel we were staying.

This is not because of lockdown as the Netherlands has ensured that supermarkets remain open and food supplies be available.

But our hotel was on shutting down mode as we were the only customers. Keeping us in the hotel alone made no financial sense to them.

After breakfast, we would go for a walk. Lunch and dinner would be takeaway packets. Not that many restaurants were open.

But we could still sustain ourselves and our daily food requirements were met properly.

Even in these grim times, one has to acknowledge that Amsterdam is truly a photographer’s paradise. During these days, I have basked in its beauty and felt lucky to be stuck in this city, despite the ongoing coronavirus pandemic.

After seven peaceful days without any drama, our hotel informed us that the country's Prime Minister was expected to address the nation at 7 pm. They told us that looking at the worsening situation, he may order total closure of all hotels.

And in case that happens, we would have to leave its premises at 7 pm, and there would be no way of spending the night at the hotel.

The three of us were shaking with fear. We had no alternative. We didn’t have any family or friends in Amsterdam.

But, as luck would have it, a long lost friend managed to arrange our stay at a bigger hotel near the city airport. The place where we are in right now is far away from the city, nestled in the countryside.

We think we’re lucky to have found this place. Even as I write this, we still have four more days to spend in this country and things are still uncertain.

I hope we can reach our home safely on April 1, and put this truly memorable trip to an end.