To democratise online education, Lido Learning built its edtech platform in only 23 days 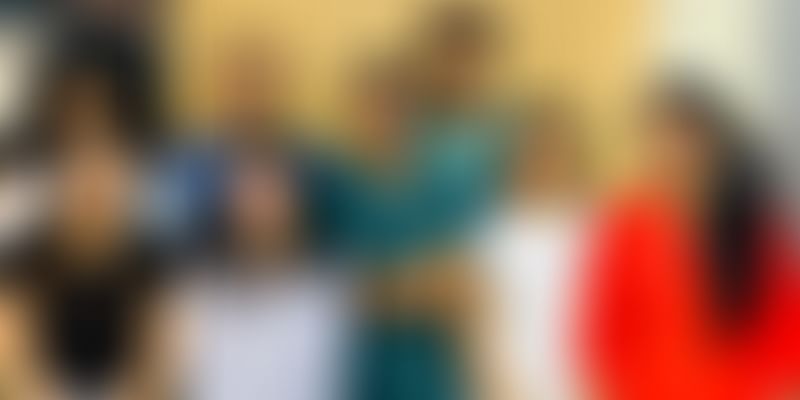 Founded by Sahil Sheth, ex-VP at Byju's, Mumbai-based Lido Learning caters to the K-12 category for students from Class V to Class VIII, and offers lessons in Math, Science and English.

Sahil Sheth, the Founder of Lido Learning has been in the edtech industry for the last 8 years. His first company Infinite Student focused on disrupting the self-paced textbook market by helping students access video lessons mapped to their curriculum via a mobile app.

The startup was acquired by Byju’s in 2015, where he worked for over 2 years as Vice President. At Byju’s, he realised that though most kids liked watching these self-paced videos, they rather enjoyed attending tuition with their friends.

He tells YourStory, "There was something special about being with other kids, than the discipline and motivation that came from the teacher. But I was sure that there was a way to move this online and into the 21st-century."

He spent a month in China, understanding how the entire tutoring market had moved online in the country. He saw how much more convenient and safer it was, especially for younger kids, and how parents could truly understand their’s child learning capability through advanced analytics. He understood that learning could be improved by tracking students’ performance and using interactive mediums.

Thus, the idea for Lido Learning was born – to disrupt the live class tutoring market by enabling students to connect with tutors from the comfort of their home, via a tablet app. Headquartered in Mumbai, Lido Learning was founded in April 2019. The current team has over 800 people, and Sahil says it is rapidly growing, with offices in Mumbai, Bengaluru, Delhi NCR, Lucknow and Indore.

Sahil was counting on the fact that internet penetration had increased a lot over the last few years, but most early users did not have an internet that was strong enough to conduct online classes. There were a lot of connection issues that interrupted classes initially. So, Lido moved to a model where it provided the hardware and the internet connection to ensure seamless service.

After building the platform in a record 23 days, Sahil set out to do trials with students in Delhi and Mumbai, who, according to him, absolutely loved it.

He says, "It was so much more engaging and interesting than their regular tuitions. But then, we tested it out with students in Lucknow and the response was even better. They were so thrilled to be getting the same product and the same quality of teachers that students in the bigger cities were getting."

That was when Lido’s vision changed. The CEO says it was not just about making tuition classes convenient anymore, but it was about democratising education for all. The team could now deliver high-quality education to students across India from the metro cities to Tier V cities, followed by expansion.

The first users were apprehensive of online learning, and were sending their kids to conventional tuitions. The students were going through the material over three times, which was not helping with their long-term knowledge retention.

"They were getting bored and started to tune out. It took us about two months or more to make parents to really start trusting us. A large part of the credit goes to our teachers who are the main point of contact with the kids and parents. We invest in our teachers, and give them a very rigorous training that is modelled on Teach for India’s," he recalls.

One of the biggest value propositions of Lido Learning is that it offers live tutorials with personalised attention for each student, and the teacher-student ratio is 1:6. The average classroom size in India is 55 students which means that students do not get the personalised attention that they need when it comes to doubt-solving, coaching and mentoring.

Lido’s small group format ensures every student has a teacher-coach as part of an immediate support system.

"Every child is a unique learner and has different strengths and weaknesses. Even with extra tuition, the core problem remains the same – tutors demonstrate how to solve problems and make homework and assessments that are the same for students across all batches, without offering tailored practice to students," he explains.

Lido's platform tracks students’ performance from the beginning to the end by personalising their learning journey so that there is added focus on their weak areas.

Sahil says though the current e-learning apps and platforms do attempt to fix the existing problems in the education industry, nobody focuses on offering a complete solution that includes doubt-solving and personalised attention.

Right now, the startup offers math and science tutorials to students of Class V to Class IX. Parents pay a subscription fee for their kids to attend small group classes, which has one teacher for up to six students. It also offers self-paced offline content like videos, quizzes, and games so they can continue to practice what they learn in class. At the moment, the startup has more than 2,000 customers according to its founder.

With $3 million in funding so far, Lido Learning is now at its Series A growth stage, with investments from the likes of Unilazer Ventures, Ronnie Screwvala, Ananth Narayanan, Arihant Patni, and Anupam Mittal to name a few.

The growth curve ahead

In 2020, the startup is looking to launch more courses like English and Social Studies. It will also start to offer classes for the K12 segment, and expand to various state boards. As of now, Lido Learning covers Class V to Class VIII for ICSE and CBSE boards.

The larger picture at Lido is to take a system that is marks-driven and turn it into one driven by learning, by teaching 21st-century skills like analytical thinking, critical reasoning, communication, collaboration, creativity. The goal is to help students excel both in and out of school, but also eliminate the stagnation of 20th-century topics.

Sahil adds, "Apart from building a better quality product, maintaining optimum or high service quality levels will be a key deliverable to sustain in the highly competitive edtech industry in the country. Both the parent and the student should feel well taken care of, at every point."