PhonePe attracts 40M users, processes transactions worth over Rs 7,000 Cr within 48 hours of bouncing back 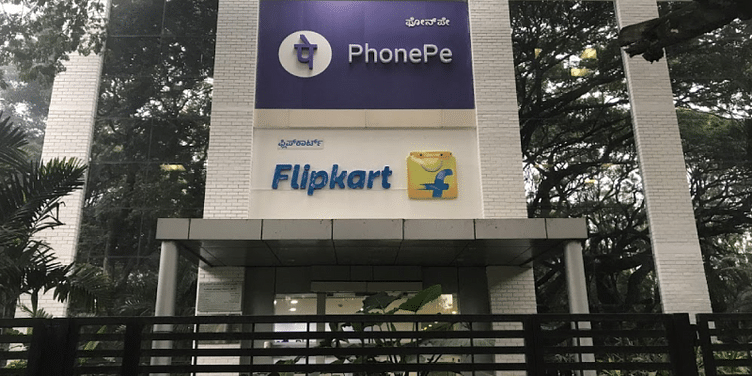 Flipkart-owned PhonePe told YourStory that it has processed a total payment value of over Rs 7,000 crore, 48 hours after it bounced back from an outage.

Bengaluru-based digital payments major ﻿PhonePe﻿ on Monday said that it has witnessed close to 40 million users transacting through its platform, 48 hours after it faced downtime of its payment services.

Additionally, the platform also said that it registered more than 125 million app sessions, 70 million of which were registered on Saturday alone.

The payment service provider told YourStory that it has processed a total payment value of over Rs 7,000 crore over the weekend between Saturday and Sunday. The number stood at Rs 4,100 crore, 24 hours after the service recovered from the outage.

Since PhonePe was subscribing to a single-bank model with Yes Bank as its only banking partner, as opposed to following a multi-bank system and partnering with multiple banks, the ﻿Flipkart﻿-owned fintech platform saw an extended service outage for 24 hours that started immediately after the Reserve Bank of India imposed a moratorium on Yes Bank on March 5 (Thursday) lasting until March 6 (Friday).

It sprung back around late Friday evening while performing a phased roll-out of UPI payments service to its customers to avoid any technical glitches on the platform.

Further, Flipkart-owned PhonePe leveraged ICICI bank as its new banking partner to offer UPI services on its platform, therefore rebuilding its entire payment stack within 24 hours since the outage.

“Friday was an extraordinarily difficult situation with little precedence. We are grateful to the RBI, NPCI, Yes Bank, and ICICI Bank for working collectively to ensure that millions of our customers and merchants were not inconvenienced a minute longer than necessary. The trust and loyalty of our customer and merchant partners have reposed in us by coming back in larger numbers than ever before is truly humbling. I would also like to take a moment to appreciate the mammoth effort of all the PhonePe employees who worked tirelessly for 36 hours straight with a singular focus on getting all our customer and merchant services live as fast as possible.”

During the moratorium, PhonePe and BharatPe wrote to the Reserve Bank of India along with National Payments Corporation of India (NPCI), which runs the UPI service, seeking its approval to reassign the YBL handle to other banks.

In this case, YBL, which is Yes Bank’s IP, got transferred to ICICI Bank at the tech backend, not affecting PhonePe’s customers, allowing PhonePe users to use their UPI @ybl handles, as usual. This also applied for PhonePe QRs which are pasted at multiple kirana stores nationally, and continue to work as usual after the transition.

At present, PhonePe claims to have more than 200 million registered users and is accepted over 10 million merchant outlets across 300 cities nationally.