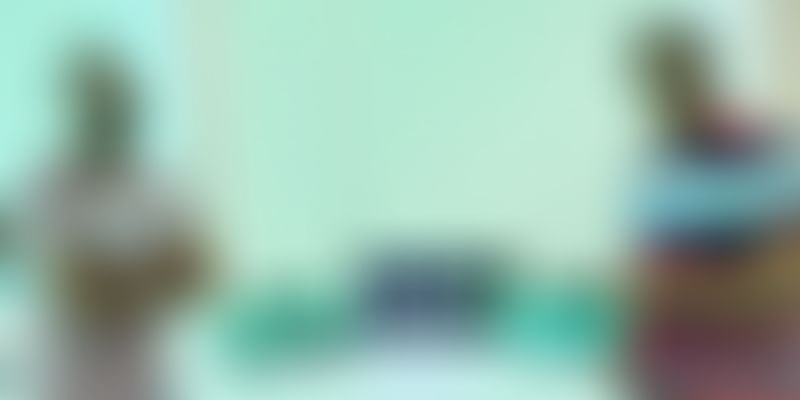 Nasscom-incubated startup Plugo calls itself the 'Bounce for power bank rentals'. Users can rent and share power banks through a simple mobile app.

Nawal Lodha spent over a decade at Cisco as its sole enterprise architect in India. He dabbled in emerging technologies like Internet of Things (IoT), built next-gen platform APIs, found use cases and customers, operationalised the products, and moved to new domains.

In 2018, as India’s IoT ecosystem picked up, Nawal focused on a use case that concerns us all – power banks and mobile charging. With a surge in smartphone-led media consumption and gaming, handsets are continuously running out of power.

“If you don’t always carry a power bank with you, it can be an issue because public charging stations aren’t a thing in India, unlike in China,” Nawal tells YourStory.

He had, of course, identified a pain point and was readying a fix.

This was also when the chatter around the sharing economy was growing louder by the day. Volumes were being written about how millennials didn’t like owning things anymore. Cars, bikes, houses, furniture, workspaces, etc. — they shared all.

Combining a definite void and an emerging trend, Nawal founded ﻿Plugo﻿, an IoT-enabled and fully automated power bank rental platform.  He also roped in US-return techie Abhishek Kumar as his co-founder and head of engineering.

Plugo was incubated under Nasscom’s 10000 Startups initiative in August 2019. By September, it had launched pilots in Bengaluru, starting with Nasscom centres.

Nawal, who also serves as the CTO, says,

“A distinct behavioural shift has happened, and with players like Bounce (scooter sharing platform) scaling up fast, investors are realising that the sharing economy is a real thing and will lead to the creation of new business models.”

Users can locate the nearest dispenser through the Plugo app on their phones. They can do an OTP-based sign-in and pay a refundable security deposit of Rs 199 to be able to eject the power banks from the terminals.

The platform is entirely subscription-driven, and follows the rent-charge-return model, which the Co-founder calls “the Bounce model”.

“You can pick up a power bank from any of our dispensers and return it at another dispenser in any city we are present in. All our servers are IoT-connected and do not limit your usage to locations… just like Bounce scooters.”

Users can enjoy unlimited pick-ups and drops on subscribing. Based on usage, Plugo offers hourly, monthly, quarterly, and yearly plans.

Plugo has self-designed its power banks and roped in a Chinese partner to manufacture the devices. Each power bank has a capacity of 5,000 mAH and comes with three types of inbuilt cables, which can charge USB Type B, Type C, and iOS devices.

“Each dispenser has 10 slots, but we fill about six. The empty slots are for users to return the power banks. Our servers track demand and movement in real-time, and we have operations teams on-ground to take care of the rebalancing.”

Plugo has more than 900 terminals in close to 800 locations across five cities: Bengaluru, Mumbai, Hyderabad, Surat, and Goa. It plans to start operations in Delhi-NCR over the next few months.

While metros are its ‘prime markets’, the startup has set up kiosks in Surat and Goa to understand demand in Tier-II cities and tourist towns. “We are trying to gauge if there are any specific patterns in small and tourist towns, so we can replicate the learning in other locations,” Nawal shares.

In seven months, the bootstrapped startup has processed 40,000 rental requests, and clocked 31 million minutes of charging, with 90 percent of the usage happening in the last two months. Plugo looks to add two lakh users in the next two months.

Plugo is also inking long-term business partnerships with foodtech companies and logistics operators such as Swiggy, Zomato, Flipkart, eKart, Rapido, and others. “Delivery executives face a critical problem when their mobiles run out of battery. We are placing Plugo terminals at delivery hubs and inside cloud kitchens,” Nawal reveals.

The startup has roped in other institutional clients like Fortis Hospitals, Phoenix Marketcity, OYO, Bengaluru Metro, Mumbai Metro (run by Reliance), and is also in talks with telecom companies to launch bundled service offers with handsets.

“We are looking at B2B partnerships at the top so that we can proliferate across centres and levels. The feedback we received is extremely positive, and users have said that they felt a sense of independence with a service like Plugo,” states the Co-founder.

While Plugo claims that it was India's first power bank sharing platform, it is not the only one. The market has witnessed the mushrooming of similar services like Grover, MobiJuce, ChargedUp, Spike, and others.

But, Plugo believes that its biggest opportunity lies in improving asset utilisation and reducing the carbon footprint of power banks.

“India is estimated to have 100 million power banks, but the utilisation is just one percent. That means your power banks are idle for 99 percent of the time when millions of others can use them. We can bring down the Lithium footprint by removing the need for people to own power banks and replace it with a shared economy of power banks through platforms like Plugo.”

Given that India’s sharing economy is projected to reach $20 billion by 2024, according to EY data, opportunities abound for startups like Plugo.

But it won’t stop at power banks. “Our aim is to get into EV battery swapping at some point. That is picking up well. Renting is the way to go,” says Nawal.