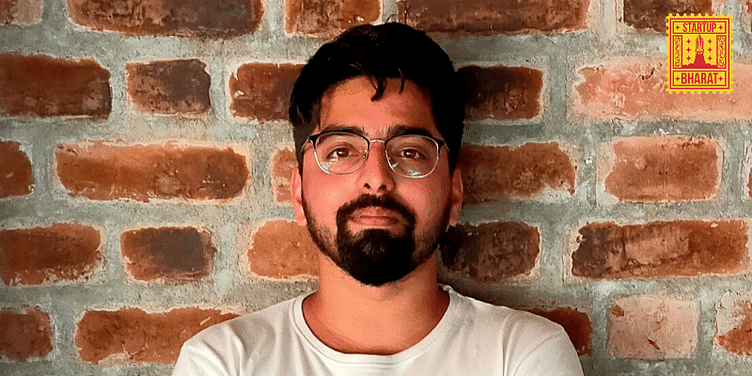 Rajat Khandelwal, the Founder and CEO of ﻿ClassVita﻿, lives in a joint family where three kids are pre-school goers. He recalls some typical conversations between them and their parents:

Parent - How was school today?

Parent - What did you learn at school today?

Parent - What did you eat for lunch?

"The communication problems and children go together like macaroni and cheese,” Rajat tells YourStory.

After interacting with several parents of pre-school goers, he understood that they would often miss out on key moments of their kids while they are at home or work. They do not know how to contribute to their child’s development and what exactly is going on in school. He says it is a typical story of every parent with a younger kid, going to pre-school or daycare.

Rajat spent significant time with teachers and administrators to understand the same, and identified that running an early education centre is a big challenge.

In a daycare – teachers have to keep a daily schedule of food, nap, potty, and other major learning events in a paper sheet. Imagine having to make hundreds of reports manually and stack them every day.

The CEO says there was a need for an integrated solution that takes care of all the needs of an early education centre and keeps all the stakeholders happy in the process.

“For an administrator, they have to run a profitable business and a school simultaneously. We need to understand that these are small businesses and usually run by women entrepreneurs. I realised the system is broken from both sides – schools and parents," Rajat adds.

ClassVita was founded in March 2017 in Jaipur, and it shifted base to Bengaluru later. The team is spread across product, design, software development, and business development, with a strength of 21 employees.

Before starting ClassVita, Rajat was part of the core team at CarDekho Auctions, where he worked on used car pricing engine from the scratch and was also responsible for operations and product. A Commerce graduate from Rajasthan University, Rajat also cleared all the three levels of CFA.

In a daycare, teachers and nannies have to maintain a sheet where they have to record learnings such as what the child has eaten and by how much, how much he/she slept, potty timings, and daily achievements for every child. The number of papers and the time consumed to maintain such data with no analysis is just limitless, says the founder.

ClassVita claims to be reducing that time from two hours to less than 10 minutes, saving on costs simultaneously.

Rajat said, "I spent countless hours in pre-schools and sat with teachers and parents, listened to them to understand the major pain points, and designed a product that fits and is easy to use for a pre-school. We launched a minimum value product (MVP) in 12 schools in Jaipur and gave them free software for a year.”

After regularly taking feedback from teachers to keep iterating the product, he says, the product was made scalable for the next 100 pre-schools.

So far, the founder claims to have seen 60 lakh pieces of content uploaded in the form of photos and videos, which created more than 10 lakh interactions.

"On the other hand, parents got excited to see the live updates about their child so that they don’t miss out on anything. In this process, we drove more than Rs 1 crore in fee payments for the schools through ClassVita," he adds.

With major competition from the franchise School Diary, ClassVita differs in its focus on product experience and using it to solve the problems at early education centres.

The objective of the startup is to help teachers do what they do best – teach, and not be involved in filing reports and diaries.

The startup partnered with some of the prominent pre-schools in India such as Alpha kids International Preschools, Kangaroo Kids Preschools, Kidveda, Little Millenium, among others.

"We gave a voice to pre-schools from the remotest corners of the country like Tinsukia, Dibrugarh, Malegaon, and places you would have never heard of. We helped them become digitised and save costs significantly," he adds.

As part of the revenue model, pre-schools pay ClassVita an annual fee which is customised on a case basis. Rajat says that the startup is operational in over 250 pre-schools, and clocking Rs 70 lakhs in annual revenue.

ClassVita captures the entire pre-school ecosystem in four products, catering to each stakeholder in pre-school:

Several schools work as a master franchisee and they operate on a revenue-sharing model. ClassVita also ensured that the entire business of franchisee works on a single platform, through an app.

"While researching the pre-school market and after spending long hours with teachers and parents, I found an opportunity big enough that can be solved through a digital platform," Rajat adds.

The road to acquisition

For Rajat, being a first-generation entrepreneur in his family, leaving a job, and starting up was not an easy journey. There were times when the app crashed and he called every single customer personally to not lose them.

"But, we saw teachers and parents get addicted to using ClassVita, and using the app so much throughout the day. Even if they noticed the issue, within two minutes, we used to receive tons of calls and they couldn’t wait for ClassVita to come back online again."

ClassVita raised $60,000 in its seed round of funding from one of the executives of CarDekho and Rajat's friends. The funds are used to reach more schools and invest in product development.

Earlier this year, ClassVita got acquired by Kriyo.com, a similar pre-school management startup based out of Bengaluru.

"Kriyo has a great product and shares the same passion and mission for which I started ClassVita. We're excited to be joining forces and for what this means for our pre-schools and families," Rajat concludes.