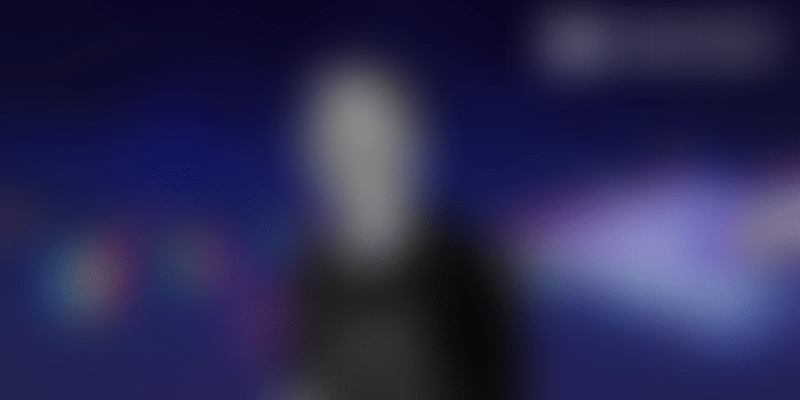 In this week’s Techie Tuesday, we feature Nicholas Tornow, the Twitter Engineering Platform Lead. He talks about why he chose a course at MIT, his work that made Zynga a mobile-first company and scripted a comeback for the game developer, and why his views on polarisation led him to Twitter.

Nicholas ‘Nick’ Tornow, Platform Lead, Twitter, strongly believes that technology and its advances are significant, but what matters most is how that "has changed the way people behave and think”.

He considers this aspect even when he hires engineers.

“I see if people want to understand that larger objective, and bring that into their work. What is important, and how do I use my tools and skills to further that? How do I epitomise the broader challenge as opposed to just raw talent? It all boils down to a learning mindset,” Nick says.

At Twitter, apart from scaling the platform, Nick and his team of over 800 people work towards fighting misinformation and abuse, and focus on healthy and constructive public conversation.

For, he believes that technology can help combat polarisation and misinformation.

On how he joined Twitter, Nick says: “I had an idea of what Twitter was. I am very disconnected from modern culture, but determined that Twitter was the epicentre of press, politics, and misinformation. In 2018, I was looking for a role, a meaningful step forward in my career, and I talked to Jack Dorsey before I joined. I wanted to know if the company cared about polarisation and misinformation as much as I did. When I realised they did, I joined Twitter.”

As the Platform Lead managing a large team at Twitter, Nick is no stranger to tough problems. He’s been CTO of Zynga during its toughest times, and understands that key stages need a cultural and mindset shift.

Starting with an old IBM and Pascal

Nick’s father was an airforce officer and his mother a writer and a teacher. Born in Maryland, he lived in different parts of the US, including Maryland, New Hampshire; Sacramento; California, and Texas, Austin. His family also lived in West Germany for four years.

The young boy always loved science. “When we lived in West Germany, my father bought us an Amiga computer. I started using that, poking around, experimenting, playing games,” Nick says.

In 1992, when the family moved to Texas, Nick began using the computer at high school. He opted for the computer programming class, and worked on an old IBM with Pascal to create a game.

Nick enjoyed working on computers, but never realised it could be a career.  “But I was sure I wanted to do something to do with science, and applied to MIT Massachusetts,” he says. Soon, he began considering engineering and computer science.

At college, Nick focused on two areas: artificial intelligence (AI) and the capacity of computers to render art.

“Today we have technologies that are significantly closer to representing very complicated systems in a way that is directionally headed towards the complexity of the human brain, or beyond; it is very intriguing,” Nick says.  He was also interested by a computer’s capability to render dynamic and beautiful art.

“I have always been into art, but never done it manually. I didn’t have the patience to be good at it,” Nick says.

College was an intense time, and Nick pushed himself to finish his bachelor’s and master’s courses in four years.

“I liked the competitive environment at MIT; it was one of the reasons I chose it over Stanford. I signed up for a lot of courses and classes, did charity, extra-curricular activities. I think I pushed myself too hard. The transition between bachelor’s and master’s was blurry,” he recalls.

Nick started interning and working during his third year. In his senior year, he was a research assistant at the MIT computer science lab where he did a lot of coding.

In 1998, after passing out, he joined B2B startup I chat in Austin, Texas, where he worked with the team to build a multi-threaded C++ chat server. This then evolved into an automatic call distributor (ACD).

“It would do skills-based routing of problems that customers were running into to agents, via chat,” Nick says.

Nick, who likens working through complicated puzzles to being "a detective", says work life was a completely different experience as he could focus on only one thing.

“I have always been relentless, and taken great satisfaction in solving. The ability to focus on something for months at a time was satisfying. I spent a significant amount of time with the sales team, understanding what the customer wants,” he says.

Coming closer to the consumer

It was this interest to learn what the customer wants that got Nick out of enterprise software, which he says has “significant structural separations between engineers and customers”.

“I felt this angst about who are the people actually using us and what do they want,” he says. By 2000, I Chat was acquired to become a larger enterprise company; the next year, Nick left to join a startup, which he says “didn’t go well”.

“I was relatively young in my career. This was essentially a VC-funded startup and there was an irrational exuberance about things 2001. In 2002, they just ran out of money,” he says.

In 2003, Nick joined SupportSoft; a year later, he relocated to California. “Till about 2003, I focused on building relationships with other engineers and makers that I respected. I was more interested in learning and building than making money,” he says.

It was at SupportSoft that he connected with Mark Pincus, who later founded Zynga, and Cadir Lee, the CTO of Zynga. Nick joined Zynga in 2008 and stayed with the game developer till 2018.

“When I joined Zynga, we were trying to build games in a way that allowed us to integrate them into multiple social media platforms. We were a small team; one person managed and ran four games. We had one million DAUs. I worked on word games like Scramble and Word Twist,” Nick says.

Zynga then gave tech leads a high degree of autonomy.  “The idea was to completely own the part of the business, and the mission was to grow DAUs,” says Nick, adding that he was doing everything - from product management to QA deployments and customer support.

“It was the first time I had worked like that, with those many people and that degree of autonomy. We were successful in growing that product,” Nick says.

When the game Mafia Wars took off on Myspace, Nick was called to help grow the game. It became the first game with over a million DAUs. He managed the database, migrated data centres, and managed the load as it got bigger.

Nick soon developed the reputation of knowing how to scale games, and when Poker started, he became the CTO of the game. He explains that every game at Zynga ran like a business, each with its own CEO and CTO. Poker soon exploded to over 9 million DAUs.

“It's a live multiplayer game. It's also a game that is subject to exploitation, black market, and things like that. So, along with scaling, we were fighting this,” he says.

During the same time, Zynga had launched Farmville, where Nick used the learnings from Mafia Wars and Poker for the backend technology stack. He says the launches were successful not only from a business perspective, but also from a technology point of view.

Cityville was launched in quick succession, and became the largest game on Facebook for two years.

Around 2012, the world started moving towards mobile and Facebook started changing its business model. It was also the time Nick went on paternity leave.

When he returned to work in 2013, it was to a different Zynga. Attrition was high, stock prices were plummeting. Mark Pincus had stepped down, and Don Mattrick became the CEO.

The day Nick got back, Cadir Lee, then CTO, called him into his office. He said he was stepping down and asked if Nick could be the CTO.

“I was very surprised and shocked. I was not up to speed, wasn’t sure what needed to be done, but I really looked up to Cadir. I thought it was a once-in-a-lifetime opportunity to be CTO of a publicly traded company,” he says.

Being a war-time CTO

From managing a team of five, Nick had to take charge of a 120-member team as Zynga CTO.

“It was a stressful period, but during those two years we moved Zynga from our data centres to AWS. We shifted all our best engineers to mobile. It was a really important period for Zynga because on the surface we were imploding, but internally we were pivoting,” Nick recollects.

He adds that Zynga was a web business on social networks with successful investment schemes, and that was the surest way to drive incremental revenue.

However, the market was shrinking and a new one was emerging around mobile. “We made some bold decisions then,” Nick says.

During the same time, Mark Pincus came back and the company got another CEO, Frank Gibeau, By 2018, Zynga found its feet and became profitable again.

“I saw different perspectives on a wide variety of leadership decisions. It was a company where high degrees of autonomy, rapid movements, and exploration of the space were appropriate; Mark Pincus was a master at that. But soon paces of scale were no longer needed. We needed more tech standardisation, and Mark wasn’t the best fit then,” Nick says.

He adds there were also points where you needed to forget everything and start from first principles.

“Books and people often give single perspectives on how you should do things. But being in the middle of things, you realise it's not so simple. Different solutions are needed at different times; some people can adapt to those changes, some can’t. I gained a muscle memory of what it looks like when a company's transitioning through different stages,” Nick says.

During the 2016 US election, Nick started feeling uncomfortable at the visible polarisation.

“I am very concerned about polarisation of the world. I believe both technology and the human species are threatened. But, we cannot progress without important conversations,” he says, adding that this led him to Twitter.

Advising all techies, Nick says they should focus on doing “what you enjoy and what gives you energy rather that what other people think”.

“If you align with what you enjoy, you have increased likelihood of being successful. There are many long periods of difficulties, and people who enjoy the process are the ones who come through,” Nick says.