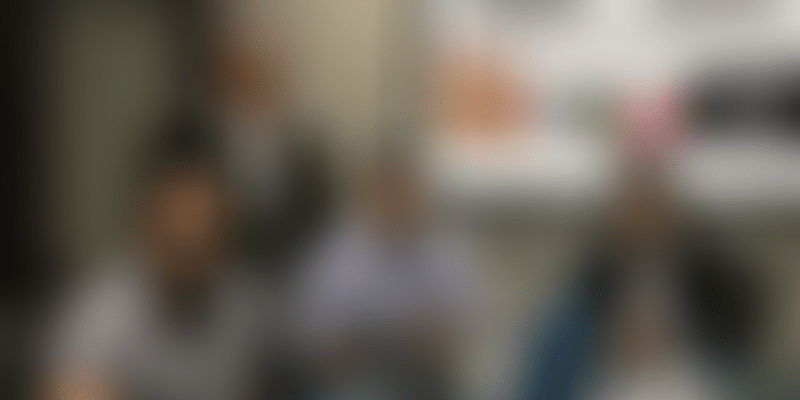 Healthy lifestyle company Wow says reimagining the way we operate and work, and conserving cash is the only way to survive the pandemic.

It is the last quarter of FY 2019-20. Amazon India’s biggest skin care brand Wow Skin Science is preparing for its best quarter yet.

It is focused on processing over 19,000 orders per day and is ramping up operations at its factories in Himachal Pradesh and Bengaluru.

Founders Ashwin Sokke, Arvind Sokke, Karan Chowdhury, and Manish Chowdhury have their sights on the global market. They already have a manufacturing plant in the US, and have become one of the leading challenger-brands there. Revenues from the company’s US operations have crossed more than $29 million, while its India business earned close to $21 million.

Even Amazon revels in discovering Wow and publicly talks about the success of this Bengaluru-based brand, which has plans to reach Rs 1,500 crore in less than three years.

Cut to March 2020. COVID-19 hit and it quickly spread across the world like a disease with literally no cure. The Indian government imposed a mandatory lockdown in the last week of March, ordering factories to shut down and restricting movement of vehicles on the road.

On March 23, Wow was forced to shut down its warehouses, which had around a million units of stock, and send home 90 percent of its 250-something factory and corporate workers. To make matters worse, trucks that transported the company’s goods across the country came to a grinding halt.

Taking stock of the fast-unfolding situation, and with demand falling rapidly, the founders realised they had to go back to their learnings from 2014, when they had to do everything frugally and manage cash (working capital) cleverly.

The founders decided to revamp all their processes and go back to functioning like a startup when they served small orders.

“We just received four thousand orders a day in the second week of April when we expected nothing at all, and we celebrated it,” says Manish.

“The orders have dropped to two thousand per day now. The only saving grace is our US business, where we are getting aid from the government to retain our employees,” he added.

Manish and Karan, both brothers, along with Ashwin and Arvind started the company in 2014, personally investing an undisclosed sum.

Wow came out of Ashwin’s desire to launch an online healthy lifestyle brand on an experimental basis for young Indians and Americans. He roped in his old friends, Karan and Manish, and his own brother Arvind to discuss the idea.

What started as an experiment immediately became an instant hit in 2016, with 95 percent of the company’s revenues coming from online sales. The bootstrapped company, which rapidly started expanding its product line, was wined-and-dined by several funds.

But then the coronavirus pandemic happened and changed everything.

Acknowledging the crisis, which has already brought several companies to their knees, Manish says only companies in a strong cash position with strong control over operations will manage to come out relatively unscathed.

The brand has not announced any lay-offs yet, and believes they owe their staff a lot for being with them.

Change is coming, but it has to more permanent

It has been nearly four weeks since the lockdown, and the company is beginning to see a slight pick-up in activity, as well as several beneficial changes in customer behaviours.

The lockdown order effectively forced people to switch to online shopping because of movement restrictions and social-distancing norms, even for bare necessities such as vegetables and groceries.

That, along with people re-evaluating their lifestyle choices with more free time on their hands, bodes well for online sellers, especially ones that promote healthy lifestyles like Wow.

Wow said it sold a lot of its healthy living products such as the onion and black seed hair oil, apple cider vinegar, and Omega-3 tablets online during the lockdown period.

But logistics continues to remain a problem as is reduced manpower: “We are functioning at less than 20 percent capacity,” says Manish.

Despite their woes, he says the last 20 days “have been incredible” because they have had to rethink their company, and its processes.

“It is no longer about revenue – it is about our customers and making sure we deliver our products to them.”

One of the ways Wow has changed its processes is accepting only prepaid orders, instead of cash-on-delivery (COD). In the last quarter, COD deliveries made up about 50 percent of the total orders on the company’s platform. In contrast, it now has 100 percent prepaid orders today.

“We only hope that consumers can carry this behaviour forward,” Manish says.

Wow’s founders believe that the pandemic should change the way distribution works in India. Currently, distribution is broken with brands taking orders on ERP from distributors and don't have any data from small businesses because kiranas do not have technology. No wonder brands are able to capture only trade data, leaving small retail stories, which are not digital yet, in the lurch.

The government has time and again requested ecommerce players to work with kirana stores, especially during the pandemic, and they have met with some success.

Amazon, for example, has reached out to more than 5,000 kirana stores to help consumers shop more easily, while Reliance Jio and Facebook struck a deal worth Rs 43,574 crore to help local shops go digital on Jio Commerce, and also sell on WhatsApp.

Amazon and Reliance going after small stores could be game-changing for brands.

“The government wants us to work with small stores during the pandemic. They believe that the pandemic may only help large ecommerce players, so they have clearly stipulated that ecommerce companies should work with kirana stores. New business models will emerge where Swiggy, Zomato, and Dunzo will become our mainstream delivery partners to deliver our product locally and in a faster manner,” says Manish.

He adds, “The model that will emerge is that the kiranas will take orders from customers in their area, and fulfill them by ordering from ecommerce companies. This is the future for brands, and they have to be part of this journey."

Even though 93 percent of Wow’s sales orders come from ecommerce platforms, its products were available in 3,500 brick-and-mortar stores, the company says. Recently, it launched an Android and an iOS app for loyal customers, which ranks number 30 in the brands category on the AppStore.

The company is also betting on ecommerce in the US, where shipping is slow, but still functioning. Wow said it is readying seven containers to ship to the US, at present.

Manish says young brands right now should do everything that can to conserve cash, and survive the next 12 months.

“Think about how you struggled in the first four weeks – printers and packers were not there, raw material was not moving, there were no workers and truckers – and behave like that.”

Especially at the moment, there’s no need for digital marketing. Focus on content that communicates with loyal customers, he advises.

“Don’t invest in any form of advertising (right now), and instead, conserve cash. Word of mouth is important to build the brand if you are already established. Today, CPM (cost-per-thousand-impressions of ad) is low, but we would not want to spend money on converting new customers,” quips Manish.

“We did keyword marketing in the early days. Once the brand picked up, we spent money on increasing the experience with great content and product innovation,” he adds.

Talking about the larger startup/SMB ecosystem in India today, Manish agrees that the lockdown was necessary to save lives. But, with the economy still taking a beating, entrepreneurs are looking to the government for help.

“I am a brand owner and cannot politicize things. The government should have allowed small businesses to function in the non-essential segment too because they are also critical for the economy. The moratorium of three months for not paying GST was a good thing. However, businesses need working capital, and they must get back the GST credits.”

On steps announced by the Reserve Bank of India, Manish says the nation is “yet to see banks translate that into reality.”

"For a business, everyday without cash is disastrous situation to be in,” he concludes.