Farmer engagement is the hardest obstacle in agritech, says Mark Kahn of Omnivore 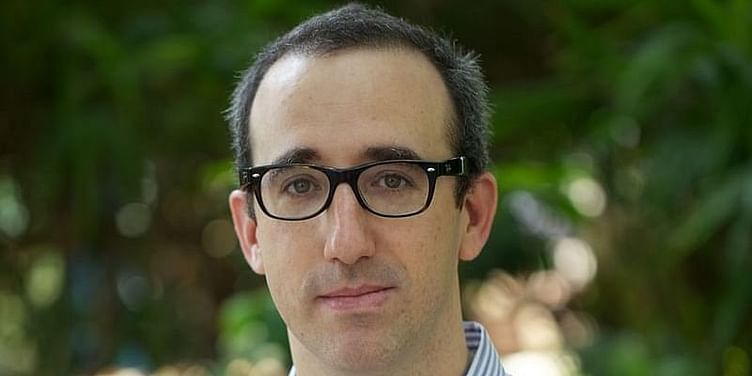 In this episode of 100X Entrepreneur podcast, Mark Kahn, the founder and managing partner of Omnivore, the agritech-focussed VC fund, shares his insights on investing in agritech startups.

With a bachelor’s degree from the University of Pennsylvania, Mark Kahn pursued his MBA from Harvard Business School. He then founded impact venture fund Omnivore in 2010 to invest in agritech startups.

So far, Omnivore has invested in over 24 startups, which are based on multiple verticals like farmer platforms, B2B marketplaces, F2C (farm-to-consumer), and rural fintech. Some of Mark’s portfolio companies include ﻿Bijak﻿, ﻿Stellapps Technologies﻿, and ﻿DeHaat﻿.

“We like to use the term agritech because we are definitely not investing in farms or in traditional enterprises. When we see agriculture in India, we see core agriculture, allied related financing, the risk management, the insurance, and all of the food processing. When you add all that, it winds up being about 25 percent of the Indian economy," says Mark, the founder and managing partner of Omnivore.

After working in business strategy for five years, Mark worked at Godrej Agrovet as its Executive Vice President for strategy and business development for five years. In 2010, along with Jinesh Shah, he started Omnivore.

The investment firm completed its first close of $46 million in January 2018. The LPs then included RBL Bank, DGGF, KfW, SIDBI, The Rockefeller Foundation, AXA Investment Managers, Ceniarth, and the Sorenson Impact Foundation. Earlier, in 2012 and 2013, Omnivore had raised $40 million as its first fund, exclusively from domestic investors.

With a belief that investing in 25 percent of the total economy and 50 percent of the farm-living population, Mark says he does not have to do agritech and something else because the numbers are huge. Having said that, the VC fund looks closely at farm-to-fork models and everything that surrounds agriculture, innovative food, and the rural economy.

He further said that the team at Omnivore never struggled with deal flow or pipeline in practice, and that it has always seen great entrepreneurs and deluged with opportunities to look at. While he believes that generalist funds are wonderful to partner with, Omnivore also co-invests with many of those VC funds.

Mark said, “As a sectoral fund, what we are able to build is serious subject matter expertise, and we have built a team of people that come from this sector who can add disproportionate value to startups we work with. We have curated people that we’ve put together, who are all experts in agriculture, agribusiness, and rural development."

Mark believes farmers who have worked with Omnivore’s portfolio companies have been able to transform the profitability of their farms.

Challenges around investing in agritech

Speaking of the challenges, Mark says it really depends on whether the startup is focussed on a B2B model or a Business-to-farmer (B2F) model. When it comes to B2F, while directly engaging with the farmers, founders will have to overcome the fact that a lot of farmers are not very wealthy.

“It is important to understand that in agritech, farmers can be segmented just like any group of consumers, and the same way that most urban B2C startups didn’t focus on the urban poor. They focussed initially on the top 10 to 20 percent of them, and put them into the middle class. Agritech startups are usually focussed on the top 20 percent of Indian farmers who own about half of the land in the country, and are more progressive and have a surplus in common and can invest.”

He also says it is imperative to figure out how one can leverage digital technologies to facilitate the onboarding and lower the costs for B2B players.

Mark adds that the challenges are very similar to any other B2B players in any ecosystem - be it with food processing or food retailers, among others in the value chain.