Meet the 15 startups that are part of Surge, Sequoia Capital India's early-stage programme 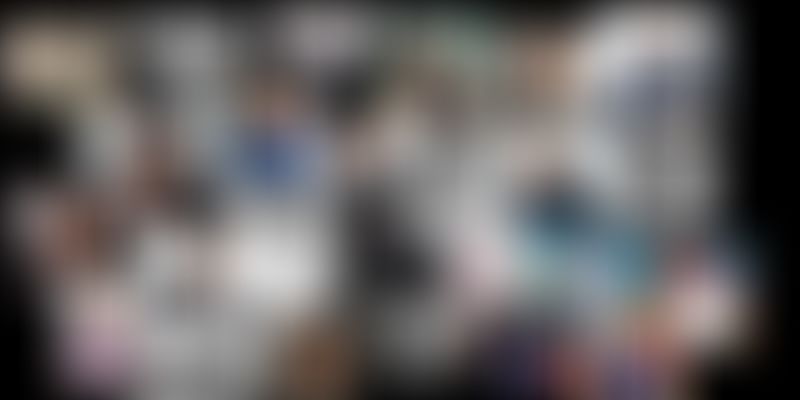 Surge, Sequoia Capital India's rapid scale-up programme for early-stage startups in India and Southeast Asia, has announced its third cohort of 15 startups that are solving a wide range of problems across a diverse set of industry verticals.

These startups are solving a wide range of problems across a diverse set of industry verticals, like SaaS, dev tools, consumer, F&B, education and health. The founders are from eight nationalities, including India, Indonesia, Vietnam, Singapore, Italy, Canada, Barbados, and Sweden.

“It’s been incredible watching our Surge founders build innovative, global-first businesses from the region. Our past Surge cohorts have displayed relentless drive, tenacity, and passion to create real impact in their respective industries and communities, and Surge 03 is no different. We are proud to be able to partner with this current cohort of ambitious founders building their companies in one of the most challenging periods in modern history."

This too shall pass but startups need a strategy to emerge stronger: Rajan Anandan, Sequoia India

The press statement shared by the company said Surge had been designed with an ‘open architecture’ in mind and encouraged other investors to come in on the first Surge round, held at the start of each programme. Over 80 percent of Surge 03 startups are coming on-board with institutional co-investors, and close to 50 percent also have angel investors.

Collectively, the Surge 03 cohort has raised over $39 million in their Surge rounds.

Started on April 13, Surge 03 is has gone online completely for the first time. The day-long sessions are held once a week for over 15 weeks. Some of the top mentors include Kunal Shah, Founder of ﻿CRED﻿; William Tanuwijaya, Founder and CEO of Tokopedia; Doug Leone, Global Managing Partner, Sequoia Capital; and many other experienced founders and investors from Vietnam, Indonesia, India and the US.

Surge was first launched in March 2019, and the programme has since then built a community of over 110 founders from 52 startups across six countries.

The programme combines $ 1-2 million of capital for startups. It also conducts company-building workshops, speakers, and mentorship from companies like CRED, MPL, ﻿BYJU'S﻿, and ﻿Unacademy﻿.

Several Surge startups have gone on to raise subsequent rounds, and are said to have raised over $250 million after their programme. Some of these include ﻿Bijak﻿, ﻿BulBul﻿, ﻿Doubtnut﻿, ﻿KhataBook﻿, and InterviewBit’s Scaler Academy from India, ﻿Telio﻿ from Vietnam, ﻿Zenyum﻿ from Singapore, and ﻿Bobobox﻿ and ﻿Chilibeli﻿ from Indonesia.

Startups of this cohort include:

﻿Atlan﻿: Founded in 2019 in Singapore by Prukalpa Sankar and Varun Banka, who had earlier founded Social Cops, Atlan is building a a home for data teams by bringing together diverse people, tools, and data to create a frictionless collaboration experience.

BukuKas: This platform helps owners of Indonesian MSMEs understand and manage their financial flows more effectively with an easy-to-use digital ledger they can download on their smartphone. BukuKas was founded in Indonesia in 2019 by serial entrepreneurs Krishnan Menon and Lorenzo Peracchione.

CoLearn: This edtech platform empowers tuition centres and tutors to create online learning experiences for students. CoLearn was founded by Abhay Saboo and Marc Irawan in January this year.

Convosight: Founded in October 2019 by Tamanna Dhamija, Tarun Dhamija, and Kartik Bansal, ﻿Convosight﻿ is a community management platform that uses the power of data analytics and machine learning to help admins and brands create, moderate, grow, and leverage communities meaningfully.

Fittr: Backed by Indian actor Suniel Shetty, ﻿Fittr﻿ is an online fitness app that offers users a one-stop platform for nutrition and health guidance. The startup was founded in 2016 by Jitendra Chouksey, Sonal Singh, Jyoti Dabas, Bala Krishna Reddy, and Rohit Chattopadhyay. The app was launched in 2019.

Hangry: This cloud-kitchen  serves up multiple in-house ‘virtual restaurant’ brands for online orders and delivery. The startup's model allows it to produce quality food at affordable prices to cater to Indonesia’s fast-growing, mobile-first population. It was founded in 2019 by Abraham Viktor, Andreas Resha, and Robin Tan.

Last9: This Site Reliability Engineering (SRE) platform makes running systems at scale easy. Founded by Nishant Modak and Piyush Verma in January this year, the startup is in stealth mode.

Pencil: Founded in May 2019 by Will Hanschell and Sumukh Avadhani, this startup brings the scale of algorithms to the creative process by generating ads that are predicted to work. It is the first generative creative platform for performance advertising teams in brands and agencies.

Pentester Academy: This startup trains security professionals on the art and science of defeating hackers and making the internet safer. It does this by replacing theory classes with practical experiences that are fun and edifying. The startup was founded in 2019 by world-renowned security researcher and trainer Vivek Ramachandran.

﻿Procol﻿: The digital procurement platform helps companies digitise their buying processes to bring about transparency, traceability, and cost savings. The startup was founded in October 2018 by Gaurav Baheti and Sumit Mendiratta.

Thuocsi: Founded in November 2017 by Nguyen Huu Minh Hoang, Nguyen Xuan Hiep “Peter”, and Vuong Dinh Vu, Thuocsi is an online B2B marketplace for pharmaceutical, health, and personal care needs. It was launched with the vision of enabling independent healthcare practitioners, such as small, family-run drugstores and clinics, to thrive in fast digitising societies, by taking the sourcing process of pharmaceuticals and medical supplies online.

Tigerhall: This is a mobile learning platform that aims to help professionals achieve their career and life goals by learning directly from Asia’s most successful people. The startup was launched in March 2019 in Singapore by Nellie Wartoft, who studied and began her career there as a recruiter.

Tinvio: This communication and commerce platform is built around the idea that merchants and suppliers should be able to work smarter together. Tinvio was founded in Singapore in July 2019 by Ajay Gopal. Prior to launching Tinvio, Ajay worked with Rocket Internet in Berlin.

Surge has also invested in a D2C brand in the personal care space, which is currently in stealth mode.