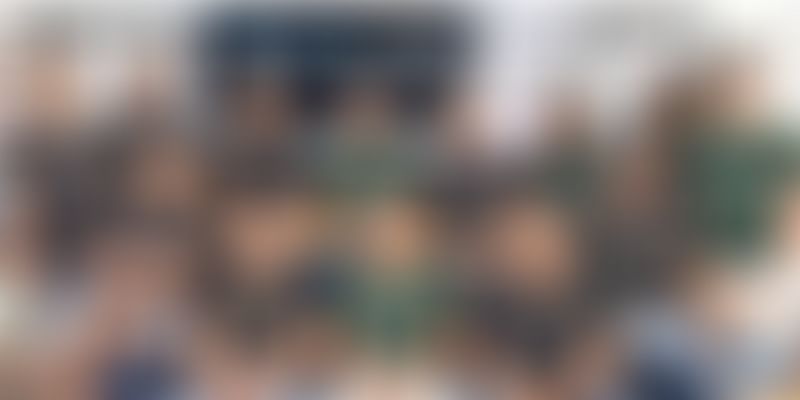 Startups are coming up with innovative and repurposed solutions to tackle the coronavirus pandemic.

Take Bengaluru-based Slang Labs, for example. Wanting to do their bit to aid people fighting the pandemic, the startup began with the obvious – donating money but quickly understood there is only so much they can give and still not make a dent.

Deciding to play to its strengths, the team set up a goal to repurpose its existing technologies to make an impact.

Founded in 2017 by Kumar Rangarajan and Giridhar Murthy of Little Eye Labs fame, and Satish Chandra Gupta, Bengaluru-based Slang Labs develops augmented voice experiences for users. These can help one command their devices to perform actions without even having to touch the screen.

Very recently, the team hosted an internal hackathon focussed on solving small issues that are often passed upon in these tough times, but can make a big impact on people’s lives.

"I personally think that the agenda made a big difference in how we approached the problems. Two ideas really shone to tackle two major problems statements – getting trustworthy news around COVID-19 in the hands of our parents and relatives, and solving the feeling of loneliness due to social distancing."

The hackathon started at noon on Saturday and ended at midnight on Sunday. The team of 15 was split up into smaller teams of three, to brainstorm the two ideas.

The outcome was to have at least one member from business and operations in every team, who would act as a speed breaker in the process.

These four were working on gathering trustworthy information for emergent users. They forked the dashboard and used the data pipe built by covid19india.org, and added the web software development kit (SDK) at Slang Labs to it.

In a few hours, the covid19india.org platform was voice-enabled. As a result, emergent users who are not very familiar with the internet could now search for trusted information via voice in either English or Hindi.

It supports English, Hindi, Tamil, and Kannada, and Malayalam in a limited capacity for Android apps. But for the web, it’s only Hindi and English at the moment.

He explains, "One of these games is a memory game that you can play with your kids, and the other is a more interactive game that anyone can play. Both these games were enabled by using Slang’s Android and Web SDK."

The codebase for this project is open-source, allowing interested players to add similar capabilities to their own dashboards. Vinayak said the team was not really looking at lead generation through the project – only a way to curb fake news through trustworthy and verified information.

[Tech30] What if you could order an app to obey your commands (in your own language)? Slang Labs is doing just that

Kumar said covid19india.slanglabs.in was used by 800 people in less than a week of sharing it across social media.

However, data for the second problem – loneliness – was more experiential. Even team members living with or without family were facing loneliness that was affecting their daily lives. Through these games, Slang Labs is attempting to encourage more interaction within families and reducing loneliness.

According to Kumar, the training models are easy and require developers to imagine 10 to 12 questions users might ask to get results. Since the mechanism gets better over time, the overhead on the team was considerably lower, leading to a faster prototype.

The tech has been created with a few specific verticals in mind – grocery delivery and pharmaceutical ecommerce – increasing the speed of integration for startups in these verticals. In fact, players in this space can voice-enable their applications this week itself.

Kumar said, "We have been actively making this project better and adding more features during our regular sprints. We are also working with customers in grocery and medical ecommerce domains, which have seen a boost during the crisis, and also some players in the travel industry, which unfortunately are now suffering."