Best of Weekender: From a candid chat with Jaideep Ahlawat of Paatal Lok to a taste of Tuscany lemon 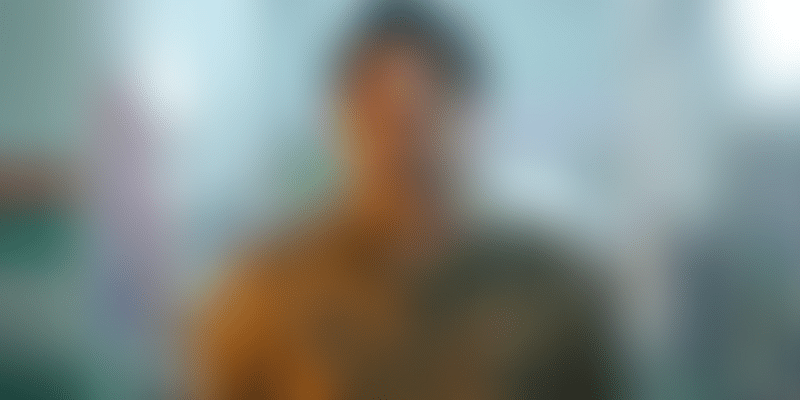 Read an exclusive interview with actor Jaideep Ahlawat and actress Gul Panag, and find out what superstar YouTuber Madan Gowri has been doing lately

Did you love the web series, Paatal Lok on Amazon Prime? If so, don’t miss our interview with Jaideep Ahlawat who plays the role of the protagonist, Hathiram Chaudhary.

Sidelined his entire life, Hathiram, the Outer Jamuna Par cop who has won over both fans and critics recently, has a deep and intrinsic relationship with failure.

Throughout the nine episodes of the Amazon Prime Original – Paatal Lok – Hathiram's objective is to prove his worth and reclaim his position in the eyes of his family and colleagues.

In doing so, he goes through a rollercoaster of trials and tribulations, and draws the audience into the throes of a neo-noir crime thriller that keeps them on the edge till the very end.

All of this – the drama, the thrill and the action – wouldn’t have been possible if not for Jaideep Ahlawat’s effortless portrayal of Hathiram, replete with the quirks and nuances of a Delhi-based officer.

What does it take to be the lead star of a series? Read all about it in our exclusive interview with the brilliant actor.

Gul Panag, the Bollywood actress who is also a half marathoner, biker, certified pilot, health activist and fitness advocate is now onto a new venture as she turns narrator for the Spotify Original Podcast, Special Mission.

This podcast is a heartfelt tribute to the Indian Armed Forces and is narrated by Gul Panag and created and curated by Saishree Ashwin.

The podcast brings you unheard stories around diverse topics like international rescue missions, stories of regimental legends, of love, of honour and even the animals that serve in the forces. It features real-life stories of the Indian Armed Forces that go beyond valour, traversing the extraordinary, behind-the-scene lives of so many heroes, heroines and their families.

Check out our interview with the actress as she talks on diverse subjects - her new role as narrator of a podcast, how she spent her time during the lockdown and why it is so important to always stay fit.

Superstar YouTuber, Madan Gowri, who hails from Madurai, has 3.5 million subscribers and over 500 million views on his channel.

Some of his popular videos include, ‘Never Visit These 7 Temples,’ ‘What the World Thinks About India,’ ‘How to text your crush’ and many more.

During the current lockdown, Madan has been coming up with videos relating to the coronavirus pandemic, such as ‘This will never end’ ‘4th lock and 20 lakh crores’ and ‘It is Changing Now.’ Today, he is considered to be a highly influential force, and is often lauded for his well-researched content, infographics, and visuals.

Check out our exclusive interview with Madan Gowri talks as he talks about his content creation process, his tryst with stardom, and his recent video collaborations.

It was an exciting day for fans of Jay Sean, when the famous R&B singer-songwriter came live on the Instagram page of Vh1 India for ‘Vh1 Quarantunes’ recently and performed some of his finest hits through the years. He also answered many questions from fans and asked them to stay safe and well during these tough times amid the COVID-19 pandemic.

Best known for his Billboard Hot 100 #1 single “Down”, Jay Sean emerged in the American pop music scene a decade ago. His actual name is Kamaljit Singh Jhooti but Jay Sean is a stage name that he adopted because his family affectionately called him 'Shaan' and Jay was his nickname.

He started rapping at the age of 11, in a hip-hop duo called "Compulsive Disorder" with his cousin Pritpal Ruprai. Two years later, Jay Sean secured a one million pounds record deal with Virgin Records and dropped out of medical school to pursue a musical career. The rest, as they say, is history.

Don’t miss Jay Sean’s advice on how to cope with the lockdown and find out all about his recent work.

Have you ever tried a number of beauty and cosmetic products on your skin, only to be let down time and again? Have you been burning a hole in your pocket by buying expensive premium products that do not show the right results?

Juicy Chemistry is a home-grown brand, which aims to provide simplified and healthy skincare. The certified organic cosmetic company, was started by husband and wife duo Pritesh and Megha Asher. With products like Tuscany Lemon and Green Apple wash, Blood Orange and Rosehip Lip balm on offer, they provide delicious ways to feel good amid COVID-19.

Read our interview with Pritesh, Co-founder of Juicy Chemistry where he talks about how the COVID-19 pandemic is affecting the beauty sector, the products that will be trending in the upcoming months, and why going organic with cosmetics is the way to go.

Do you love to play tennis? Is your favourite author, John Grisham? Is your hero of fiction, Spiderman? If yes, meet Karun Mathew, Co-founder, Magari is a business post graduate with extensive experience in the fields of interior design and furnishing.

With a number of award-winning hospitality projects in his repertoire, he now seeks to address the growing demand for customised interior design and furniture. His motto, “Success is not final; failure is not fatal, it is the courage to continue that counts” is the best way to forge ahead in the journey of life and find success.

Don’t miss Karun’s responses to our Proust questionnaire where he talks about his greatest loves, regrets, heroes, journeys and more.