How Flipkart kept its users engaged during lockdown with effective collaboration 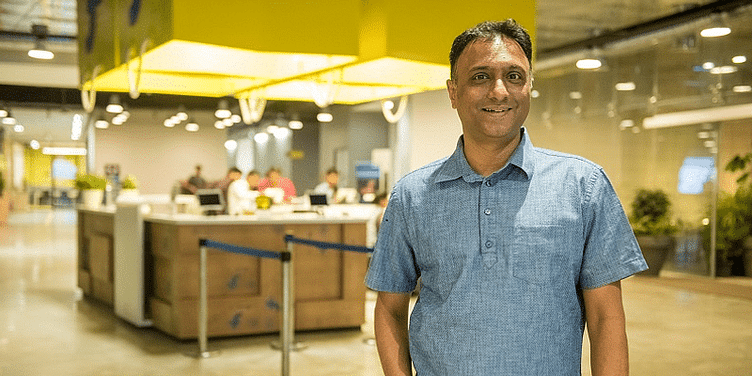 The tech team at Flipkart came out with numerous types of content on its app to remain connected with its user base amidst the lockdown. It was a coordinated effort despite employees working remotely.

The nationwide lockdown to combat coronavirus led employees across sectors to work from home. This, in turn, spurred the technology team at India’s leading ecommerce marketplace ﻿Flipkart﻿ to come out with new ideas and innovations to increase the levels of engagement with its user base.

The lockdown phase resulted in higher engagement of people with online media, and Flipkart used it to meaningfully engage with its user base.

“We have a deep understanding on the behaviour of Indian consumers and in this stage of lockdown, we always tried to figure out how we can serve them better with so many of our delivery pieces on hold,” said Arindam Mukherjee, Senior Director of Product and Engineering at Flipkart in a conversation with YourStory.

Flipkart has over 200 million registered users across the country.

In fact, during the period of lockdown, Flipkart actually witnessed a surge in user engagement as it launched new shows, games, and content on its app during this period. It launched two shows on the video segment of its app – Kya Bolti Public, an interactive game show anchored by Maniesh Paul and Entertainer No. 1, a stay-at-home reality show hosted by Varun Dhawan.

Besides, it also launched a multiplayer cricket game on its app called cricket battleground and various new short form content on its ideas segment.

These efforts had one — to address the need for positive entertainment while promoting social distancing. They were also a strategic intent by Flipkart to remain connected with its user base, who reside outside of the cities or metros.

All this was done by Flipkart when the entire office was actually in the work from home mode and this required intensive collaboration from both tech and non-tech teams.

Arindam said, “It was certainly a first of its kind experience for all us to try to collaborate remotely with not just tech teams but others from business or marketing. The way our teams have come together have shown our true character with the launch of multiple initiatives, which has boosted user engagement.”

The company’s topmost priority was the safety of the employees. Along with, there were efforts to keep the morale high through human connect with sessions on learning and games.

“During this period of lockdown, people had a lot of time for themselves and this was the period when our offerings came to the fore,” said Arindam, “We are always ready to handle to any kind of scale.”

The key challenge for the Flipkart team when they started building the various types of content for its users was to keep in mind the twin issues of bandwidth and device. In a country like India, mobile phones are primarily used to access the internet, a more prevalent phenomenon in the ‘Bharat’ part of the country.

One has to keep user experience in mind, especially when there is a high degree of variance in the speed and quality of internet connection across the country. Also the content is a combination of video, audio, and text.

Secondly, the devices used to access the internet also varies. A high-end smartphone will be a better option to view such content and the same cannot be said about devices that fall in the budget price range.

Arindam says, “We are acutely aware that we are building for the Indian consumer and many of our technologies are optimised for different network speeds.”

For example, the tech team at Flipkart built the entire video chain technologies in-house and it was optimised for different network speeds. In case of interactive content like Kya Bolti Public, the response of the users were stored on servers, so that there is no overload on the consumers’ side, regardless of the network condition.

“All these require computing at a massive scale and we always optimise on the storage space of devices so that it does not take too much of the memory footprint,” adds Arindam. He claims that any game that Flipkart has released has not added a single MB on the app.

These innovations by the ecommerce major during this time of coronavirus pandemic further increased the agility levels within the organisation. “We realised what the situation demanded and each part played their role,” says Arindam.