In a conversation with Shradha Sharma, Founder and CEO of YourStory, Anant Maheshwari, President of Microsoft India, discusses the role technology will play in navigating the 'new normal' brought on by COVID-19.

Everyone is talking about the 'new normal' brought on by the coronavirus pandemic. But what does this new normal mean for enterprises, governments and consumers? According to Anant Maheshwari, President of Microsoft India, the new normal has given rise to the rapid adoption of emerging and new technologies, with technology becoming pervasive across industries and markets.

"I don't think that is one common perspective of what the 'new normal' is... The new normal for me is to be on back to back team calls for at least 12 hours a day," he explains.

In a conversation with Shradha Sharma, Founder and CEO of YourStory, Anant discusses the role technology will play in navigating the 'new normal' brought on by COVID-19.

He adds that the 'new normal' for corporates also differs from industry to industry.

"For example, IT services companies will definitely have a 'new normal' of a hybrid workplace. I don't think it's going to be a fully work-from-office or fully work-from-home, which are two ends of a spectrum," says Anant.

Eventually, companies may also start to think if a certain role even needs to be in the office. And as soon as that happens, new roles for the future will arise.

Anant says, "This will allow a lot of women to come into the workforce because companies will be creating conditions that are conducive to bring more women into the workforce. Secondly, you're taking jobs a lot more into Tier-II, III, and IV cities."

When it comes to manufacturing and banking, the Microsoft India President believes that as these sectors have had a lower amount of tech and digital intervention, this 'new normal' due to COVID-19 will drive them to rapidly adopt digital tools.

"In retail banking, for example, there will be a lot more use of tech to get stuff done... You should see more digital in banking, and more IoT (Internet of Things), data, and cloud usage in manufacturing," says Anant.

India’s automobile industry gears up for digitisation after coronavirus roadblock

The Microsoft India President says, "I have been very enthused the way the central government and the state governments have embraced technology during this time."

The Indian government, explains Anant, has been truly leveraging data, being real-time, and using analytics to make decisions during the three months of fighting COVID-19. "We're learning and we're changing. Therefore, there is a new normal in decision making," he adds.

Last but not least, Anant shifts the attention to the SMEs of India. "Today, a large percentage of SMEs are thinking 'what is my business going forward, do I have a business, and if yes, how do I pivot my business model, how do I stay in touch with my customers and partners'. Here again, tech will become a big part of what the 'new normal' is."

He also believes that sustainability and consideration for the environment will rise.

Moving forward, Anant feels that people will think twice about undertaking a long commute for an hour-long meeting, which can be conducted using tech. This would not only save time, but also enable more people to join without having spent hours in traffic — a major contributor to pollution.

Anant lists three key aspects for Microsoft as it strives to help enterprises achieve efficiency as their employees work from home — tools for collaboration and interaction, creating the infrastructure to support these tools, and building new capabilities and opportunities.

Going forward, he expects enterprises to adopt a more 'hybrid work culture', along with an increased use of data and public cloud as more people realise the speed, scale, and security one can get from using them.

"I think there is just a better appreciation of what analytics, AI (artificial intelligence), and machine learning (ML) can do potentially because in this space today, we are creating models from different parts of the world, bringing it together and then seeing how do we tackle something of the unknown," says the Microsoft India President.

As the economy opens up after four phases of lockdown, there are also concerns around the safety of services.

From groceries to restaurants, Anant believes 'security' — in some shape or form — will be at the core of businesses that are looking to survive this crisis.

And underpinning these changing needs and concerns will be a rise in the intensity of tech as more and more people are starting to appreciate technology. 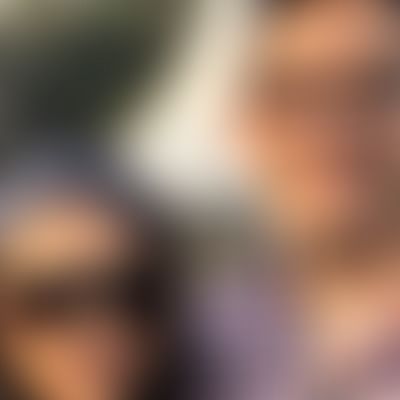