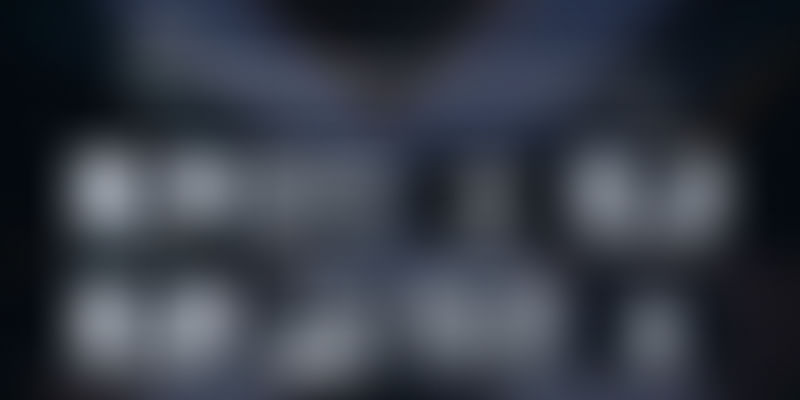 Organisations across sectors, today, are managing their operations amidst increasing uncertainty as they look to deal with financial challenges, support remote work, ensure business continuity, and efficiently meet varying spikes in demand.

Governments are also facing unique challenges forcing them to seek innovative technology-based solutions. One of the first to leverage technology to serve the citizenry has been the Government of Telangana.

To better understand how governments are sourcing dependable technology solutions from GovTech startups to fight the pandemic and deliver crucial services in a contactless manner, YourStory in collaboration with AWS, hosted a webinar Negotiating uncertainties with technology solutions, on May 20, 2020.

Speed, agility, and the ability to experiment

Rahul Sharma gave his opening remarks where he highlighted the need for speed, agility and an ability to experiment and successfully develop solutions in these uncertain times. He added that AWS has been facilitating governments’ efforts in adopting technology solutions to improve healthcare, agriculture, skilling and inclusion. He said that going forward, it would be imperative for governments to proactively work with startups to effectively deliver services to the common man.

Representing the Telangana government, Jayesh Ranjan said that the past six months had been testing times for the public sector. He added, however, some states had fared better than others due to the adoption of technology-enabled solutions.

Jayesh Ranjan said that Telangana was among the states best-placed to contain the disease and restore normalcy as the government has sourced strong homegrown solutions to expedite recovery.

He gave the example of the T COVID-19 app, which has bolstered the contact tracing and strict quarantining efforts of the government — the two main pillars in the fight against the pandemic.

“We have a hardware incubator called T-Works, which provides ventilators that cost Rs 50,000, which is a tenth of the cost of imported ventilators,” he said, adding that Telangana’s startup policy, which allows for bi-lateral procurement without a tender process, makes sourcing of such solutions possible.

When asked about how governments and startups could further collaborate on solutions, Ravi Narayan said that while policy changes and increasing revenue allotment were possible, there were challenges, “Sometimes, the calibration of the size of the solutions with the size of the problem does not happen,” he said. He added that there was a need for intermediaries, or a progressive set of people working in the government to identify and source startups to engage with the problem.

“Governments need visibility into the startup world. Organisations such as AWS, T-Hub or Telangana Innovation Cell know the type and scale of the government’s problems that need addressing. They should help the latter understand which startups are capable of solving these problems,” he said.

Bridging the gap with technology

Financial inclusion: Pavan Adipuram from Chitmonks said their main objective was to use technology to reduce the work of intermediaries, like the government, in providing services such as financial inclusion through chit funds. “Unfortunately, the loss of funds has led to an subsequent erosion of trust,” he said, adding that Chitmonks approached the government to bridge this deficit by using Blockchain and cloud tech. They eventually moved the chit fund documentation and transactions of 1.2 million people to an online platform that handles Rs 19,000 crore for the state.

Civic services: With the onset of the pandemic, government services that require retina and biometric scanning were put on hold to avoid contact. Syntizen, which provides complete Aadhaar solutions, adopted a facial recognition stack to ensure the continuity of its services.

“We work on a zero-tolerance model, which means the time taken to provide a service must be minimal. And having a 24-hour, always-on system, is a necessity.” Vamsi Kotte said, adding that it was possible to scale to service 30 lakh requests by porting to the cloud with AWS.

Disaster relief: Prateep Basu from SatSure said that to facilitate the government’s disaster relief efforts, a convergence of technology solutions needed to be up and running in two to three days.

“In a disaster management situation, a huge amount of data has to be computed quickly. Our key solution is using auto scaling and AWS’ load balancing capability to put any number of machines in parallel and compute billions of pixels and data points in a short amount of the time,” he said.

He added that in such projects, servers also needed to be running 24x7. “Services like Amazon CloudWatch helped by deploying more machines when the server load increased,” he said.

Smarter solutions: When asked how technology solutions can help improve key government metrics for large projects, JVS Ramakrishna from L&T spoke of the company’s Smart World & Communication business, which leverages the innovations of startups. He added that L&T has a tech and innovation centre that incubates a few startups to help in scaling and solving key problems. “For example, road fatalities in Nagpur have come down by 6 percent because of the way technology has been used to carry out enforcement. Similarly, the crime rate in Hyderabad has come down to 32 percent,” he said.

You can gather all the insights from the discussion by viewing the complete session here.

Chitmonks: The startup’s solution, T-Chits, is empowering all chit fund companies and regulators in Telangana to protect the interests of subscribers by bringing transparency to the chit fund registration and operational process.

SatSure: The startup’s cloud-based data platform provides end-to-end managed analytical services for governments to monitor, track and plan their resources and programmes in the areas of agriculture, forestry, and smart cities. Notably, it has also worked with the Kerala government to aid its flood relief efforts.

AWS Cloud helps SatSure accelerate analysis and reduces turnaround time by as much as ten times than what is possible using workstations. As satellite imagery is the primary input for SatSure’s solutions, using the Registry of Open Data on AWS reduces the transaction cost and time to source the datasets for analysis and in their storage. Creating a streaming data ingestion and analytics stack using Amazon Kinesis data pipe has been instrumental in doing field data collection for retraining the AI/ML algorithms built by SatSure using Amazon SageMaker machine learning services.

Syntizen: The startup has a full range of UIDAI, e-sign, e-KYC and video KYC services, and sees 30 lakh transactions daily, which it securely handles by having operations ported to the cloud with AWS. Syntizen also managed to digitize more than 36 services for the RTO of Telangana to ensure contactless delivery.