Despite the pandemic, this sports marketing firm believes the best is yet to come for the industry

While returning to normalcy might be some time away, ITW Consulting, a consulting and management company that has been serving the sports, media and entertainment space for 10 years, believes that sports fans will continue to cheer their favourite teams with passion and dedication in new ways. 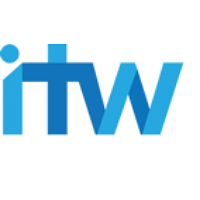 Since the outbreak of the COVID-19 pandemic, most sports activities across the globe, including popular scheduled tournaments like the IPL and T20 Cricket World Cup, have been postponed to curtail its spread.

Fans miss the animated discussions before a sports season or tournament, the excitement of the opening minutes of a game, the drama of two highly skilled teams pitted against each other, and the adrenaline rush that comes with their favourite players overcoming challenges through resilience, discipline and teamwork.

While returning to normalcy might be some time away, ITW Consulting, a sports consulting and management company that has been serving the sports, media and entertainment industry for 10 years, believes that sports fans will continue to cheer their favourite teams with passion and dedication in new ways.

“Sports is resilient, but like every other industry, it got affected during this pandemic. The brighter side is that there would be a new universe that’d consume sports content. It will garner attention for not only cricket but for every other smaller sporting event globally. This whole disruption is going to be good for the industry overall and in the long run.” says ITW Consulting MD and Co-founder, Bhairav Shanth.

The journey to help brands meaningfully connect with sports fans

Originally started in 2008, the team at ITW consists of sports enthusiasts who are driven to find innovative and engaging ways for brands to associate themselves with sports fans in a meaningful way. The journey into sports began when ITW associated with brands for cricket sponsorships, celebrity endorsements, and engineering brand solutions within sports. Since then, the company has extended its offerings beyond sports, helping their clients strategize and execute multi-faceted brand management solutions, including the digital space.

Over the past decade, it has helped close to 1,000 Indian brands be closely associated with sports in various capacities, including introducing over 400 brands to sports for the first time. In recognition of its path-breaking work, the company was awarded the South Asia Consultancy of The Year at the Campaign Awards in 2019.

ITW has been closely associated with transforming cricket and its branding from analogue to in-ground digital, and has also innovated concepts like the 3D virtual television ads. It has been instrumental in branding and marketing for brands like Cycle Pure Agarbathies, Royal Stag Mega Cricket, Oppo, Uber, Haier. One of its marquee campaigns was the launch of the new Micromax Punch Logo via the Asia Cup in 2012.

ITW has also leveraged the platform of sports to create award-winning campaigns like ‘Billion Beats’ for OPPO - an integrated marketing effort to crowdsource a cricket anthem for wishing the Indian team at the cricket World Cup in 2019 - which created a wave of viral content, as well as the “Jersey has no gender” influencer campaign for Uber, which encouraged fans to cheer the Indian women’s cricket team at the 2017 World Cup.

Despite the challenges of the current scenario, ITW Consulting continues to get sports closer to their fans and allow them a medium of interaction with innovations in sponsorships and branding in a unique way.

“Sports will be back, probably not in the same capacity as it was, but definitely in a more packaged and organised way than ever before. Solutions such as virtual advertising that get viewers at home involved in real time in the broadcast are likely to see an uptick and we may see a lot of innovations on this front, apart from the usual modes such as fantasy gaming,” says Bhairav.

According to the trends observed by ITW, sports consumption is becoming increasingly granulated. Not everyone watches an entire broadcast of sporting events, and even when they do, they tend to either use multiple screens or often consume sport in bite size chunks in the form of highlights, milestones, big plays and the like.

“Our model to help brands capitalise on this change in consumption behaviour through hybridisation. Sports branding is consumed two ways – on-ground branding that appears on TV during the telecast of the event and on-air branding that appears as a part of the event telecast. We reckoned that brands would be able get a much better return on their investment if we could give them an opportunity to combine the two elements together to create a more integrated association with the event,” says Bhairav.

Given its vision and long-standing experience of challenging the status quo and executing ideas that disrupt convention, the team at ITW continues to look at providing new and holistic solutions that would drive people to sporting events in this new dynamic.

“The COVID-19-induced disruption has accelerated the evolution of sports marketing. It has shown how television packaging and production can make a sporting event work even behind closed doors with no fans present and that crucial element of broadcasting has taken center stage. We will be looking at newer and more interesting ways to include brands in the broadcast. We have been pioneers in helping integrate virtual ads as well as AR and VR tech into cricket in particular, and that will be a major area our focus will be on,” says Bhairav.

ITW has also been helping its clients take the long view, stagger their investments over multiple properties in the coming years and finding newer avenues and ways they can be present in the sports of their choice.

Given that they are sports aficionados themselves, the team at ITW recognises that sports would never be the same without the formidable support of its ardent fans. To that end, on the occasion of celebrating 10 years of sports and serving in the industry, ITW released a commercial that looks forward to the joy of sporting activities resuming soon to inspire everyone once again.