Startups will play a vital role in data protection and privacy: IT Minister Ravi Shankar Prasad 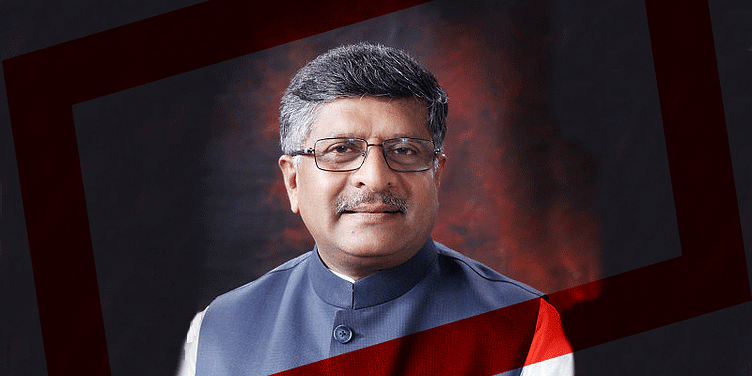 In a video conference, the IT and Law Minister said India will never compromise on data sovereignty, and stressed on the need for data privacy.

With the country talking about becoming Atmanirbhar, or self-reliant, Union Minister Ravi Shankar Prasad spoke about data privacy and what the new data privacy bill offers. The Minister for Electronics and IT said that entrepreneurs in India should be encouraged to make India a data and digital powerhouse.

The minister was addressing a video conference about India's data privacy law, as a part of the memorial lecture series organised by Atmabodh, a non-profit for legal awareness.

The minister emphasised on the need of data privacy bill as India is going digital.

"India will soon create a health stack, agri-stack and education stack, which will bring in a powerhouse of data. We need data cleaning, refining, improvement, and innovation. Startups will play a vital role in this and will make India become powerful through its data economy. India is the third-largest startup ecosystem. There are 25 unicorns in the country. Our bill proposes a data protection authority which will protect citizens and their data privacy. It is fundamental and we should not have surveillance and invasion of privacy," said Ravi Shankar Prasad.

On the recent banning of 59 Chinese apps, the minister said,

“India has banned 59 apps because of data security and now we have 2,000 Indian apps that have applied for governments support. I want to make India the biggest mobile manufacturer in the world and the biggest digital economy – e-Kisan, e-courts – in the world."

How India protects its data

The minister outlined how going digital has helped people.

During the COVID-19, even the Indian courts went digital. There were 175,000 digital cases held at high courts, 734,600 digital cases in district courts, and 7,800 cases in the Supreme Court.

He said the National Judicial Data grid shows that there are 13.49 crore cases out of which three crore cases are pending. This allows the judiciary to identify how many cases are pending for more than ten years and technology can be used to tell the high court to fast-track cases.

"If you look at India's IT history, Indian companies serve 200 cities globally and pay taxes globally. But, how do you make India a digital nation? We must bridge the digital divide and create digital inclusion. There are 600 million smartphones in India, and more than one billion phones," Ravi Shankar Prasad said.

India is a leader in digital payments too. Rs 2,697 lakh crore of payments were made through various digital platforms in FY 2020. Around 97 crore bank accounts are verified by Aadhaar and it does threecrore identifications every day.

The minister said the government has been training six crore Indians in digital literacy of which 1.5 crore Indians are already certified as digitally literate.

"There are billions of data points generated with digital transactions and this data becomes property. I always say data is an asset and a critical and strategic asset. The question is who owns the data? I am advocating that data of India belongs to India and the community of sovereign India. Under no circumstances, we shall tolerate data imperialism and I am advocating for a sane data world. There should be data democracy," he emphasised.

S N Jha, Senior Advocate and retired judge of the Supreme Court said that privacy is a fundamental right.

"For our economic progress, we need to learn how to balance privacy and economic progress. The preamble of the new data protection bill allows for data localisation and control over the export of data," Jha said.

Anant Vijay Singh, Senior Advocate of the High Court of Jharkhand, said, "Cybercrime is becoming a problem in every state. We need to go beyond the IT law."