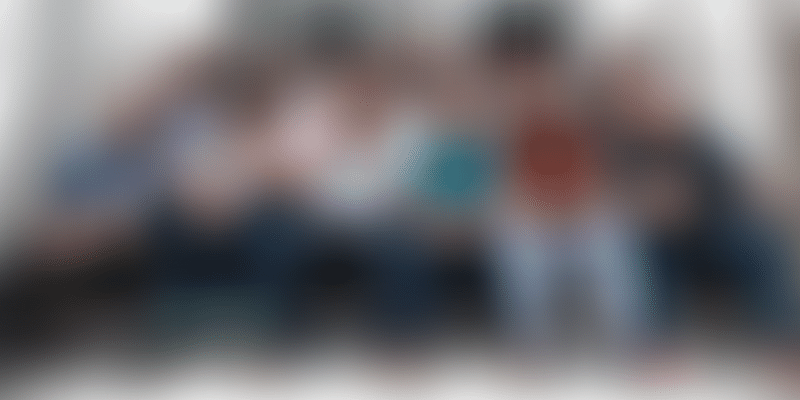 Looking to raise your first round of funding? But do not know what works and what doesn’t? Here are some stories on how startups were able to clinch the deal and what were the steps they believe founders should take during fundraising. This time we cover KhataBook.

When Ravish Naresh started Kyte (now pivoted to KhataBook) with his friends in 2016, he hadn’t anticipated one problem. As one of the co-founders of the real-estate startup Housing, he wasn’t exactly a favourite of the startup ecosystem.

“Let’s be honest, we didn’t have a good rap. We had gone through $100 million in cash in a short timeframe. And when I started again, Housing’s reputation preceded me. It was hard to get angel funding and in those days, India wasn’t as forgiving towards failures as Silicon Valley,” says Ravish.

The other source that Ravish then sought was startup accelerators. He made a list of accelerators and narrowed down on Y-Combinator. Ravish adds that Y-Combinator, fortunately, was more tolerant towards failures.

“While they knew that at Housing we had made mistakes, they saw the things we had done right. And they had the thesis that people eventually learn from their mistakes and become better,” adds Ravish.

After applying on the website, the team filled out the form and gave detailed answers to the questions. Ravish adds they also made one-minute video pitch of the startup along with the team members. The best part of the videos, the founders say, is that they can take as many retakes as they want.

After the first shortlisting round, the teams are given an online interview date and if you clear that, you go for the pitches. “What helped me was multiple mock interviews with YC alums to help me refine my pitch and address the gaps,” says Ravish. He adds the deeper your domain knowledge is, the better it is. The mock pitches clear all the gaps.

Get the basic product ready

Ravish explains that the chances of getting into accelerators, and especially one like Y-Combinator, improve if you have a product ready. He adds the interview becomes easier, and the partners have more confidence.

With Kyte, Ravish and his friends wanted to help their users understand their expense pattern using their SMS alerts. As digital transactions happen along with SMS alerts, they felt it was a good entry point to make sense of users’ financial state.

Make a pivot at the right time

“At Y-Combinator, we figured that we needed to pivot. While not a YC-specific shift, pivots and shifts need to come with understanding the market and space,” says Ravish.

He adds that 2016 was an inflection point for the fintech sector. Since SMS, was a good entry point, they built an SMS AI client. They had initial good traction and user reviews, but the team realised that something was amiss. Their intelligent SMS inbox did not reach their expected growth scale. They figured that all their users were based out of metropolitan cities.

The team soon saw that the new market that is coming online because of deeper data penetration was completely outside of metro cities and deals in cash. So digital transaction or spend manager was not making a huge difference for them

They were still relying on traditional ‘khata’, or ledger book. That is when the idea for KhataBook materialised for the Kyte team.

By early January 2018, KhataBook started picking up, and while Y-Combinator had given the team a great understanding of the product, and lean models, this was the next step. With the baggage of Housing gone, Ravish had a set of investors he could reach out to. This time he wanted to pick an investor who would help with access and reach in Asian markets.

With Y-Combinator, Ravish was able to get a deeper understanding of how companies and startups in the

Valley function, but KhataBook has a deeper India focus.

“It was then I zeroed in on Surge. I had a conversation with Shailendra Singh, (Managing Director, Sequoia Capital), and realised that Surge would be able to connect us with top partners. They have a great team and a support system. Also, Surge gives you a better understanding of the Indian and Southeast Asian markets,” says Ravish.

Invest time on your deck

Ravish explains that this helped in both cases. “I have seen early-stage founders not take their pitch decks seriously. I think you need to give it a few days and come up with a really good deck. While the deck won’t guarantee funding, it does guarantee the first good impression,” says Ravish.

In early stages, there are very few signals for investors to go by as the product hasn’t seen much traction. It all boils down to perception and the impression you make.