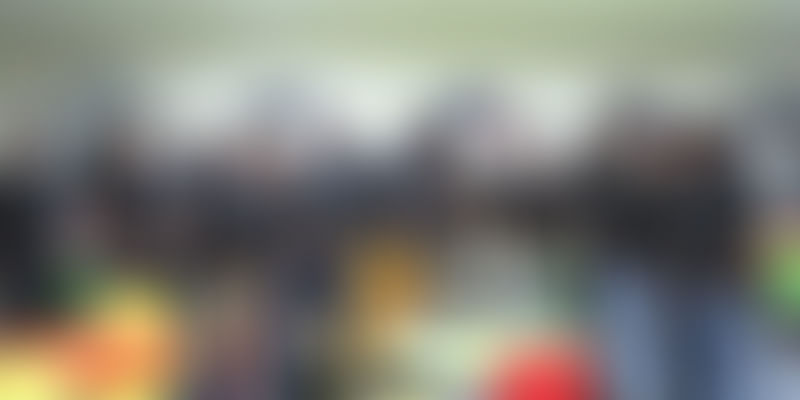 Bengaluru-based conversational AI startup CoRover’s chatbot AskSarkar app leads users to official government websites and resolves their queries on government services via text, audio, or video. This Made in India app is among the winners of the Aatmanirbhar Bharat App Innovation Challenge.

Numerous Indian startups and entrepreneurs are working on innovative solutions to help the country become Aatmarnirbhar Bharat. Bengaluru-based conversational artificial intelligence (AI) startup ﻿CoRover Private Limited﻿, with its Made in India AI assistant and chatbot ﻿AskSarkar﻿ app, is one of them.

AskSarkar - Pakki Jankari was launched by startup CoRover in October 2019 to solve issues related to mismatched and unverified information provided during online searches for content available on central government websites such as government services, GST, tax, startup funding among others.

CoRover itself was founded in 2016 by Ankush Sabharwal along with Rahul Ranjan, Manav Gandotra, and Kunal Bhakhri. The startup provides a conversational AI platform that offers managed Chatbot-as-a-Service to help businesses improve customer experience, operational efficiency, generate revenue, and save costs.

Speaking to YourStory Media, Ankush says, “CoRover is looking to solve the issue of not finding proper solutions and authentic information using chatbots available in the market.”

He adds that while AI-based chatbots have existed for long, users could not always find satisfactory solutions because most chatbots are designed to find answers to queries across all segments. CoRover, on the other hand, designs chatbots to answer queries related to specific use cases.

“Sometimes if you search PAN card or scholarships on Google, the first two results are generally two ads, followed by private web pages or posts with good SEO. The official government website comes somewhere in the middle. AskSarkar was launched to solve this problem and lead users to authentic government websites relating to their queries related to central government offerings,” Ankush explains.

Speaking about the technology, he says AskSarkar uses AI, machine learning (ML) and natural language processing (NLP), and recognises the intent of what users are asking. The chatbot provides authenticated information and portals to answer the user queries.

The co-founder claims that the app currently has around seven lakh active users. Speaking about future plans, Ankush says, “AskSarkar will be soon scaled up to include information from all states and for all government departments.”

Ankush says prior to establishing CoRover, he worked in the corporate sector and led techn development for many companies, including Wipro, Misys, Altisource, and Digital Harbour. During his stint with corporates, he understood the importance of responding and clarifying user queries to sustain a business.

In October 2018, the startup went live with its AI chatbot, Ask Disha, on Indian Railways’ IRCTC website. According to the company, the bot can answer user queries on train timings, PNR status, and how to cancel tickets.

Apart from this, amid the COVID-19 pandemic, the Bengaluru startup launched an AI-based doctor-video bot AskDoc that provides automatic answers to queries related to coronavirus and safety measures announced by the Ministry of Health and Family Welfare, Government of India, and WHO. It also connects users with doctors via video, chat, or audio to get clarifications about the pandemic.

“We have three revenue models. The ad-based revenue model is for chatbots deployed by businesses with a very high number of user queries, for instance IRCTC. The subscription-based model is in place with clients such as ITC, Indraprastha Gas Limited, etc., and then there’s the user-based model where clients are charged per query,” Ankush says.

While the co-founder did not reveal details about pricing, he says it depends on the number of user queries, number of questions being asked, different intents, concurrent users among other factors. Prices vary for different clients.

Speaking about the competition, Ankush says CoRover competes with other players such as ﻿Haptik﻿ and ﻿Yellow Messenger﻿. However, the team feels it has a competitive edge due to the multi-format and omnichannel support along with the tech advantage of using AI, ML, and NLP.

The startup is looking to scale and expand operations beyond India, and aims to be “the global leader in the AI chatbot segment”.

“We raised a seed round last year from an entrepreneur and angel investor, RP Singh, who is also an advisor on board. Now, we are looking to raise $2 million to accelerate GTM (Go-to-market) in the global space,” Ankush says.