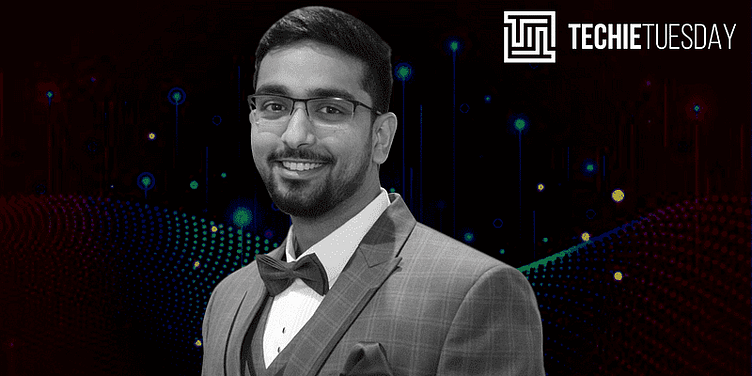 In this week’s Techie Tuesday, we feature Anish Khandelwal, Co-founder and CTO of short video platform, Mitron. Anish talks about his journey from working on enterprise software to travel tech, and also about the challenges of building a short video platform.

In just five months after its launch, short video platform ﻿Mitron TV﻿ made headlines for many reasons. While the app crossed five million downloads on Google Play Store in less than a month of its launch, it also courted controversy when Google removed the app from the Play Store “due to violation of its ‘spam and minimum functionality’ policy”. However, the app was back up and running in no time.

For Anish Khandelwal, the Co-founder and CTO of Mitron, his interest has always been in coding and building something on his own. He says, he has always believed in one thing - building a working prototype, which gives you visual proof of how the product will work in the real world.

From working on enterprise software at Oracle to realising the importance of B2C technology and joining ﻿MakeMyTrip﻿, Anish says he realised that working in a B2C company gives you the insight of building for the consumer. The 30-year old techie also believes passion is what makes B2C tech fun and exciting.

Anish launched Mitron along with Shivank Agarwal in April 2020 to deliver short video content in real time. While the homegrown platform already has over 33 million downloads on the Play Store, Anish says, there were a lot of lessons learnt in the process.

YourStory takes a look at Anish’s journey in the tech world, and how Mitron’s five month journey and the one that the team is embarking on is going to be a long yet interesting one.

Hailing from a small town in Jharkhand, Anish went to school in Chakulia, Jharkhand, and later in Assam, and completed his grade 11 and 12 in Kolkata. However, it was in Kolkata that Anish was first exposed to the world of computers in 2005.

“I found coding to be a different way of expressing and solving problems. That got me excited. The visual tools, the codes, and everything about it excited me. I decided to do coding and computers for the rest of my life,” explains Anish.

In 2007, after completing AIEEE, Anish tried applying for IIT. But he says he was weak in chemistry, which did not help with the ranking. And after the first attempt, he gave up his IIT dreams. Since he was always interested in computer science, he decided to join VNIT, Nagpur.

“My first programming class at VNIT with Professor Moghe got me hooked to the subject. He had a unique way of ensuring we worked on code and algorithms. He would make us write and solve the code, and even the toughest problems needed us to apply our minds first. The interest in the subject only grew,” says Anish.

In 2007, a time when the world was not yet driven by apps, Anish started freelancing to gain more experience.

“We also built the first alumni network for our college. For me, the interest always was in databases. I would always try to figure out how DBMS related to what OS we were building and how it gets applied in a practical way in a system. All the principles you read and learn about computer systems and architecture, you actually see it happening,” explains Anish.

Understanding the world of enterprise

It was then that Anish decided to join Oracle, as the company was mostly working on DBS. Anish was primarily working on Big Data integration into the ETL processes at Oracle.

While Anish worked at Oracle between 2011 and 2016, he was also simultaneously working with a friend in the hospitality industry. They were looking to start up in the space and were experimenting with different products, but were not sure about the market segment.

“It was then I realised I wanted to join a B2C company. In 2016, I joined MakeMyTrip and met Shivank,” says Anish.

Anish says as part of his last project at Oracle, the use case was for MakeMyTrip, and this acted as a segue to join MakeMyTrip. While working for big data technologies, Anish also did a lot of freelance projects of building features and different products for other companies. He says, this gave him the insight and knowledge of different backend technologies.

According to Anish, it has always been about coding and building for him.

“Shivank always comes up with the best ideas and sees and finds the gap, and I like to understand how that gap can be bridged with technology. Coding is more of problem solving, and that is what makes it exciting for me. Breaking down the problem into tiny bits, and fixing them and seeing how it works is what makes the whole process exciting for me,” adds Anish.

Anish says, he has always believed in one thing - building a working prototype. “Even for hackathons, it was always about building a working demo. It gives you visual proof of how it works in the real world. And that is the beauty of tech and coding. Smart usage of tech can be quite powerful,” he explains.

Talking about his time at MakeMyTrip, Anish says that working in a B2C company gives you the insight of building for the consumer. While B2B companies give you the backing and foundation needed to build strong and robust tech, B2C companies provide insight into the consumer psyche.

“You are also a consumer, and you realise that if you are not satisfied with the product yourself, you cannot expect others to be satisfied. That makes the consumer space interesting. Anything that you build needs validation and so you always talk to people, and if you are able to satisfy the questions, that is a validation that your product will work,” says Anish.

The impact on the consumer

Anish explains that in an enterprise solution, you end up being a part of the larger system. In the B2C side, the impact on the consumer is generally very direct.

“But I feel my enterprise space and big data experience gives me a holistic experience. At MakeMyTrip, we were building platforms that were not specific for a particular flight or experience, but could work for different LPs and functions. We could see the maximum amount of scale and different kind of optimisations,” explains Anish.

Anish also went on to create the first live travel game show for MakeMyTrip - Knock, which was launched during 2019 IPL.

“It had live anchors and it bid on travel packages in real time. It had several lakh people bidding for a package, and had other games like ‘fastest finger first’. It was a different ballgame as you had to connect to multiple devices and broadcast it in real time without any glitch,” explains Anish.

This gave Anish a deeper insight into content, distributed systems, and broadcasting. He also worked on building a UGC platform - Trip Ideas for MakeMyTrip. During this stint, Shivank and Anish kept tinkering on different ideas.

“Shivank would come up with the idea, and we would work together to build it out to see if it works in real-time. When the coronavirus lockdown started in March this year, we realised there was a surge in apps like HouseParty. But there was no short video service platform that was addressing the needs,” says Anish.

People wanted to come closer virtually and wanted to interact and consume different kinds of content. “You have a short attention span on the mobile, and you want short byte sized videos,” he says.

He was also looking at the same user base as WhatsApp, where people did not have laptops or tablets, but had a smartphone – especially people from Tier II and Tier III cities .

“You need to build for lower bandwidth with the ability to have different kinds of content. Assuming they will be okay with one particular kind of content and will have interactions only of a certain kind is wrong,” says Anish.

Anish got together with Shivank Agarwal and started Mitron in April 2020. The homegrown platform already has over 33 million downloads on Google Play Store, and claims to have over nine billion video views per month.

The duo bought the template for Mitron on Envato, an Australian online marketplace. They then modified the source code in order to fulfil their security and scalability needs. Talking about the controversy revolving around the fact that Mitron is not actually an Indian app, Anish says, all the data of Mitron is stored on Indian servers.

He says, “We have also been consulting with top security experts in the industry to make sure that all our user-facing interface is secure.”

Anish explains that one of the biggest challenges of building any UGC platform is content moderation. There are many posts and the kind of content always needs strong moderation. And that was also one of the early challenge the team faced.

“We learnt that while democratising a platform is a good thing, the content cannot harm the sentiments of a nation. We were quickly able to take measures and bring down that kind of content,” explains Anish.

The startup recently raised $5 million in funding led by Nexus Venture Partners. The round also saw participation from existing investors 3one4 Capital and Arun Tadanki’s private syndicate on LetsVenture.

Today, while hiring techies, Anish says, he looks at all the needed technical skills, and also looks at what they have built.

“It could be big or small, but building something shows passion and the drive to code and do something of your own. Passion is what makes B2C tech fun and exciting, it is what helps you pull those long hours to work on data, and building a strong platform. I look for that and their attitude. Techies cannot have a ‘know-it-all’ attitude. Every techie has to be open to learning new things,” adds Anish.