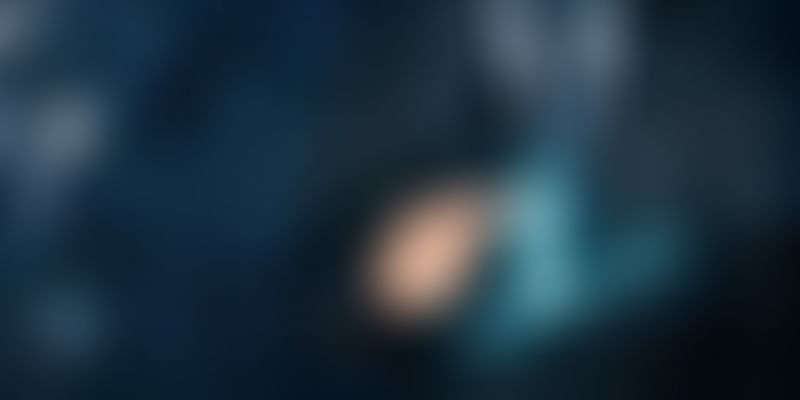 Aside from providing startups with much-needed funding, venture capital firms help unlock their potential by providing guidance and mentorship at various stages of their growth journey.

This article is powered by Wizikey

The Indian startup ecosystem has seen tremendous growth in the past decade, and is regarded as one of the key drivers to help achieve the country’s ambitious economic targets.

With 39,000+ startups and 33+ unicorns that have created 750,000 jobs, India is today home to the world’s third largest startup ecosystem after the US and China.

One key driver that is empowering startups to achieve this growth is constant support of investors such as venture capital firms and other institutional investors. Aside from providing startups with much-needed funding, they also provide them with guidance and mentorship at various stages of their growth journey to unlock their potential.

Since 2014, startups have collectively raised $50 billion across 3,700+ deals. Several of the venture capital firms and funds that have provided these funds are homegrown.

This startup looks to revolutionise marketing and product discovery with AR

Here are some of the prominent, homegrown venture capital firms that aim to bring the next leg of India’s growth story to reality by funding innovative startups.

In 2011, SAIF Partners India was incorporated after having raised its first India- dedicated fund worth $350 million from investors based in the US. Since then, it has gone on to raise two more India-dedicated funds of similar sizes with close to $1 billion total capital invested so far and the Assets Under Management (AUM) worth at around $5 billion.

The firm primarily invests in three areas: consumer internet and brands, financial services, and B2B technology businesses. An early stage fund, it has backed prominent startups at the seed, series A and series B stage that have an India-First innovation, and an India-First approach towards building a solution.

Its portfolio reflects many such India-First companies, where SAIF Partners India invested at the Seed or Series A stage. The fund’s portfolio includes ﻿Paytm﻿, ﻿Swiggy﻿, ﻿Unacademy﻿, ﻿UrbanClap﻿, ﻿Meesho﻿, ﻿ShareChat﻿, ﻿Rivigo﻿ and ﻿NoBroker﻿ among others.

Despite the current slowdown brought about by the COVID-19 pandemic, Mayank adds that it is this long-term investment philosophy that allows SAIF Partners India to sustain its bullish outlook towards India’s growth story.

“We are long-term investors, and invest through 10-year long funds. Thus, we always take a long term view on a company and the market that it operates in” he says, adding that SAIF Partners India is very upbeat about the India growth story, the tech landscape in India, and future consumer and ad market spending. “None of those get altered fundamentally, despite the short term economic speed-bumps. The current economic environment does not alter our excitement about the India market over our investment horizon. In fact, we are seeing very strong tailwinds in multiple sectors due to Covid-driven adoption”, says Mayank.

The founders believed that there was a large opportunity for micro-VC funding in India. “The core idea (of micro-VC funding) is to invest in a lot of companies, and not a lot of stake. But because you are investing some degree of money, you are enabling startups to go to the next level, like from a seed stage to a Series A and so on,” says Arpit Agarwal, who is part of the investment team at Blume.

At the time of the launch of its first fund in 2011, Blume was created with a high capacity of 25-30 investments per year.

“Naturally, we became the most active of investors, and we also aimed to provide our portfolio companies a platform of services that will enable them to get to their next stage much faster with a whole bunch of services they will need, be it finance, hiring, legal or HR.” says Arpit.

When it comes to their investment choices, Blume Ventures seeks startup founders who are mission-oriented as opposed to being money -oriented. While Blume Ventures is sector-agnostic in its investments, the firm prefers to invest in companies that have a strong technology backing. A lot of the businesses are completely new, with no other equivalent global markets such as the US or China.

﻿Unacademy﻿, ﻿Dunzo﻿, ﻿HealthifyMe﻿, greytHR, ﻿MilkBasket﻿, TaxiForSure, ﻿LBB﻿, ﻿Cashify﻿, ﻿Yulu﻿, ﻿RailYatri﻿, ﻿Instamojo﻿, and many others are part of its investment portfolio.

According to Arpit, the firm’s current fund has been progressing well so far. “We have 17-18 investments and more in the pipeline that will be announced as they come,” says Arpit. Blume Ventures is optimistic about India’s growth in the next 5-10 years, and is particularly excited about the potential of EdTech and AgriTech companies.

Formerly known as IDG Ventures, Chiratae Ventures was founded in 2006 by Sudhir Sethi and T.C. Meenakshisundaram. It is an early-stage VC firm that invests in pre-series A to series B tech-based startups.

It has so far backed 80+ companies including ﻿Flipkart﻿, ﻿Myntra﻿, ﻿CropIn﻿, ﻿FirstCry﻿, HealthifyMe. ﻿Xpressbees﻿, ﻿Newgen Software﻿, ﻿Lenskart﻿, ﻿Manthan﻿, ﻿NestAway﻿, ﻿PolicyBazaar﻿, and Yatra, among others.

“About 40 to 45 percent of our capital is raised from India, and so we are fairly deep-rooted as a homegrown fund,” says Karan Mohla, Executive Director, Chiratae Ventures, adding that the firm focuses on companies that are particularly solving India-specific challenges.

A startup's ability to expand into global markets is another aspect that Chiratae Ventures looks for while investing.

“As long as your product is good, and you can reach the clients the right way, it is possible to expand into global markets. If you’re developing a solution in India, your yield per customer will be higher outside of it,” Karan says, adding that about 50 percent of Chiratae Ventures’ portfolio has a global presence.

In fact, for some of its portfolio companies like Lenskart, FirstCry and HealthifyMe, a large portion of their revenues come from outside of India.

With regards to India’s growth story in the current scenario, Karan says that the next couple of quarters will pose challenges for traditional industries in the near term. But given the explosion in digitisation brought about due to the onset of the COVID-19 pandemic, tech companies will see significant growth opportunities. In fact, some B2B and SaaS companies are reducing the timelines of their expansion by about 50 percent.

“When it comes to tech companies in our portfolio, the growth in 80 percent plus of the companies have gone back to pre-COVID levels, with significant lower overheads,” he says, adding that the firm is continuing to review their portfolio to back companies in promising sectors.

Co-founded by Naren Gupta, Sandeep Singhal and Suvir Sujan in 2006, Nexus was one of the first India-US venture funds started by successful entrepreneurs in enterprise technology and consumer internet. Nexus has been a pioneer of investing in global technology products and technology-led businesses for India.

It is an early-stage VC firm that invests in seed and series A rounds that continues to back the company as it grows. Its portfolio companies include ﻿Delhivery﻿, ﻿Druva﻿, Unacademy, ﻿Postman﻿, ﻿Rapido Bike Taxi﻿, ﻿Snapdeal﻿, ﻿ZoloStays﻿, ﻿WhiteHat Jr﻿, H2O.ai and ﻿Zomato﻿, among others. Nexus partners with extraordinary entrepreneurs building product-first companies. With $1.5 billion under management, Nexus operates as one team across the US and India.