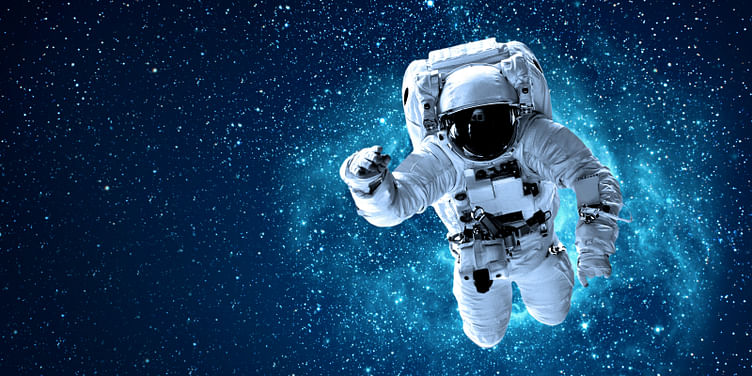 Two unmanned flights and one manned flight will be part of the Gaganyaan programme. It is aimed at accelerating research and development in science and technology domains, and will also enable India to participate in future global space exploration missions.

Over the years, the ﻿Indian Space Research Organisation﻿ (ISRO) has achieved many milestones. Started in 1969, the space agency of the Government of India has put the country on the world map among the top space agencies.

After conducting successful missions such as Mars Orbiter Mission, Chandrayaan 1 and Chandrayaan 2 among others, ISRO is pushing the boundaries in space science with every mission.

With an aim to make India reach new heights in the global space economy, ISRO is now gearing up for the launch of India’s maiden human spaceflight, Gaganyaan. The Gaganyaan programme is aimed towards opening up opportunities for research and development in science and technology.

Addressing the audience digitally during the International Space Conference on ‘Ushering the New Era for Indian Space Sector’, Dr Unnikrishnan Nair S, Director of Human Space Flight Centre, said, “ISRO seeks national and international collaborations for working in some of the areas for the Gaganyaan programme.”

According to an official statement by the Union Cabinet, the Gaganyaan project is a “national effort”, which will involve participation from industry, academia, and national agencies across India. The statement also revealed that two unmanned flights and one manned flight will be undertaken as part of the mission.

In June this year, Lok Sabha minister Dr Jitendra Singh announced that the Gaganyaan project will not be affected due to the pandemic and the preparations needed to meet the deadline is moving forward accordingly. However, media reports from August quoting unnamed sources revealed that the launch of unmanned flight this December is likely to be delayed due to COVID-19.

“The programme is expected to spur research and development within the country in niche science and technology domains. The human spaceflight programme will provide a unique micro-gravity platform in space for conducting experiments and a test bed for future technologies,” the official statement noted.

ISRO is also looking at significant potential for technology spinoffs in several areas such as medicine, agriculture, industrial safety, pollution, waste management, water and food resource management through this programme.

Gaganyaan is also aimed at enabling India to participate as a collaborating partner in future global space exploration activities.

“Gaganyaan Programme will establish a broader framework for collaboration between ISRO, academia, industry, national agencies, and other scientific organisations. It will allow pooling of diverse technological and industrial capabilities and enable broader participation in research opportunities and technology development benefitting large numbers of students and researchers. It will also inspire a large number of young students to take up science and technology careers for national development,” the statement said.

The Gaganyaan Programme, approved by the Union Cabinet in December 2018, will carry three crew members to low earth orbit — orbit within the altitude of 160 to 2000 kms or less — on a five to seven days mission.

“The total fund requirement for the Gaganyaan Programme is within Rs 10,000 crore (Rs 9023 crores) and includes cost of technology development, flight hardware realisation, and essential infrastructure elements,” the Cabinet said in a statement.

A human rated GSLV Mk-lll (Geosynchronous Satellite Launch Vehicle) will be used for carrying the orbital module. According to the statement, ISRO has already completed the development of the launch vehicle named GSLV Mk-lll X and has necessary payload capability to launch a three-member crew module in the low earth orbit.

During the space conference, Dr VR Lalithambika, Director of ISRO Human Spaceflight Programme, said, while ISRO received a lot of interest from citizens to participate in the maiden spaceflight, but due to protocols, the first programme needs experienced air force pilots to be part of the mission. Later on, people from other fields such as entrepreneurs, researchers, academia, and innovators will also get the opportunity to participate in manned space missions.

Meanwhile, Dr Unnikrishnan added that the selected four air force pilots for the maiden flight are currently undergoing basic training in GCTC (Yuri Gagarin Cosmonaut Training Centre) in Russia and will return to India in March next year for specific training using simulators.

After returning to India, the pilots will have to undergo three main parts to the training - a module on the overall project, a module for crew members, and a module on the flight hardware and software.

Apart from this, ISRO has also developed a female half humanoid robot named Vyommitra, a combination of two Sanskrit words Vyoma (space) and Mitra (friend), which will be sent on the first unmanned Gaganyaan flight, scheduled for December this year.

While introducing Vyommitra in January during the inaugural session of 'Human Spaceflight and Exploration - Present Challenges and Future Trends’, Dr Sivan explained that Vyommitra will help in simulating human functions in space and will also interact with the environment control life support system.

According to the space agency, Vyommitra has been designed to speak in Hindi and English, can act as a companion to the astronauts, converse with them, and also respond to their queries.

Dr Unnikrishnan revealed that Gaganyaan is in its testing phase. According to media reports, ISRO will have to successfully complete three major tests - 1) air drop test for the parachute system to check the ability for successfully recovering an orbiting space capsule; 2) flight of the test vehicle; and 3) abort test to ensure escape of the crew in case of an emergency at the launch pad. These tests need to be done before the launch of the unmanned flight.

Further, he said that ISRO has shortlisted six experiments from a total of 28 proposals, which will be carried out under the Gaganyaan mission.

Dr Unnikrishnan said that in future, the human spaceflight missions will also be expanded for exploration of other planets and moon, and for this, ISRO will join hands with industry players and academia to develop several technologies such as construction in space, tele-robotics, and artificial intelligence.