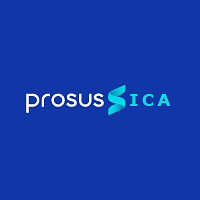 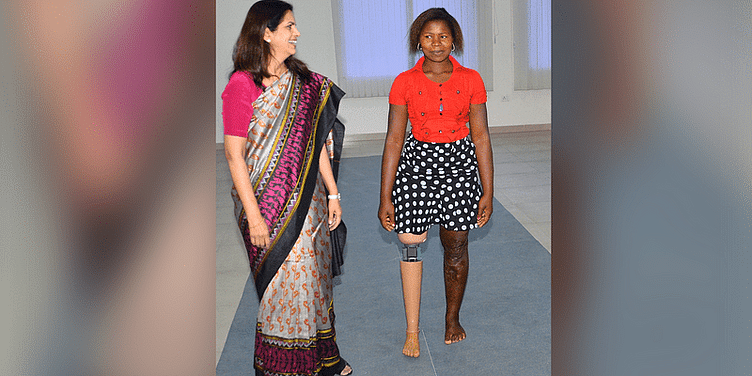 Jaipur is known around the world for its palaces, forts, fiery cuisine and the renowned Jaipur Literature Festival. But in addition to its cultural prominence, the city is also where the Jaipur Foot, or Jaipur Leg, a rubber-based prosthetic for below-the-knee amputees was first developed in 1968. The Jaipur Foot is set to see a complete technological upgrade under the stewardship of Dr Pooja Mukul, Director Jaipur Foot Rehabilitation Center and Prosus.

Prosus, the consumer internet division of Naspers, the global technology group, has launched a search for the next Jaipur Foot in a bid to leverage technology to assist persons with disabilities (PwD). Dr Mukul, who is a renowned orthopedic surgeon and medical entrepreneur, was approached for her expertise during the Prosus Social Impact Challenge for Accessibility (SICA), a national competition to discover the most innovative startups in assistive technology, launched on August 26. The winners will receive capital and mentoring to take their ideas to the market to improve the lives of PwDs

In India, disability is about “patronage not empowerment,” says Dr Mukul, who has led the research division at the Jaipur Foot Organization for over three decades . As part of the social sector, the development of assistive technology products in India is largely driven by low cost, not high performance. She says this was “an entirely misplaced priority,” and hopes Prosus SICA will correct the past.

Prosus is committing Rs 1,65,00,000 in prize money over three years to the top three startups, each year. Registrations for Prosus SICA will be accepted until October 12, when the elimination phase begins, culminating in the final on November 26. Applicants must be from organisations that are less than a decade old, and registered with the Department for Promotion of Industry and Internal Trade (DPIIT) at the Ministry of Commerce and Industry. Details on how to apply can be found on the Startup India Hub.

The contest is the brainchild of Prosus and its partners, Invest India – the government inward investment agency – and Social Alpha, which with support from Tata Trusts, has built up expertise in supporting PwDs.

What is Dr Mukul’s advice for the contestants?

“First, match the technology to the people, not the other way around. Do your research on assistive technology in India and spend time understanding the needs of the patients, and design for them. Second, prioritise quality. ‘Make in India’ but innovate for the world.”

She applauds the new generation of startup innovators, but warns them that India’s historic altruism is a formidable competitor. In India, prosthetics are free, so the startups “will be competing against free”. That is a barrier to entry that can only be defeated by “high performance, not low cost”, Dr Mukul says.

She hopes the Prosus SICA contest produces innovations in her areas of specialisation – locomotor disability – especially for the upper limbs where there is a near absence of assistive technology. There is also a market for wheelchairs in India, which are mostly imported, cheap and fit only for the home, not India’s roads.

Manoj Kumar, chairman and founder, Social Alpha, which has supported 15 startups since its launch in 2018, says: “In India, there is a huge shortage of high-quality and affordable assistive technology. We need to encourage commercial investment in innovations that can cater to PWDs.”

Kumar, echoing Dr Mukul, welcomes the collaboration with Invest India, Startup India and Prosus and hopes that the contest will create “exciting opportunities for entrepreneurs.”

It is a sentiment that recalls the pioneering work of Dr P K Sethi, whose leadership created the Jaipur Foot. Dr Mukul is a proud protégé of Dr Sethi. A mentorship is also offered to the winners in the Prosus-SICA contest.

Their original plan was to replicate western products and benefit from low production costs. But western products simply “disabled” our people, she recalls. The Jaipur Foot was built for Indian conditions. The average Indian amputee is healthy and young; in the west, an amputee is typically aged 60, and is near retirement. In the west, amputees walk on level surfaces, sit on chairs, live in a cold climate and wear shoes; in India, amputees are mostly from the rural hinterland, sit on the floor, live in a warm climate and may or may not wear shoes. They are also religious, and the temple or mosque mandates them to enter barefoot. “These are critical nuances. The same solution cannot work for two such diverse groups.”

Today, Dr Mukul moves beyond Jaipur. She collaborates with MIT and Stanford University. A polycentric knee created with Stanford was hailed as a breakthrough. The knee costs $20 dollars to make, resembles the real thing, and does not “click” with each bend. “The US engineers said the noise was ‘healthy acoustic feedback’ which is nonsense,” said Dr Mukul and her Indian users, and they prevailed.

The application process for Prosus SICA has begun on the Startup India Hub.