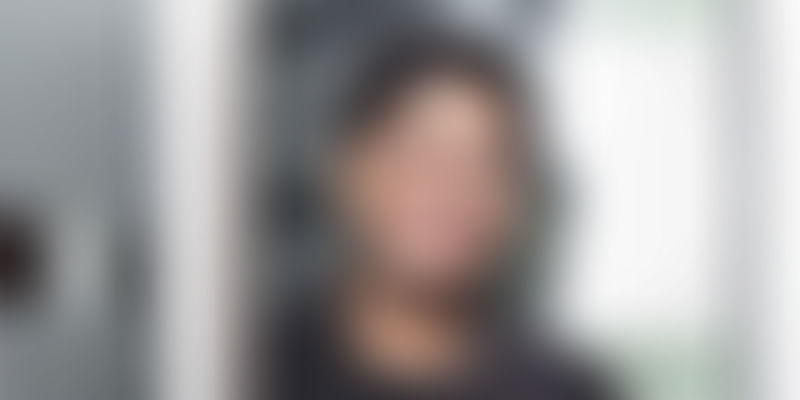 In 2010, Peyush Bansal started eyewear startup Lenskart, which entered the elite unicorn club last year. Here's how he did it.

After completing his Bachelor’s in Electrical Engineering from McGill University in Canada, Delhi-boy Peyush Bansal landed a job in the US with tech behemoth Microsoft.

The Seattle-based company’s Co-founder Bill Gates had been a long-time hero for the young engineer. Peyush’s job at Microsoft involved working on MS Office and coming up with features that could improve customer experience.

All seemed well till exactly a year into -- what would have seemed like a dream gig to most people -- Peyush abruptly decided to quit and come back to India, by the end of 2007. The move, especially the suddenness of it, left his friends and relatives shocked.

The ‘Great Recession’ which refers to the global economic downturn between 2007 and 2009 was well underway, so people’s concerns around his decision weren’t exactly ill-founded. But, Peyush aspired to solve bigger problems; making already happy Microsoft users happier, didn’t drive him enough.

Back in India, between 2007 and 2009, Peyush dabbled in a couple of startups, which were fairly successful and also armed himself with a management diploma in entrepreneurship from IIM Bangalore.

The watershed moment came in November, 2010 when he set up Lenskart, starting with selling contact lenses online. By March 2011, the Delhi NCR (National Capital Region)-based startup was selling eyeglasses and sunglasses as well.

Today, almost a decade later, it is one of the biggest success stories in the Indian startup ecosystem, seeing massive growth and having entered the elite unicorn (startup valued over $1 billion) club last year.

Despite starting out as an online company, the company now has 600 retail stores and is looking to add more, to complement its ecommerce business.

“To be honest, when we started we only had a vision, we didn’t know we would be able to make an impact of the size that we are making today. So, we didn’t have to convince investors of this size, they were happy with a much smaller size. It was difficult for investors to see this (size) but honestly they never saw it this big. We also never saw it reaching this scale,” says Peyush, during a recent chat with YourStory Founder and CEO, while reminiscing about the early days.

Japanese multinational conglomerate SoftBank invested $275 million in the startup from its second ‘Vision Fund’, last December. The investment marked the Masayoshi Son-led group’s first investment in India from ‘Vision Fund- II’. The transaction which took place after months of negotiations, included a few of the startup’s early investors trimming their stake.

SoftBank made a primary infusion of  $231 million along with a secondary transaction of $40-$45 million to buy out part-stakes from three of the startup’s existing investors -- TPG Group, PremjiInvest and International Finance Corp. Lenskart has raised around $380 million till date through primary equity financing.

For the financial year ending March 2020, the company managed to more than double its sales to Rs 1,000 crore from Rs 486 crore in the previous year.

In a country of over a billion people, where around 600 million people need to wear spectacles to correct their vision, only about 170 million to 180 million actually wear them.

“So, we started with that problem about 10 years back. We have come a long way in the journey and I think for Lenskart particularly, we have had to take some bold bets in figuring out this category. I think our biggest bet was making consumers see this as fashion and not just medical, and that was a fundamental shift for consumers,” he says.

The other bet of the company was raising awareness about eye care and the need for vision testing. Lenskart does around 15,000 eye tests per day.

The Delhi unicorn’s third bet was on making eyeglasses affordable while keeping them fashionable and high-quality.

“All these three things put together is what Lenskart has been working on and we have a long way to go right now. Still awareness level is low, still a lot of access needs to be built and we continue to work in that area,” says the 35-year-old entrepreneur.

Had many sleepless nights over layoffs: MakeMyTrip Founder Deep Kalra

Speaking about what made Lenskart click, Peyush says he believes that it’s a combination of customer obsession, creating the right work culture for employees and setting the right benchmarks.

“Our focus was always that we are never happy with good enough, we knew that good is never good enough. We knew that we have to continuously be our own benchmark. So, we don't have to compare what others are doing. We have to understand what consumers want and we will continue to surprise them with experiences which are 10 times, 20 times better than they have ever had -- both in terms of the experience and the price they are paying for the experience,” he says.

The team and its culture is a key pillar usually in building successful companies, according to Peyush. And Lenskart has consciously hired people who are high on energy, he says.

Elaborating on the culture the startup has built internally and specifically the elements that went into it, Peyush says, “Fully agile, not getting emotional about things, turning around things, scrapping things, restarting things, failing and standing up, culture of trying fast and failing fast. You can’t take hundreds of days to try every new thing. So that is what worked very well in our favour.”

The Lenskart Founder and CEO believes that to build organisations of the future, it is important not get swayed by benchmarks set by the market or investors, but to set one’s own.

“When we started (offline retail) stores the benchmark was that online companies should not start stores. We did stores, that was the benchmark.

“You can’t be good with average because the world is all about surprising customers, (with) excellence, delight, and raising the bar; this is what the world has become. It’s not at all about what others are doing, it’s about breaking your own standards every time and just bringing that element of joy and ‘wow’ in the lives of your customers and employees,” he says.

The sheer size of India is also a great opportunity in itself for businesses to click and pick up, if you’re solving a problem, Peyush opines. “One thing I have realised in India is that you can pick any problem, the size you can leave it to the country.”

Growing amidst the pandemic

Despite the coronavirus pandemic wreaking havoc on several businesses and industries, Lenskart has managed to grow through it, and continues to remain bullish on the future. Not only did the company post impressive growth in sales (2x plus year on year) for the fiscal year ending March 2020, it also managed to zoom past it’s competitor, Titan’s eyewear category.

Speaking on the growth the company has been witnessing in terms of online orders during the pandemic, Peyush says, “We are seeing almost 200-300 percent growth there in terms of adoption of people ordering without any assistance. Sales are higher online overall. People are browsing online more, still not stepping out despite lockdown being lifted at the majority of the geographies.”

In the pre-COVID 19 era, around 70 per cent of the company’s sales were driven by its ecommerce platform. During the pandemic, online orders and appointments understandably spiked and are driving around 90 percent of Lenskart’s sales.

To make the process of ordering online seamless, the company has enabled a “virtual try-on” on its ecommerce platform. “We also have a way to measure the width of the face with the depth camera that most smartphones have these days,” Peyush says.

Despite online driving the majority of its sales right now, Lenskart continues to bet on the brick-and-mortar store model and is in the process of adding more, even amidst the pandemic. The move is also aimed at taking advantage of the lower rentals available in the market right now.

“We have stores in most neighbourhoods, so people prefer to just go, walk into a store, and get a frame trial,” he says, stressing on the fact that the highest safety measures are being followed in each store. Every pair of glasses undergoes sterilisation after a trial to ensure that customers are always trying on a fresh, sanitised pair only.

With an optimistic vision of the future, Peyush says “Our general view is that everything will be fine in the long term. Plus-minus six, nine, or 12 months also doesn't bother us; we know things will be fine in the long term. So, we continue to open stores, we continue to operate every store. Some may make profit, some may make losses, but the larger goal is to serve vision correction for customers.”