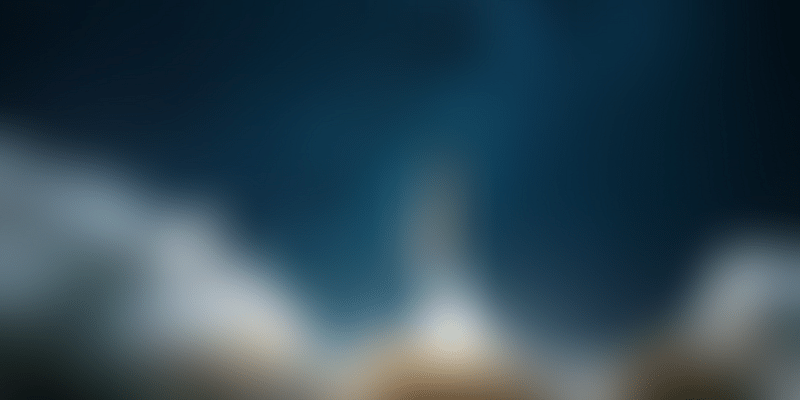 India is on course to become the fourth country in the world to conduct human spaceflight missions after the US, Russia, and China with the launch of Gaganyaan, its maiden manned spaceflight, in December 2021.

The Gaganyaan programme, which aims to send Indian astronauts into space by 2022, will send three flights into orbit. The mission, which aims to put India firmly on the spacetech map, offers multiple opportunities for private players as the Indian Space Research Organisation (ISRO) is keen to partner with innovative startups for solutions.

In May, media reports revealed that ISRO had invited startups and private players to develop R&D solutions for food and medicine for the astronauts, support systems such as space suits, and anti-radiation and thermal protection technologies for spacecraft while returning back to Earth.

Speaking at the International Space Conference on Ushering the New Era for Indian Space Sector, Dr Unnikrishnan Nair S, Director of Human Space Flight Centre, said ISRO was looking for “national and international collaborations for working in some of the areas for the Gaganyaan programme”.

The stage for public-private partnership was set in May 2020 when Finance Minister Nirmala Sitharaman announced the inclusion of private players in the space sector to tap the potential of space technology.

The new reforms are in line with ISRO’s call, inviting the private sector to bring innovation to the space agency and ensure Gaganyaan’s success.

Addressing the audience during the online conference, Dr VR Lalithambika, Director of Human Spaceflight Programme (HSP), said ISRO had come across potential academia and industry talents during several discussions for the Gaganyaan project. She said this project was an opportunity for the industry to take up the unfolding challenges and come up with solutions.

At that time, ISRO had announced research opportunities in 18 areas:

Reiterating the opportunities, Dr Lalithambika said R&D in these areas needed to be completed before the Gaganyaan testing phase was over.

She also stressed on the need for robotics, which could work as companions to human beings and help maintain their psychological health during the space voyage. The director added that similarly it was important to increase the shelf life of food and potable water to keep astronauts healthy.

Speaking at the event, Srinath Ravichandran, Founder and CEO of Agnikul Cosmos, said opening up of the spacetech sector and the new reforms would provide startups with an opportunity to. “create solutions and make India proud.”

Many others agreed with him.

Pawan K Chandana Co-Founder and CEO of Skyroot Aerospace, which is developing launch vehicles, said the reform has come at the right time as his startup was currently testing its new product. "We are currently going through testing and manufacturing processes at ISRO Labs. These reforms will help us with our launch licencing process.”

Dr Lalithambika explained that four air force pilots are already undergoing training in Russia and will return to India next year for mission-specific training.

The manned spaceflight will be launched in December 2021 to carry the astronauts to low earth orbit.

ISRO has already shortlisted six experiments to be carried out during the Gaganyaan mission and MoUs are ready to be signed. The proposals include: study on changes in kidney stone formation in Drosophila melanogaster (common fruit fly); study of SIRT1 (gene protein) in Drosophila melanogaster; study on microbial contamination and infection in the Indian context; co-crystallisation under micro-gravity condition; passive two-phase heat spreader for hotspot mitigation; and interfacial instabilities in micro-gravity conditions.

According to the space agency, the Gaganyaan programme will open new opportunities in research and development in the science and technology space.

Several media reports have stated that after the maiden space programme, ISRO plans to work on its own space station in the low earth orbit (LEO).

Apart from Gaganyaan, ISRO is also planning to launch Chandrayaan-3 in early 2021. Reports said the Chandrayaan- 3 mission will be similar to Chandrayaan-2; it will include a lander and a rover, but not an orbiter.

The Indian space agency has also showcased its willingness for several human spaceflight missions and a manned mission to the moon.

Stating that the private sector could “play a larger role than being just a supplier of parts and components”, he had said the Department of Space would promote private sector space activities “to enable it to provide end-to-end space services like building and launching of rockets and satellites as well as providing space-based services on commercial basis”.

And now, with multiple missions planned, ISRO aims to make the private sector a co-traveller as it explores space and makes history.