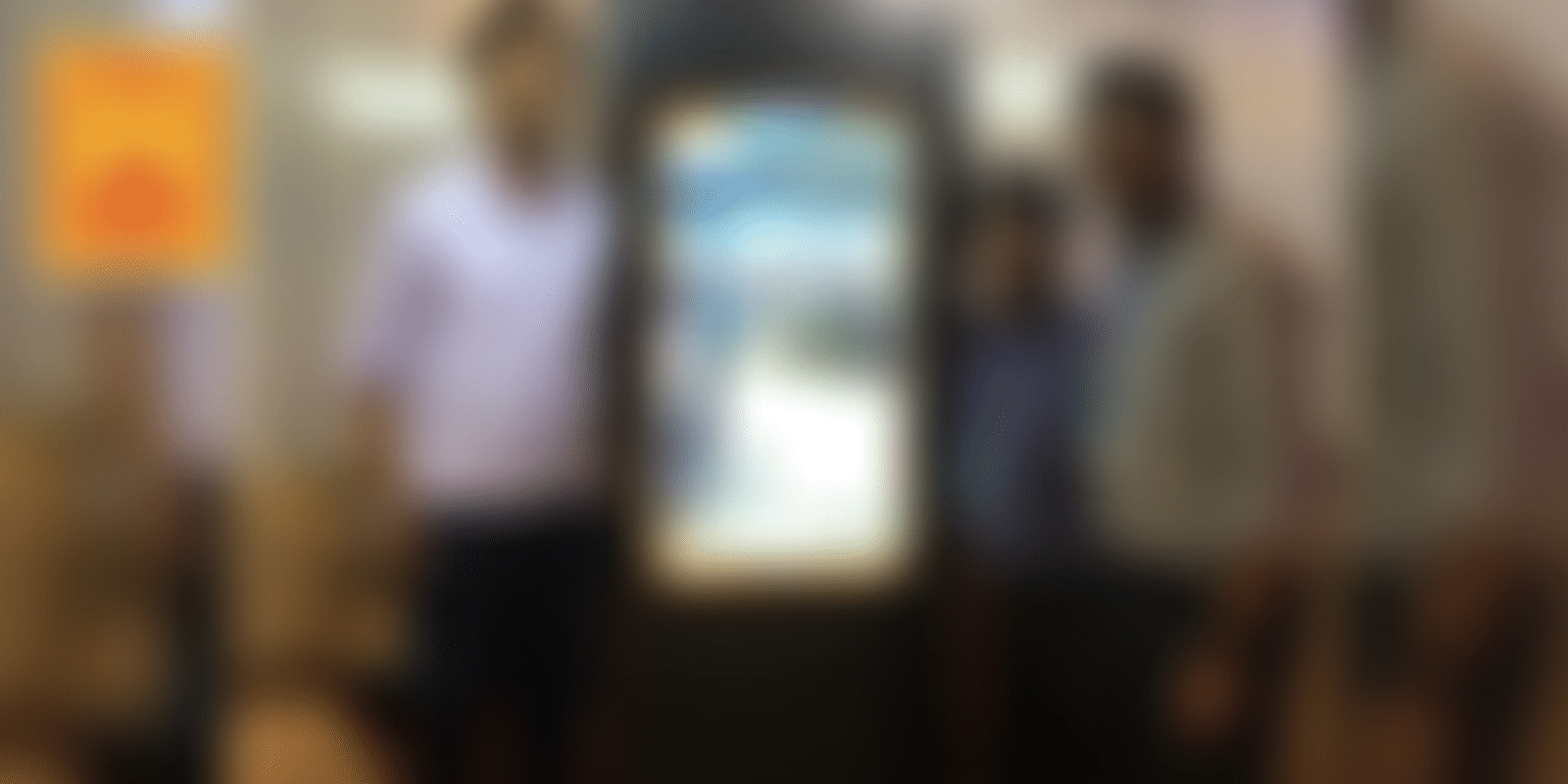 Indian education is largely focused on instruction-based learning with teachers often depending on verbal ways or physical materials to explain even abstract concepts to students.

But technology has had a massive effect on education and learning as a whole. Teaching has actually moved online — opening up avenues to leverage newer ways to impart learning.

One of the startups changing the way students learn, helping them visualise and interact is Thrissur-based Infusory.

TutAR, an Augmented Reality tool by Infusory, helps teachers guide students through simple AR visualisations of complex concepts so that they can understand the basics instead of just mugging up lessons.

“Our ideology is that no one can replace the role of teachers. Students cannot get that personal care or interaction from the teachers cannot be substituted even with some edtech apps. We aim to bring back the teacher-student model by making classes more interactive and visualising,” says Shyam Pradeep Alil, Co-founder and COO of Infusory.

TutAR comes with preloaded AR content for all topics. Teachers can stream content through any video conferencing software that supports screen sharing, record unique videos interacting with the augmented objects, and easily share it on social media channels — all without any green screen setup or VFX.

Infusory was launched as a campus startup in 2015 by Thomson Tom.

It was Thomson, who is now the CEO of Infusory, who first saw a person watching something through a Google Cardboard at a pavilion in Startup Village in Kochi, Kerala.

Intrigued, he tried it and was amused to see a 360-degree view of the Taj Mahal without even being in Agra. That was when the power of Virtual Reality dawned upon him.

A student of B. Tech in mechanical engineering at St. Joseph’s College of Engineering and Technology, Palai, at the time, Thomson decided to research the possibilities of VR and learned a lot about the development of VR apps and other potential uses of the technology.

Infusory started its operations by giving training and workshops related to AR/VR to school and college students across Kerala. In March 2016, the startup claims to have launched the first-ever hands-on VR app development workshop in the state.

It then initiated several innovative workshops and training programmes across the country, including at some premier colleges, including IIT-Bhubaneshwar and NIT Calicut.

“We invested the earnings from workshops and AR/VR projects for our research and development,” says Shyam.

Soon, it started getting projects in creating AR, VR, and 3D content for various industries, media houses, and events.

Later on, Aadhil Khan joined the startup as the CTO, enabling Infusory to explore new possibilities in the world of AR and VR. He developed an AR Android app using the Unity game engine and Vuforia (one of the SDKs used in AR).

The trio always wanted to develop something to revolutionise the edtech space in India. However, they realised that it cost around Rs 2 lakh for VR headsets at the time and had to drop the project.

“In 2020, with COVID-19, we realised that it is the right time to relaunch it with the pipeline already developed. We thus started developing the app using AR in July. We managed to launch it in Google Play Store in two weeks,” says Shyam.

He added that by the end of July, they were able to get schools as clients.

At present, the startup is incubated at TBI at GEC, Thrissur, and is focussed on the operations of TutAR. It claims to have clocked a revenue of about Rs 5 lakh from the product in July itself.

Infusory believes its USP lies in the uniqueness of its content. “There are many others who offer different kinds of content. Ours is completely based on education and all the content are syllabus based,” explains Shyam.

Shyam adds that none from India provides exact contents based on NCERT Syllabus like that of Infusory. Outside India, it competes with startups such as Eon Reality and zSpace.

The TutAR app is compatible with all Android phones, Windows 10 devices, and Mac OS devices. According to the founders, it works on all video conferencing platforms. Its content is based on the NCERT syllabus science subjects for students from Classes 1 to 12, as well as for all subjects for Kindergarten. The team will be including maths in the next few months.

A teaching aid, TutAR lets teacher use AR models to help students have an immersive learning of the subject matter.

“If you know how to use a basic smartphone, you do not need any other technical expertise to use this platform. We provide the content loaded device to the school and train them on how to set up and teach with these technologies,” says Shyam.

The teachers just have to select them, set the phone on a tripod, and stream online in front of it. The advantage here is that it can be installed on multiple devices, but used by only one user at a time.

Infusory claims to have got more than 200 downloads for TutAR since August, and says it has onboarded about five schools in Kerala as their clients and are in talks with some more.

The startup charges Rs 60,000 (excluding GST) per school for the license of a package — Android, Windows or Mac — but for one user at a time.

The startup’s vision is to revolutionise the education sector with a focus on visualisation and plans to soon expand across India.