What makes a unicorn? Investors say it eventually boils down to guts and the right product 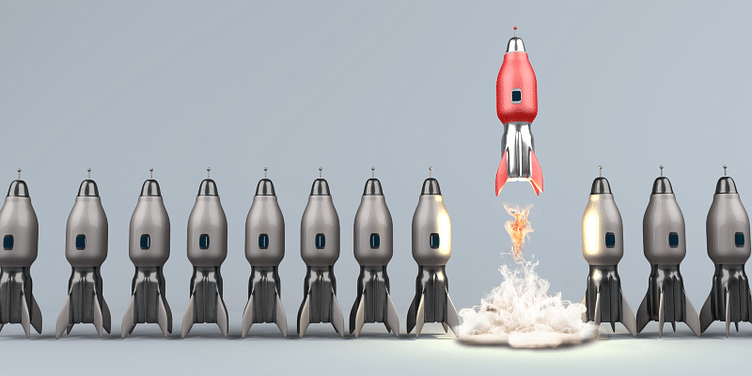 Investment thesis are a dime a dozen in the ecosystem, but every VC who has ever backed a unicorn says it’s all about gut instinct and the product.

﻿Unacademy﻿’s growth from a hobby YouTube channel to a unicorn over five years is what VC dreams are made of.

The edtech startup, which aims to shatter the longstanding system of physical coaching centres by preparing students for entrance exams, jumped to a valuation of $1.45 billion, up nearly 3X from $510 million in February, after raising funds recently from SoftBank, Nexus, Blume, and Facebook, among others.

India’s second-most valuable edtech startup (after ﻿BYJU'S﻿), Unacademy’s momentum — like BYJU's (which turned a decacorn), ﻿Vedantu﻿, ﻿upGrad﻿, and others in the space — was exacerbated by the nationwide lockdown to prevent COVID-19, which forced students to turn to online classes for their education.

With a fundraise from Japan’s SoftBank, Unacademy joined a fast-growing league of edtech startups that have recently seen increasing investor interests — all of whom have been betting on a change in consumption patterns from offline to online modes of learning even beyond the pandemic.

Blume’s Karthik Reddy wrote in a blog that he first met Gaurav Munjal, Co-founder of Unacademy, at an event when Gaurav was working on Flat.to, his first startup.

Months of emails and missed meeting opportunities followed, and the two met again at an event where Shradha Sharma, CEO and Founder of ﻿YourStory Media﻿, reintroduced them.

Gaurav had already broken ground with Unacademy by then and was able to prove his business model on the back of his YouTube channel, where he conducted online classes with the help of his friend Roman’s IAS study tips and hacks.

“It’s that first meeting a lot of the times, when your gut tells you to partner with a great entrepreneur,” Karthik wrote in his blog. Some of the most insightful investors today swear by this factor: a gut instinct that tells them whether the relationship will work and if a story is worth buying into.

In the same blog, Karthik also talks about qualities he noticed in Gaurav and the way he conducted himself — not just the cap table, but also at work.

“I’ve always said and believed that a great founder optimises every term sheet, every team decision, every day. For one single thing, the largest possible impact and outcome that can be generated by the startup. The minute one starts hedging, everything slowly starts coming apart,” he wrote.

Unacademy’s Gaurav, Karthik says, has never hedged in all his time building his startup, a quality that helps him generate the best possible outcome for everyone involved.

“These kinds of founders hold the purpose higher than themselves. Then, it’s not about building a company, raising capital, or selling a product or service. They are truly convinced they want to devote their lives to a mission,” Shailendra said at an industry conference recently.

So much has in fact been said about the right VC-founder fit that it has become an industry axiom — a jumping-off point when evaluating a potential long-term relationship.

Ask any VC and they’ll give you a run-of-the-mill elaboration on what the ‘VC-founder fit’ means; founders should be open to learning and changing, should be obsessed with solving problems, should have an ‘ahead of the curve’ mindset, and must have a product-market fit, etc.

And although that sounds perfunctory and quotidian, it helps VCs form their larger thesis, and essentially create a filter of sorts to root out what doesn’t fit their philosophy.

Chiratae Ventures’ Karan Mohla, for example, says that for his VC firm, founders that have grit and resilience, among other things, are important.

“Founders need to be comfortable with volatility and uncertainty. Having grit and resilience is so important. Mental toughness is one of the most underrated qualities for startup teams. The best founders are able to rightly balance between perseverance and adaptability,” he tells YourStory.

But this could be largely applicable to most other VC companies — and for good reason. These qualities have, time and again, yielded good results across the board.

It’s all about the right product

Most investors are more likely to put their money into products they will use.

On Shark Tank (US), investors Lori Greiner, Barbara Corcoran, and Kevin O’Leary often buy into a company if they think they could be its customers too.

In fact, ﻿Zomato﻿’s first investors were its customers.

Back in the day when Zomato was known as ‘FoodieBay’, Info Edge’s Sanjeev Bhikchandani, who also founded sites like Naukri.com and Jeevansathi.com, wrote to the scanned-menu platform’s creator Deepinder Goyal, saying something along the lines of, “I use your site, we’re fans. If you’re looking to raise money contact us.”

The two met, discussed, negotiated, and shook hands on a deal 72 hours later, and Info Edge has since been making a killing as Zomato continues to grow.

Most big companies get their start this way — an investor believes in the product, the issue it’s solving now, and its use-case 10 years down the line.

Tiger Global and Softbank had a difference of opinion when it came to Bhavish Aggarwal’s Ola Electric Mobility, and their relationship cooled for some time before they reconvened two years later to invest in the startup anyway. The reason they returned to the cap table on Bhavish’s terms was they believed in the founder, his vision, and his product.

Similarly, ridesharing companies in the US succeeded because investors predicted an impending slowdown in the auto industry due to rising oil prices; fintech giants grew because always-glued-to-phone screens millennials were also becoming financially-savvy, and ex-bankers-turned-investors knew they “could not vibe with” institutional, red-tape riddled, slow moving banks.

India will have many billion-dollar startups despite current crisis, says Infosys co-founder

The other side of product evaluation is whether it will work outside its breeding grounds.

Indian VCs love investing in companies that solve issues at home, but also have the scope to expand to and usability in international markets.

“We primarily look for cutting-edge technologies and solutions that are born in India, and are built for the world,” Blume’s Karthik Reddy tells YourStory, adding the firm is more likely to favour startups that can execute a cross-border play.

“We invest when we believe in something and/or someone,” says Karthik.

While some of these are true across VCs, developed after extensive investment experiences, others form the basis of a VC firm’s investment thesis. While evaluating investment opportunities, VCs use their thesis to see if a company checks most of their boxes, and if it does, the relationship progresses.

One area where VCs do differ vastly is their preference for certain sectors. One can argue that sector or industry-specific VCs are more resourceful — if ever so slightly — than sector-agnostic firms and attract deal flows of a higher quality.

Being sector-specific gives VCs the advantage of having more nuanced expertise and dedicated resources than firms that invest in everything, hoping to hit a jackpot.

pi Ventures in India, for instance, funds AI, machine learning and blockchain startups, while HealthQuad supports healthcare businesses. These funds have meticulously-built ecosystems that their portfolio companies can rely on when tackling problems, and with everyone in the same boat, dealing with essentially the same issues, solutions are more holistic and well-rounded.

Ribbit Capital, a US-based fintech-focussed VC company, is invested in some of the biggest financial-tech companies in the world, including India’s ﻿Razorpay﻿ and ﻿BharatPe﻿. Both the startups, in their initial days, benefitted from having access to those who came before them - and that’s a big reason why some founders consciously lean towards sector-specific VCs.

In India though, most VC firms are sector-agnostic, and prefer investing in specific form functions. These days, investors have been pouring money into startups that are solving for COVID-19-related issues. Healthtech, edtech, fintech, D2C, SaaS and service-tech industries have witnessed a stark increase in funding over the last six months, with some parts of the ecosystem even reporting frothy valuations and creating fears of a bubble.

Unacademy’s growth, for example, was aided by the pandemic, so was Paytm’s during demonetisation. But what’s important to note is that while any latest funding rounds may seem to be aimed at companies solving for COVID-19 - or ‘hype-cycle du jour startups’, in Sam Cash’s words — investors are really betting on the psychological change in how legacy products are being consumed.

BYJU’S is an example of that. The startup proved its business model even before COVID-19 because it married education with tech — something schools in India aspired for but couldn’t properly nail down.

Founder Byju Raveendran and his cohort of investors knew it was inevitable that traditional education systems would face an existential crisis of sorts. The on-demand culture also seemed to be pointing towards a change in education and tuition classes. And so, BYJU’S grew, and how.

Today, startups that have products at the intersection of COVID-19-related problem solving and challenge traditional consumption patterns are most likely to attract investments in the current environment. With a change in habits, these products or services will continue to remain relevant and in-demand even after the pandemic abates, VC firms believe.

Chiratae Ventures’ Karan says one of the questions he asks founders is if their solution is a necessity or a nice-to-have? And if it isn’t a necessity, how can they make it something that potential users will need, especially post-COVID-19.

So, while it may seem that investors are jumping on the bandwagon of whatever sector is the hottest, their end-goal is more than just enabling short-term problem-solving.

Ultimately, the journey of any VC company with a unicorn boils down to intuition about the founder, how well their product fits the market, what pre-existing notions it challenges, what problems it solves, and how far along down the line can it continue to solve that problem - everything else is mostly very elaborate and specific window dressing.