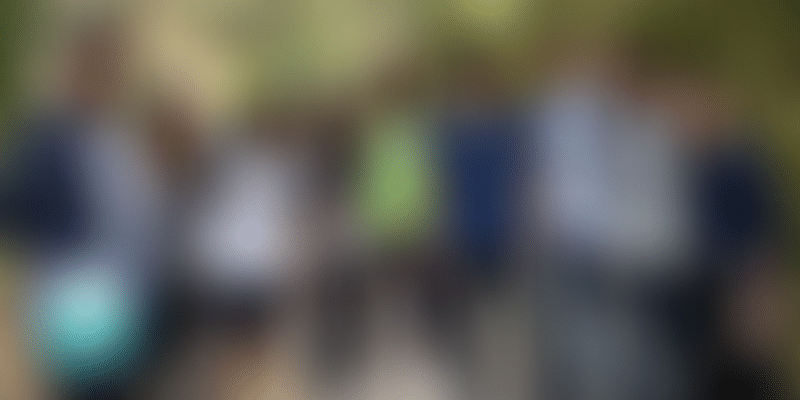 A product roadmap clarifies the why, what, and how behind what a tech startup is building. This week, we feature Bengaluru-based Aisle.Co, an app that brings together dating and matrimony on the same platform.

Apps like Tinder have helped users discover the joys of swiping right and left to meet new people — almost like a game. But, not everyone likes these rules.

For people looking for serious relationships, a platform needs something more — the convenience and flavour mixed with some in-depth information and seriousness. Not exactly Tinder but not Shaadi.com either.

This was the idea behind Aisle, founded in 2014 by Able Joseph. In the past six years, Aisle has raised over $300,000 from some of the biggest angel investors in the country, including serial entrepreneur Sanjay Mehta, Facebook Director Anand Chandrashekaran, and Udhyam founder Mekin Maheshwari.

Building a product that focussed on the needs

“We felt there was a void when it came to an app that catered to the Indian market, and understood the population in all its sensitivities. Indians being the romantics at heart, we always include a permanent lover as a part of our life plan. So, we opted to take a middle path and build a platform that is not too casual and doesn’t pressurise users to initiate conversations around marriage like matrimony websites,” says Able.

For the first 1,000 days, Aisle was a hand-picked community with every user being vetted by the team. Once the team found its product-market fit, demand grew, and the platform was open for business to single Indians from around the world.

“Within a month of our launch in July 2014, we had 100-odd users on board solely by word of mouth. Fast forward to today, we have 3.4 million members across 193 countries,” adds Able.

Aisle was initially built with millennials in mind, but towards the end of 2017, it had an organic explosion of Gen Z audience. Able explains that Gen Z, unlike their older counterparts, match and meet with many more users before wanting to start a relationship. The product was not ready to attend to their needs at the time.

“We had steered clear from gamifying the experience of finding love, so there isn’t any swiping on our apps — Gen Z expects this functionality on dating apps. To adjust to their needs, we redesigned the product to make it seem ‘less serious’ and we introduced a ‘Like’ button,” he explains.

Earlier, Aisle users connected with other members by sending out ‘Invites’ — a written note, which could be purchased in packs of threes. But since Gen Z users were getting used to subscribing to services like Netflix and Spotify, they introduced Aisle Premium, a monthly subscription where the users could upgrade and send five Invites daily. In comparison, in casual dating apps, a user gets a limitless number of swipes.

“Aisle was initially just a website designed by me and coded by a freelancer. It was rudimentary because there weren’t any provisions for real-time notifications. Members would come online, see an interesting profile, and reach out to them, chat on Aisle for a bit and then switch to another instant messaging platform. It was after our seed round that we hired full-time engineers and expanded the team. We released our Android and iOS apps a year after we launched.”

In the first 100 days, Aisle had a team of three who handled everything from design, marketing, operations, etc., and what they couldn’t do, they outsourced to freelancers. They even released their first promo with the help of some friends and fresh out of college talent.

“Though it was a zero-budget video, it did phenomenally well and got 300,000 views on YouTube. Back in 2014, that felt like a million views,” says Able.

The team researched the technology stack of most of the social networks, including matrimonial websites. They learned a lot about the pros and cons of using a particular language for backend development. Since consumer internet applications are feature rich and evolve constantly, Aisle chose a language that was fast to script and iterate.

Building on top of the MVP

The startup chose to utilise the cloud to minimise handling of physical infrastructure. It also used APIs everywhere possible rather than trying to reinvent the wheel.

“We did not consider what we were building as an MVP. We don’t believe in shipping something, which did not offer the best in class user experience. This is because, for B2C apps, user satisfaction and engagement would differ drastically between an MVP and Version 1.0 of the product. And we are in a sort of business where engagement dictates success,” says Able.

The base code that the team wrote in the beginning is in use even today. It was after the app revolution took off in India — around mid-2015 — that Aisle shifted focus from being just a website to having a presence on both iOS and Android.

A year later, seeing a spike in engagement on the app and because of the limited resources, the company decided to shut down the website and focus on offering a world-class experience through its apps.

While the website worked well, notifications and chat were underutilised and smartphone apps solve this limitation.

The freedom of online-only

“We are an online-only product with little to no operations. This gives us the freedom to really focus on our app experience. We spend most of our waking hours thinking about tech and design. All our features are prioritised based on user feedback; it may be direct feedback or what we have derived from our data sets. If a feature was requested many times, we evaluate its ROI,” says Able.

He explains it is important for the team to deliver more success stories per 1,000 users than casual dating apps.

“That’s our main driver for organic growth — results. So, the hardest part while deciding on product features is to maintain a balance between becoming too casual and at the same time providing an enjoyable experience,” he adds.

Online dating requires both men and women to be present on a platform at the same time. The team knew early on that it would be the working women of India who would be most open to the idea of connecting with someone online and meeting offline.

“They are quite particular about the kind of men they want to meet — urban, employed, and possibly well-travelled. While India is a large market, we predominantly focus on acquiring this demographic. Working with YouTube creators who they subscribe to has bought us good ROI,” says Able.

What do women want?

He explains the product decisions have been made keeping the users, especially the women user base, in mind. Citing an example, Able says they had a feature called ‘Roses’.

All Aisle members got seven Roses every month that they could offer to other users. If the receiver accepted the Rose, the two users would then be matched. While this led to many meaningful matches, it also led to a lot of frustration if a user ran out of Roses for the month without any success.

“To take away this frustration, we changed Roses to the more traditional Like and users now get 10 free Likes per day. Every time we introduced a new feature, we had a comprehensive description of it on the app. Some members complained that ‘there was too much text’. Since then, our apps have become more minimal. We now say no to features we feel cannot be described in two to three lines or through an illustration,” says Able.

He adds that the team takes a lot of inspiration from social networks that operate at scale like Twitter, Instagram, Reddit, etc. As much as possible, they try to use a stack and APIs that have a proven track record with such networks.

“We rarely adopt tech that is only a few months old or does not have a mature ecosystem around it. Looking back, it feels like we were able to eliminate many mistakes just by learning from the larger networks. We’ve hosted over a billion images on Aisle. Reducing the size of images is vital to our load times. We now have systems in place that shrink the size of images without compromising too much on quality,” says Able.

A dating app is incomplete without a chat feature and moreover, users expect it to work as smoothly as WhatsApp. With its limited resources, Aisle built socket systems that offer the users a world-class experience.

“When it comes to traffic, our peak hours are between 9 pm to 12 am. Comparatively, traffic is much lesser in the first half of the day. Over the years, we’ve figured out cost-efficient load balancing techniques to bring up more servers when in need on a daily basis,” says Able.

A new feature and the way forward

Currently, the team is focussed on their new feature ‘Rooms’, introduced a few months after the lockdown was announced to help singles not just match online, but also have their first date via the internet.

Now, a user can create a Room and other community members can have an audio-only conversation with the host for five minutes. The host can then choose to match with their guests after each session or ‘pass’ if they don't find a common ground. These conversations are fun and more revealing than back and forth texting.

Currently in beta, users who have access to it are spending over seven minutes per session compared to 2.5 minutes before the introduction of Rooms. Since it is audio-only and not video, the app has seen women comfortably engaging with other users more than expected. It also enabled more engagement between users in India and NRIs.

“So far, our growth has come from metropolitan cities. In 2021, we plan to grow inorganically in Tier-II cities as well. We are mindful that Tier-II cities are a huge opportunity but they will be slow to gain momentum,” explains Able.