Self-sovereign identity in the context of data protection and privacy 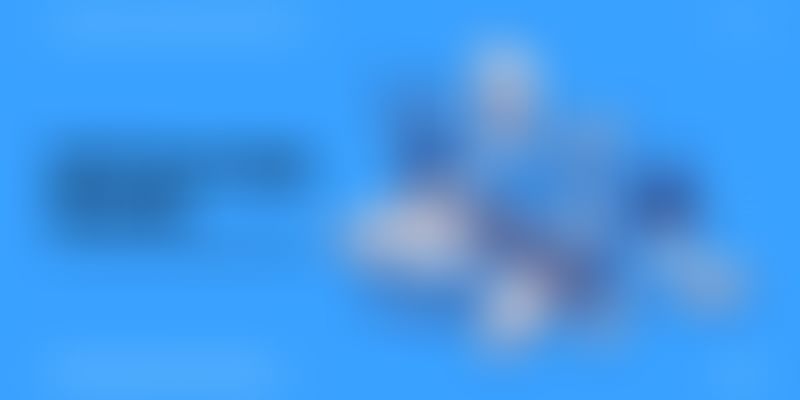 Fifth in an ongoing series, this article deconstructs the self-sovereign identity model and examines how it stacks up against The Personal Data Protection Bill, 2019.

A digital ID is different from a physical ID such as a passport or driver's license in that it uses advanced technology to provide digital proof of legal identity for in-person and remote transactions.

There was no concept of ‘digital ID’ in the pre-internet era. Users would operate multiple ‘accounts’, both within and across organisations — for instance, an enterprise user would have a separate LAN-ID and email-ID, and depending on their responsibility, maybe even a separate user-ID for payroll systems, HR systems, network management systems, database administration, etc. This approach of using access-control lists (ACL) — in which users authenticate themselves using a unique identifier (username) and security token (password) — was one of the earliest forms of digital ID management.

It was against this backdrop that centralised (or siloed) ID management systems came into being on the internet. In centralised systems, administrative control is exercised by a single authority that can confirm or deny access to a user. Examples include certificate authorities (CAs), domain name registrars, and individual websites.

Eventually, the internet saw a flurry of activity and a simpler way had to be found to authenticate users on websites. What started with Microsoft Passport (1999) and became popular with social login constitutes the second phase of identity management, also known as federated ID management.

In federated systems, administrative control is exercised by multiple federated authorities that enable users to utilise the same ID on multiple sites by exchanging shared secrets over secure channels. However, the digital identity or persona is still owned by companies like Google, Facebook, Twitter, etc. putting the company, and not the user at the centre of the federation.

The next phase in this evolution offered the user some level of control on the sharing of identity data (through consent) and brought them to the centre of the identity process. The IIW community referred to this as User-Centric ID in order to shift focus from the server-centric model of centralised authorities.

In user-centric systems, administrative control is distributed across multiple authorities without the need for a federation. User-centric designs brought in two key elements — user control and interoperability. But true user control of identity needed an additional element, autonomy!

The fundamental objective of SSI is to transfer control of verifiable credentials from the identity issuer to the identity holder.

Self-Sovereign is a just inventive term used to refer to the autonomy and control of the identity holder. In fact, the words 'sovereign' and 'identity' were perhaps used together for the first time in this 2012 blog titled What is Sovereign Source Authority?.

At its core, SSI is attached to the expression of individual autonomy and control. The vision for SSI is to correct the power imbalance between the identity issuer and identity holder (individual), recentre identity around the individual, enable them to deepen the relationship with their data, and determine their interactions with society.

We have already discussed verifiable credentials and the trust triangle. We shall now discuss (arguably) the most important component of SSI architecture—decentralised identifiers (DIDs).

DID is a new type of identifier that enables verifiable, decentralised digital ID. Unlike federated identifiers, DIDs are designed such that they can decouple from centralised authorities and operate on any decentralised network to avoid a single point-of-failure.

Think of DIDs as the IP address (internet protocol address, something we are all familiar with) of an identity holder. Though its structure is different from an IP address, just as two devices with distinct IP addresses can use TCP/IP to exchange data, two identity holders with DIDs can use an SSI protocol to form a cryptographically secure connection and exchange data.

There is no doubt that SSI offers many advantages, but equally, its adoption path is dotted with many challenges. As is the case with any emerging technology, a selectively optimistic view would not serve SSI well over the long-term.

It has been suggested in the wake of COVID-19 that SSI can be used voluntarily by individuals to easily and securely demonstrate verifiable immunity credentials in a way that can scale across regions and countries and revive the travel, hospitality and entertainment industries, globally.

Car rental is another, more conventional use-case for SSI. The car rental company, customer and the vehicle (seen as an entity) can generate a DID, write it to the blockchain, and then request issuers for verifiable credentials such as the registration certificate and insurance policy, driver’s licence, and car’s licence plate number. After issuers provide verifiable credentials to the identity holders, the holders can provide consent, and selectively or fully disclose information to the verification service providers.

Similarly, SSI solutions would also work well in high-trust, multi-stakeholder industries and applications such as financial services, healthcare and government.

There are two relatively recent phenomena that have necessitated the development of a privacy-preserving form of digital ID. One is the overproduction of personal data. The other is rising awareness about the individual and institutional costs of large-scale data breaches like Equifax and Cambridge Analytica. Interestingly, in Christopher Allen’s personal view, while institutions can somehow still bear penalties and costs, individuals cannot and should not have to bear the cost of someone else’s negligence.

In some sense, SSI and data protection regulations like PDPB and GDPR have a shared vision of the future. While the regulations aim to protect the privacy-related interests of the individual, SSI sees the individual as the sole gatekeeper of their identity.

From a techno-legal perspective, data protection regimes like PDPB and GDPR regulate the processing of personal data—which has a broad and evolving definition. An authoritative paper on the subject classifies SSI data components into four categories — DIDs, credentials, revocation of credentials and hashes (relating to the first three).

Things are a little more complicated in the case of DIDs and hashes. DIDs are not created by a centralised authority but by the identity holder or data principal (refer PDPB definitions).

In a decentralised network like blockchain, DIDs are stored on-chain; since the identity holder is the one writing to the blockchain, from a PDP perspective the holder is both a data principal (because the DID pertains to the holder’s personal data) and data fiduciary (as the holder is the one writing to the blockchain at the transaction-level) — however, the obligations of a data fiduciary as mentioned in PDPB may not apply to the identity holder. In the case of hashes, the determination works on a case-to-case basis and is outside the purview of this analysis.

In summary, traditional identity management models do not always consider the user as the principal stakeholder; hence, SSI is the next logical step in the evolution of digital IDs. Without SSI, users’ personal data will continue to be scattered across multiple centralised entities.

With the introduction of data protection regulations such as PDPB, there is a new lens to view personal data and digital ID rights. Incidentally, there is alignment between SSI and data protection regulations on the subjects of user autonomy and interoperability. A case-by-case analysis of specific applications is required to determine what data components of SSI constitute personal data and might be subject to strict regulation.

When storing data on the blockchain, there are a set of operating constraints that we have enumerated earlier in this series. There are a few questions to consider before the concept of SSI can become mainstream. For governments — when will SSI be ready for population-level usage? For companies — what are the merits of adopting SSI as the primary identity management model? For individuals — when will enough entities and individuals start using SSI for it to matter?