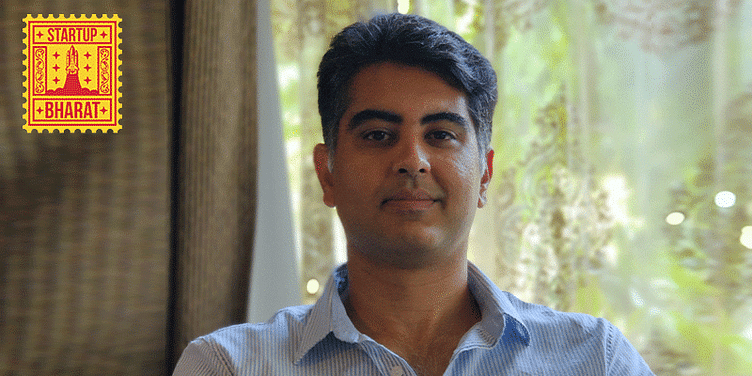 Haryana and Punjab generate as much as 35 million tons of crop waste from their paddy fields annually, according to media reports. A report by Science the Wire suggests that farmers burnt around 11 million tonnes of stubble in these two states last year; the numbers are expected to be similar in 2020 as well.

Stubble burning may seem like a quick escape route for farmers to get rid of waste, but much of this results in Delhi’s air pollution problem.

Suvrat Khanna, born and brought up in Amritsar, Punjab, has experienced this problem first hand. “Every year, we faced the same problem. And I kept thinking that there had to be some solution to this,” he tells YourStory.

In 2018 end, he quit his previous company to start ﻿Verve﻿ Renewables with the aim of solving the stubble problem in Haryana and Punjab. Soon, Co-founder Rajiv Khatri joined the team.

Solving the root cause

Registering the startup in Mumbai in November 2018, Suvrat moved back to his roots and started operations in Ambala and Chandigarh.

“When we started out, we had the infrastructure and office in Mumbai,” Suvrat says. However, the startup doesn’t operate in Mumbai; it is focused on solving Punjab and Harayana’s stubble problem.

When Survat quit his previous job, he was sure about one thing: to deal with the stubble problem, one had to build a business model around it. “Otherwise, everyone was looking at it as waste,” he says.

After doing initial research, the co-founders realised that paddy straw could be used to generate energy. They got in touch with a sugar mill, Naraingarh Sugar Mills, in Ambala for the same.

“Their resources were used during the sugarcane harvesting season. The rest of the six months, it was idle...They agreed to make full use of their assets and use their boiler to produce electricity with the waste paddy straw,” Suvrat says.

Thus, Verve started its journey with one customer and an initial investment of around $1 million from the founders, friends, and families, in December 2018. Starting with a team of two, Verve now has 20 permanent employees and hires up to 75 people during the harvesting season.

While the sugar mill agreed to process and boil the paddy waste, Verve had to take care of everything else. “The paddy had to be made ready to go into the boiler,” Suvrat says. Thus, Verve got deeper into the business and today manages transformation of agro-waste from end to end.

The startup works like a one-stop destination for procurement, processing and provision of biomass or agro-waste. “Through briquetting and pelletising, we make biowaste boiler-ready,” Suvrat says.

Verve follows a three-step process: cutting the stubble, raking it, and – finally - bailing it. The startup automates the process by using raking and baler machines as per the demands of the end user.

Verve also reaches out to farmers to educate them about the usage of agro waste for energy generation.

In the last two years, Verve has partnered with hundreds of farmers across Punjab and Haryana, covering over up to 75,000 acres of land.

The startup collects paddy waste from farms. In turn, it pays up to Rs 2,000 for the bladed paddy straw to farmers. “The money is given to farmers who have invested in bailing machines. There are close to 100 balers running for us at present,” Suvrat says.

These balers are either bought by individual farmers or a group of them. Suvrat further explained that each baler collects about 1,500 tonnes of material or paddy straw, per season (between mid-September and November), and provides a profit between Rs 300 and Rs 500, per tonne.

Verve shares 15 percent of the gross margin with its clients.

The Indian renewable energy sector is one of the most attractive renewable energy markets in the world. As of August 2020, the installed renewable energy capacity stood at 88.79 GW. Some of the startups working in this space include ﻿ReNew Power﻿ and ﻿Fourth Partner Energy﻿, among others.

Suvrat says Punjab and Haryana generate more than 30 million tonnes of paddy straw every year. In Punjab, Verve competes with the likes of PRESPL (Punjab Revewable Energy Systems Private Limited). However, Suvrat feels Verve has a differentiator to offer. “We provide end-to-end service, using a cutting-edge machine to process,” he adds.

Verve collected 75,000 tonnes of stubble last year and is aiming for 1.5 lakh tonnes this year.

“Going ahead, we are working towards partnering with more farmers and onboarding more clients,” Suvrat says.

The startup is also working towards building an in-house proprietary software to be able to collect end-to-end data with respect to collection and procurement of paddy straw.

“Right now we are a bioenergy service startup. However, our mission is to establish ourselves as a clean energy startup and be able to generate compressed biogas,” Suvrat ends.