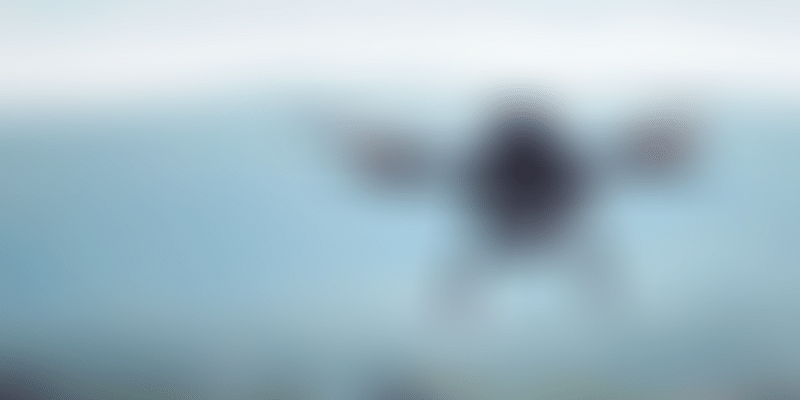 The capabilities of drones have been vastly enhanced with the incorporation of AI, AR and IoT and they have huge potential in areas like agriculture, disaster management, surveillance, ecommerce and healthcare.

If you have watched the Indian military action film, Uri: The Surgical Strike, do you recall the Garuda, a robotic eagle Unmanned Aerial Vehicle (UAV), disguised as a bird that flew across the border to sneak out information? Now imagine a time in the future when these UAVs or commonly known as drones will deliver us packages or help farmers increase the yield of their crops.

Are we not excited at the possibilities?

India could be one of the countries at the forefront of the drone revolution. As per the Drone Industry Insights Report 2020, the global drone market size is expected to grow to $42.8B by 2025 at 13.8% CAGR. The findings also projected that India is expected to be the third-largest drone market in the world by 2025.

This means that there is an immense potential for the growth of drone technology in the country in the years to come.

Has the drone revolution begun?

The usage of drones is not new, at least, in the defence sector as it has been in use in the Indian defence forces since 1999. Beyond that, there was not much usage as the development and usage of drones were limited, owing to the lack of guidelines and the absence of the UAV ecosystem in the country. Besides, the civil usage of UAVs in the interest of national security was banned.

With the emergence of new-age technologies such as Artificial Intelligence, Internet of Things, Augmented Reality, and others, there is a scope to create a drone ecosystem in the country.

Though both the industry and the market in India are at a very nascent stage, the innovation and development of drones are on the cards of several companies across industries.

For example, Amazon is experimenting piloting the delivery of ecommerce orders using drones. So, while the explorations are taking place on drones and its functionalities, let us look at five sectors where drones can make an impact.

India is an agrarian country. And drones offer myriad usage to farmers. From watering and sowing (dropping from above) of seeds, thereby, cultivating vast agricultural lands, to soil mapping, the opportunity is huge. Think of it as a high-tech boost in the farming sector.

In cases of natural disasters such as an earthquake or flood, authorities can send drones for surveillance of the impacted areas. The drones can also act as a social rescue device to spot stranded people and direct them to safe areas.

Think of it as an eye in the sky. These flying objects can provide eyes that can reach and hover above specific sites and locations. With remote monitoring, drones can be used for espionage and intelligence gathering purposes as well. These can also be used at construction sites to carry out inspection and provide real-time footage.

With ecommerce booming, faster sortation, and identification of stock will play a key role. Drones can aid in reducing turnaround time. These minion machines equipped with sensors can easily measure and transmit data in real-time to the companies to manage warehouses more efficiently.

Medical emergency in a remote area? Drones can be used for transporting lab samples for tests, medicines, and even small equipment during medical emergencies. Timely intervention could go a long way in saving a life. Just imagine drones delivering COVID-19 vaccines across the country.

There’s no denying that the usage drones present can have a far-reaching positive impact on society at large. Further, it is very much within the realms of possibility that these flying machines will soon find their way into various industries in the future. With this also comes the opportunity to build a drone-related career to be a part of this upcoming industry.

In many schools and colleges, drones are being used by teachers as a hands-on tool for teaching STEM. Not only this approach is helping students retain knowledge better, but it is also aiding in the development of core skills such as critical thinking and cognitive skills.

From teaching coding and electronics to becoming familiar with the mechanical innards of electronics, drones are perhaps the best option teachers have at their disposal for imparting STEM education.

Further, as the job market for drone-related careers is likely to grow in the future, it will generate huge employment opportunities for engineers and technical professionals with expertise in drone development and operation. Thus, it is prudent to start learning about them at an early age.

That day isn’t far when a drone will deliver us our favourite ice cream.