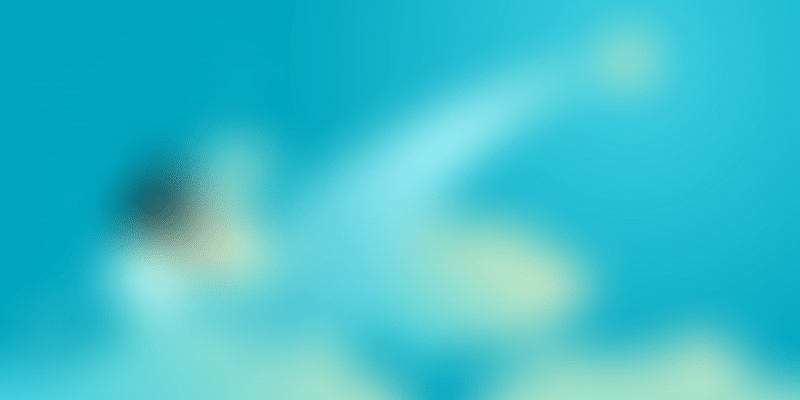 Flush with resources, technology giants can outcompete startups and often replicate innovations with ease. Yet, some companies have shown they can hold their own. Here's how.

With a combined annual revenue of $773 billion, the total market capitalisation of Facebook, Amazon, Apple, and Google stands at $5 trillion. This means they have the money, technology, data, and talent to outcompete smaller startups with ease.

According to a Harvard Business Review report, small companies working on innovations that have high potential invite the scrutiny of these major technology companies. Big tech can replicate and enhance any technological innovation that is not fully protected by patents.

The power to wait

Take the example of social media stories disappearing within 24 hours, a feature first seen on Snapchat. It soon became available on Instagram and Facebook. Since then, the stock prices of Snapchat have dropped dramatically.

Another example is that of Slack, which built an innovative tool to help teams communicate and collaborate at their workplaces. The company had a five percent growth per month and a strong adoption rate. But, that changed when Microsoft launched Teams.

“A third approach is to copy a niche product. Allbirds acquired a cult following by developing a line of wool shoes sourced in an environmentally responsible manner. In response, Amazon copied the top-selling product almost point for point, and sold it online for nearly half the price,” said author Thales S. Teixeira in the HBR report.

But that doesn’t mean that startups don’t build or grow or scale. Like the saying goes - “…You do more of what works. If it works big, others quickly copy it. Then you do something else…”

[YS Learn] The impact of COVID-19 on business models of organisations, and the way forward

Use their strengths against them

The report noted some startups held their own in segments by using the strengths of these tech giants against them.

For example, Wayfair, a US-based online seller of home goods and furniture, should ideally see stiff competition from Amazon. However, Wayfair catalogues its inventory by taking its own pictures and measurements.

This helps the consumers better visualise the home decor in their own homes. The report added that Wayfair was able to grow at 49 percent in revenue over five years in this segment as compared with Amazon’s 26 percent.

The report suggests that a reason why Amazon could not implement this cataloguing style was due to its massive inventory of three billion items. Such a method would increase costs and reduce the speed of growth at the ecommerce giant’s “everything store”

Keep an eye on weaknesses

Another example is of Asian ride-hailing startups that gave Uber tough competition in the San-Francisco-based ride-hailing giant’s heyday.

When it entered Asia through Taipei, Taiwan, in 2013, Uber was valued at $3.5 billion and had raised $258 million in Series C funding.

Ola is presently valued at $7 billion and Uber’s valuation in 2018 before it went IPO was a whopping $68 billion, and it has raised close to $22 billion in funding.

The huge valuation jump and deep pockets, however, didn’t help Uber in the long run as it sold its China operations to Didi Chuxing, its Indonesia operations to Grab, and is a distant second to Ola in India.

Its Asian rivals were also flexing their muscles by giving customers distinct experiences that demonstrated a high degree of localisation due to a deeper understanding of local cultures.

In India, Ola offered bookings through the website, a call centre, and an app. It even accepted cash payments from the very beginning. Grab in Indonesia began with teaching driver-partners how to use smartphones. To help driver-partners adapt to technology, the companies also focused on integrating local languages, voice-based commands, and gamification on its app.

On the other hand, Uber, which came with strong technology backing, doesn’t even have a call centre in Asia. Most Asian users are not comfortable with chat or talking to a bot, and prefer a conversation with a person, which for many was a sore point when it came to Uber.

That Indians like to be spoilt for choice is no secret, and this was another scoring point for Ola. The Bengaluru-based cab aggregator offers multiple categories - Share, Micro, Mini, Prime, Prime Play, Auto, Lux, Rentals, and Outstations. It even offers electric vehicles in Nagpur, and even bicycle rides in IIT Kharagpur.

Uber, on the other hand, has four offerings – Pool, Go, Premier, and Auto. It only recently added Hire in response to Ola’s Rentals. However, these initiatives seemed to arrive too little too late, as they are years behind Ola, which cashed in on the first-mover advantage.

While the giants can easily copy their counterparts, in many points it also boils down to whether large ships can move that way, and does it make sense for them?

Another example where a startup is giving strong competition to tech giants is Zulily, which sells women’s and children’s clothing. The startup takes a supplier-focused approach by offering them high-quality service, committing to volume purchases, and offering fair purchase prices.

The report said Zulily secured exclusive supply deals with its suppliers, which allowed it to offer novel and unique items. This contributed to Zulily’s revenue growth at a CAGR of 161 percent between 2009 and 2014 before getting acquired by Qurate, owners of QVC and HSN, in 2015 for $2.4 billion.

Another example is that of TikTok, which focused on younger users who wished for alternatives to Facebook. Needless to say, TikTok saw massive traction. Although Facebook launched Lasso in response, it didn’t gain the traction that it sought.

The report says while this judo-like approach, in which a smaller challenger leverages the opponent’s larger size and strength, is promising, it’s certainly not guaranteed to work or be sustainable over the long haul.

If they don’t copy you, the giant you’re competing with might opt to build a standalone competitor and still copy what you built. That said, it’s generally easier to compete with a standalone spin-off than the “mothership.”