[YS Learn] What Ben Horowitz, Reed Hastings and others have to say about the startup culture and its importance 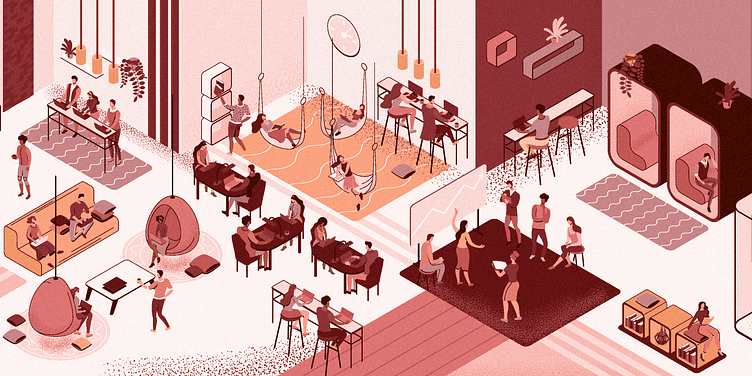 Culture is one of the most important aspects that determine the growth of any startup. This is why many books and theories that emphasise the importance of the startup culture.

There is something endearing about the startup culture – carelessly strewn bean bags populating the floor space, foosball tables in the break room, wall art everywhere, and an open-door policy. But above all, it is about how organisations begin and grow.

Whether it is Larry Page or Steve Jobs beginning with just an idea and pure passion, their stories are legendary. Most startups tell a story of passion. But what happens when the startup starts growing, and adds new people and processes? Can it hold on to its transparency and open-door culture? Or does the startup start behaving like a large corporate?

Lately, the startup culture has been receiving a lot of attention. Many global organisations have started looking at their culture more seriously and are seeking experts’ help to create a better working culture and space for their employees.

[YS Learn] Pitching tips to understanding the market and selling right, what startup founders advised in 2020

Here’s what top authors have said about building a good culture:

What you do is who you are - Ben Horowitz

Ben Horowitz’s The Hard Thing about Hard Things has been a startup bible for years now. In his new book, What You Do Is Who You Are, the VC and author Horowitz focuses on the importance of startup culture and why founders must walk the talk to create the values and traditions they want.

In his new book, Ben Horowitz, writes: “Your culture is how your company makes decisions when you’re not there. It’s the set of assumptions your employees use to resolve the problems they face every day. It’s how they behave when no one is looking.”

He adds, “Is culture dogs at work and you in the break room? No, those are perks. Is it your corporate values? No, those are aspirations. Is it the personality and priorities of the CEO? That helps shape the culture, but it is far from the thing itself.”

The book Trillion Dollar Coach: The Leadership Playbook of Silicon Valley’s Bill Campbell quotes as saying: “If you’re a great manager, your people will make you a leader. They acclaim that, not you.”

The book quotes: “Excellent teams at Google had psychological safety (people know that if they took risks, their manager would have their back). The teams had clear goals, each role was meaningful, and members were reliable and confident that the team’s mission would make a difference. You’ll see that Bill was a master at establishing those conditions: he went to extraordinary lengths to build safety, clarity, meaning, dependability, and impact into each team he coached.”

Google Co-founder Larry Page in the foreword of the book by John Doerr Measure What Matters says, “As much as I hate process, good ideas with great execution are how you make magic. And that is where OKRs come in.”

"How do you build engagement? The consultancy firm’s report said that the single defining and impactful factor is, “Clearly defined goals that are written down and shared freely… goals create alignment, clarity, and job satisfaction. This is where OKRs help”.

Netflix Co-founder and Co-CEO Reed Hastings, and author Erin Meyers, in their new book, No Rules Rule: Netflix and the Culture of Reinvention, talk about Netflix’s work culture, and how it managed to create a company of high performers.

Netflix realised that “For top performers, a great workplace isn’t about a lavish office, a beautiful gym, or free sushi. It’s about the joy of being surrounded by people who are both talented and collaborative. People who can help you be better. When every member is excellent, performance spirals upward as employees learn from and motivate one another.”

According to Meyers, Netflix’s 2001 layoffs showed that performance (good and bad) is infectious.  She says, “If you have adequate performers, it leads many who could be excellent to also perform adequately. And if you have a team consisting entirely of high performers, each pushes the others to achieve more.”

Robert Bruce Shaw in his book Extreme Teams: Why Pixar, Netflix, Airbnb, and Other Cutting-Edge Companies Succeed Where Most Fail, says the story of Pixar is a rare one that doesn’t rest on the capabilities and performance of the teams within a company.

Often unknown to people outside of a firm, the team is the driving force behind a firm’s success. This is particularly true because large and complex firms require something more than any leader can provide — no matter how talented or charismatic they may be.

“Pixar is a community in the true sense of the word. We think that lasting relationships matter, and we share some basic beliefs - Talent is rare. The management’s job is not to prevent risk but to build the capability to recover when failures occur. It must be safe to tell the truth. We must constantly challenge all of our assumptions and search for the flaws that could destroy our culture,” the book quotes.