[YS Learn] Pitching tips to understanding the market and selling right, what startup founders advised in 2020 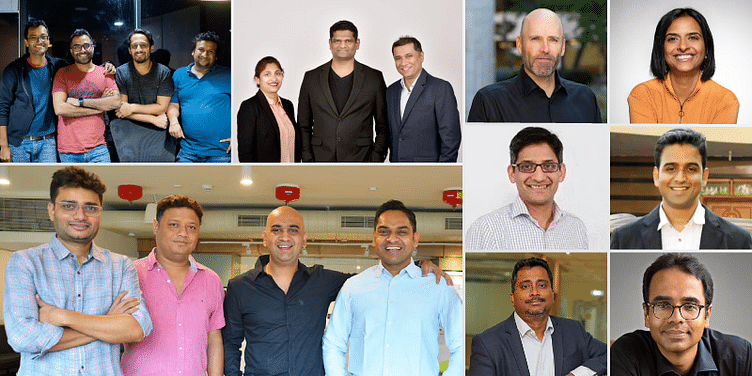 Fundraising comes with its own set of challenges. No amount of advice and guidance can be enough. Here is what some founders advised startups on their fundraising and pitching journeys.

Fundraising is a part of any founder’s journey. Not only does it take up a considerable amount of a founder’s time, but it also is an exacting and cumbersome process. The founders have to go over details like — market size, valuations, business models, product, and the list is endless.

But one advice that stands out is – ‘Even before you think of approaching an investor, start with assessing whether your idea is viable.’

Here are what few founders did to woo their investors:

“Never put a video in your pitch. It doesn’t work, it always gets stuck, and you only have a small amount of time to catch the investor’s attention, a stuck video is distracting,” advises Mithun Srivatsa, CEO and Co-founder, Blowhorn, the tech-enabled logistics marketplace.

He adds, “The journey isn’t as glamorous as it was made to be. There are a lot of low points, struggle, and pain and there is no glorification in that struggle and pain. So if you want to start up, do so because of the right reasons.”

Greg Moran, CEO and Co-founder, Zoomcar on wooing the likes of Sequoia Capital

"Not every startup necessarily has to follow the lean startup model to succeed. When I met Eric Ries, (author of the book The Lean Startup), he stated that ours was an operationally intensive model and wouldn’t be successful. He categorically said this idea and business wouldn’t succeed. So I would tell most entrepreneurs that they should understand their business in the market, and then see what works and what doesn’t,” says Greg Moran, Co-founder and CEO, Zoomcar, the Bengaluru-based vehicle rental startup.

He adds that the lean startup model ensures investment in your startup and its success. Greg says people can put founders and businesses in a box and say one template works and one doesn’t. One size fits all rule cannot apply to startups and founders.

Ravish Naresh, CEO and Co-founder, Khatabook on clinching the deal with Y-Combinator and Surge

When Ravish Naresh started Kyte (now pivoted to KhataBook) with his friends in 2016, he hadn’t anticipated one problem. As one of the co-founders of the real estate startup Housing, he wasn’t exactly a favourite of the startup ecosystem.

“Let’s be honest, we didn’t have a good rap. We had gone through $100 million in cash in a short timeframe. And when I started again, Housing’s reputation preceded me. It was hard to get angel funding and in those days, India wasn’t as forgiving towards failures as Silicon Valley,” says Ravish.

In August 2011, Sriram Kannan, a techie who had built Verayu – a tracking software solution that doesn't use GPS, teamed up with Surjit Das, another techie, to explore the idea of a transport automation solution provider.

But what helped the founders forge ahead was the Rs 40 lakh cheque that Naresh Malhotra, former Cafe Coffee Day CEO, had cut that August evening long ago.

“More than a pitch, it was a healthy conversation. I was introduced by a friend, and I was just trying to understand the world of business and bounce off ideas. We were pure techies and didn’t understand the process of fundraising,” Sriram explains.

Rahul Garg, Founder, Moglix on getting marquee investors like Ratan Tata and Accel on board

Rahul Garg says, “Fundraising is really an orchestration of many factors – the stars have to align on multiple factors like the domain, its growth potential and levers for the business you aspire to build, and the investment philosophy of the investors you are engaging with.”

According to Rahul, his background also helped. During his stint at Google, he led different roles of AdX Partnerships, Strategy, and Search for new product launches across Asia. Rahul also had the opportunity to collaborate with enterprise customers from different verticals to understand how technology was enabling a paradigm shift.

“After I had communicated my decision to return to India in July 2014, I focused on researching the market and developing the idea until December that year. Later, I spent some time as an EIR at Accel, where I worked on narrowing down the space and idea and developing the go-to-market strategy and pitch,” he adds.

Karan Bajaj, Founder, Whitehat Jr on his first cheque of $1.3M and finding a $300M exit

The journey of WhiteHat Jr is unique. The startup has been in the news ever since edtech unicorn BYJU’S acquired it for $300 million. Founded in 2018 by former Discovery Networks CEO Karan Bajaj, WhiteHat Jr offers AI courses to children aged six to 14 years

Karan had started with initial funding of $1.3 million from Nexus Venture Partners and Omidyar Network India. He graduated from Birla Institute of Technology in 1999 and IIM-B in 2002, and worked for corporates like Kraft, P&G, and BCG. Speaking of his journey and learnings, he tells YourStory,

“In my case, I think the convention was broken a little bit. The old convention was that you created a prototype, got user traction, then you use that user traction to create a working product. That is the classic Silicon Valley model where you take the angel funding from friends and family, create a product, and then approach the investors.”

Founded by Shan Kadavil in 2015, FreshToHome is a fully-integrated ecommerce platform in the fresh fish and meat segment. The startup receives nearly 1.5 million B2C orders per month and has a Rs 600 annualised sales run-rate on the platform. As estimated by Euromonitor International, the consumer market size of the fish and meat segment in India in 2019 was $94 billion.

“Storytelling isn’t about the gift of the gab; it is about believing in the story you tell. I realised that the hard way in the early part of my career. I used to run reasonably large-scale sales organisations -Support.com. The salespeople were phenomenal, but then to close the deal, they would need someone like me who would give the underlying product and technology background. At some point, everyone will cut through the fluff and would want to see the real story. It is about being genuine and believing in your story,” he says.