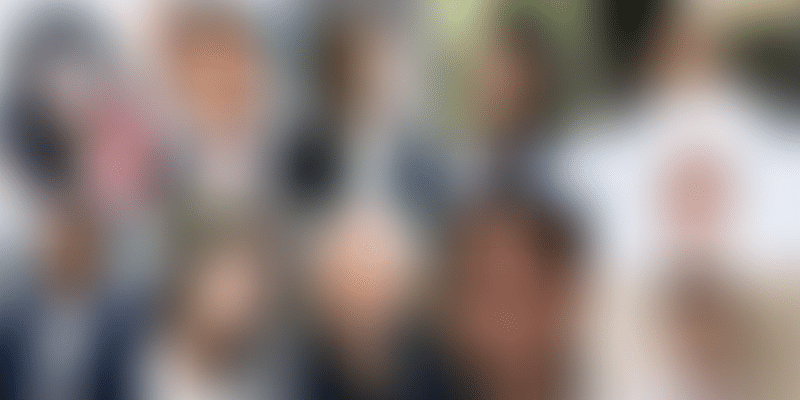 From lessons on fundraising to finding the resilience to build products, here is are the top advice given by investors to founders in 2020.

This year has been tough for all of us. Startups with double-digit revenue growth percentages went down to zero, and businesses have had to pivot overnight to make a turnaround. And yet, startups have not only survived but also thrived.

In the first few months of the lockdown, founders were grappling with what next steps to take and how to best navigate the situation. Nevertheless, most bounced back and came up with new and innovative solutions - and in many cases even raised funding – despite a slowdown in the economy.

It was a time when investors, mentors, founders, and employees all came together to fight the crisis. Keeping in mind the current crisis, here are some of the key advice that investors gave startups this year.

Anisha Singh, Founding Partner, She Capital, talks to YourStory about the impact of coronavirus on startups and the investment community, and what will be the next steps for the ecosystem.

Having founded Mydala, Anisha understands what it means to run a business from the trenches and during economic downturns. The Founder and CEO of Mydala adds that there are different things that startups can learn during this period.

“I believe we will now start seeing some solid innovation. It’s under intense pressure that diamonds are formed, and we’ll see more and more of that happening in the near future. Investors, too, will be open to looking at more things rather than chasing trends, and will also question the viability, which I think is a great thing for any startup to know and figure out for themselves,” says Anisha

In the early days of OYO, when nobody was keen on looking at the idea of a hotel aggregator, Anirudh Damani, Managing Partner at Artha Venture Fund, saw a spark in the then 23-year-old Ritesh Agarwal and invested in him.

Today, OYO is a unicorn. The small undisclosed investment Artha Ventures made in OYO fetched the Damani family a whopping 150x return. His investments in Purplle earned Artha 50x returns and in Exotel, the investments earned the firm 25x returns.

“The founder must remember that as the market heats up, they will be flooded with investment offers. However, one can quickly lose sight of what is essential and raise more than what they need – by raising from the wrong source, or overpromising what they can achieve to increase their fundraising goal.”

“These actions can quickly come back to bite you. All VC investments come with caveats due to expectations that the business will scale fast, become bigger, and raise the valuation. But if the company does not perform as expected or grows slower than the investor's expectations, then the founder might find themselves diluting or losing the business altogether” he adds.

Mark Kahn, who was heading Strategy and Business Development at Godrej Agrovet (agribusiness arm of the Godrej Group), was “privy to the pipeline of startups" in the sector, having been exposed to rural India and farmer lives.

Omnivore (earlier Omnivore Partners) was launched in 2010 as one of India’s first sector-specific VC funds. Mark also roped in Jinesh Shah as his co-founder. Some of its key investments include – DeHaat, Stellapps, Bijak, and Intello Labs.

“We look for founders with strong academic pedigrees and work experience. Prior startup experience and/or agribusiness experience is a plus. We also look favourably on founders who grew up in rural India and don’t have to learn the agriculture ecosystem from scratch. COVID-19 hasn’t changed much for us here, except now founder resilience has become more critical than ever.”

Prosus (previously Naspers), is a global internet group and one of the largest technology investors in the world. The late-stage investor has been a part of the Indian startup ecosystem for 10 years now. Some of its India investments include the ecommerce giant Flipkart, fintech and payments company of Prosus – PayU, edtech startup BYJU’S, and Swiggy.

“Once we got past the initial shock and surprise, we looked closely at the sectors we are involved in, and I can’t imagine a busier time in my seven years. There were general tailwinds for commerce, edtech, hyperlocal etc. It felt like a hop in a time machine and we got a view of the world four to five years into the future.”

“We are seeing many changes in consumer behaviour that is flowing through to our companies, and folks on our team have never really been busier. But at the same time, as an investor, it is the hardest time to invest. It is really hard to decide whether the macro framework and sector, and the behaviour that is changing globally is just a moment in time, or it will carry us forward in the long run,” they add.

For close to a decade now, Anu Hariharan has been part of the growth journies of several companies. An MS in Electrical Engineering from Virginia Tech and an MBA from The Wharton School, she is currently a Partner at Y Combinator’s Continuity Fund.

Prior to this, she was a Senior Software Engineer at Qualcomm, and was a Principal at BCG's Private Equity Practice. Anu has also been an investment partner at Andreesen Horowitz, where she worked with companies like Instacart, Airbnb, Medium, Udacity, and OfferUp.

She has also worked closely with Razorpay, the new unicorn, and also Facebook-backed Meesho. She says,

“As a startup founder, you need to know only a few things – talk to your users at every stage. You have to talk to your users to build something they want, and do it as frugally as possible. Don’t get caught up in valuations as a milestone. Nobody goes to the Hall of Fame for multiple different rounds of funding.”

When Teruhide Sato started investing with BEENEXT, he began making investments from the balance sheet of his startup BEENOS – now one of Japan’s largest conglomerates. The first startup he funded in was Citrus Pay. This was eight years ago.

Today, Teruhide is the Founder and Managing Partner of VC fund BEENEXT, which has a strong track record in investing in multiple startups like AngelList, BharatPe, EazyDiner, HackerEarth, Zilingo, Mfine, and more recently, edtech startup Winuall.

The fund, which recently closed two new funds of $160 million, has in the past five years made close to 70 investments in India. An investor with a difference, Teruhide’s track record in building businesses from scratch and taking them public is something that every founder and entrepreneur aspires to learn from.

“Entrepreneurs are people who are more committed, passionate, energetic, creative, and resilient. When you build a business, you build it by embracing changes – in internet infrastructure, customer behaviour, business opportunities, etc. Entrepreneurs need to turn changes into opportunities,” he says.

Established in 2016, Stellaris Venture Partners is the brainchild of Rahul Chowdhri, Ritesh Banglani, and Alok Goyal, who have over two decades of experience in the Indian startup ecosystem and venture capital universe. While working at Helion Advisors, the trio invested in firms like TaxiForSure, BigBasket, and Simplilearn.

Stellaris has invested in Mfine, Loadshare, Whatfix, and Noticeboard to name a few.

Harsha Kumar, Partner, Lightspeed Venture Partners talks about what she looks for in startups and the founding team. Beginning her career at Persistent Systems, Harsha is known for her expertise in product building and product management.

After working at Persistent, she moved to Zynga, where she built and designed products on a global scale. She then became a part of Ola, the ride-hailing unicorn, where she helped accelerate the company’s product from 3,000 rides to over a million rides a day.

At LightSpeed, she primarily looks at the fintech sector, and is on the board of OkCredit, Setu, FreshMenu, and Udaan, to name a few.

"PMF is a lifelong journey for a startup - you are constantly innovating and you need to bring PMF at every stage. It isn’t a one-time thing. You are continuously evolving and building new things. Right from the early stages, you are looking at a real problem that needs to be solved,” says Harsha.

Manoj Kohli took charge as Country Head of Softbank India in January 2020. He is responsible for SoftBank Group, SoftBank Vision Fund, and their over 20 digital/AI-focused portfolio companies.

He works closely with the portfolio company founders and CEOs to address regulatory and government issues and secure timely approvals to enable their businesses to run smoothly and achieve their full potential.

“You have to be in the market every day, you need to fight every day, and you need to win every day. The vision and courage of leaders show up in the times of crisis,” says Manoj.

Rajat Agarwal, Managing Director, Matrix India, has invested in companies such as Razorpay, Ola Financial Services, Jupiter, OneCard, ZipLoan, Avail, Liquiloans, Testbook, Toddle, and Pesto. An IIT-Delhi and ISB alum, Rajat was at McKinsey as a management consultant for close to five years, with a focus on telecom and financial services.

“Our philosophy is that we will still invest because we believe great founders can find great markets, and can create business models that can unlock great markets. Don't stress too much! Keep trying and hustle,” says Rajat.