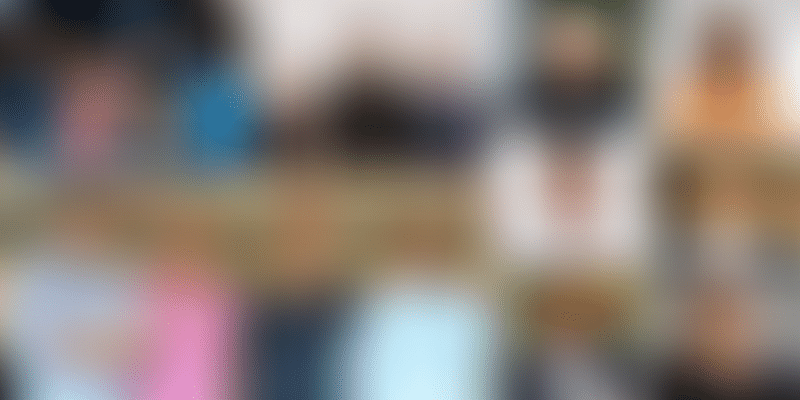 YS Learn is an attempt to capture insights, stories, and lessons on entrepreneurship, fundraising, pitching, and the dos-and-don’ts of building a startup.

Entrepreneurs acquiesce that “no one in their right minds would choose to start up,” as the “probability of making money and winning significantly keeps dropping.”

And yet, they choose to start up. They are willing to go through the grind, and put in blood, sweat, and tears. Most will work long hours, give up on their personal life, haggle with early customers, and pitch endlessly to investors…with a vision in mind.

While nothing can make that job easier, YS Learn lists a set of articles that can give you insights into what works, what may not, what investors think, and lessons from the trenches.

Here are 10 stories that you loved to read this year.

How WhiteHat Jr got its first cheque of $1.3 M

The year has been a busy one for WhiteHat Jr; from big exit to legal battles, WhiteHat Jr has seen it all. This learn piece however is about how the startup got its first cheque of $1.3 million and had a $300 million acquisition to Byjus.

Founded in 2018 by former Discovery Networks CEO Karan Bajaj, WhiteHat Jr offers AI courses to children aged six to 14 years. The Mumbai-based edtech startup aims to empower children so that they view themselves as creators. Speaking of his first fundraise, Karan had said:

“In my case, I think the convention was broken a little bit. The old convention was that you created a prototype, got user traction, then you use that user traction to create a working product. That is the classic Silicon Valley model where you take the angel funding from friends and family, create a product, and then approach the investors.”

The news about Zerodha’s growth spurt during the lockdown was a much-needed respite from stories about companies going under in this economic climate. But, that success came after several personal losses for the online brokerage’s co-founder.

“I personally have three major upheavals and losses with large debts. But there is a science to it. I knew I would make up the money,” he says. To start building capital again, he started working at a call centre during the night, and continued to trade stocks during the day.

“I do something only when I can make peace with the maximum loss,” says Nithin about the most important lesson his losses have taught him.

It is said that the road to success is paved with obstacles, and only the ones who course-correct - often and intelligently - beat the odds. While it’s true there is no one right way to approach growing a company, there are a few tried-and-tested formulas that have worked for several startups, at least in the earlier stages of growth.

“I say, if you want to bootstrap, you need to have some edge – either you need to have deep pockets or some core competencies. So, for me, even today, I spend two to three hours interacting with customers online. It is that drive, the customer focus, and the hustle,” says Nithin Kamath, Co-founder and CEO.

[YS Learn] There are different paths to success while scaling, says Zerodha CEO

In a conversation with YourStory, Larry Illg, CEO, Prosus Ventures and Ashutosh Sharma, India Head, Investment, Prosus, spoke about the roadmap and plans for investment in India. Larry said:

"We have been investing in India for a long time and we are not tourists. We don’t have to rush into something just out of fear of missing out. We think in terms of decades. We would rather walk away from something now and get to know the team and catch them later in the next round, than rush into something.”

In a conversation with YourStory, Anu Hariharan, Partner at Y Combinator’s YC Continuity Fund, talks about what startups need to keep in mind while pitching to investors. She said:

“We look for you as a startup founder, what unique insights you have about the problem you are working on, and why you are so committed about running a company. And that is what we look for even in the application. Why are you solving this problem? Did you have this problem? And what is the uniqueness you have that others don’t because of which you are going to be able to solve it better than others.”

Dunzo and its branding hacks

Quirky, fun, tongue-in cheek, and yet, not condescending to a competitor. It is a common theme with most of Dunzo’s branding and communication. Over the past three years, Dunzo’s communication and social media posts have become a point of coffee and dinner conversations. Many startups aspire to Dunzo-like branding and marketing posts. An example of this:

In February 2019, the Bengaluru-based foodtech unicorn Swiggy announced that it was going beyond food delivery with Swiggy Stores where it offers customers the convenience of ordering anything from any store across the city. In short, the unicorn had entered the ‘space’, which was already occupied by Bengaluru-based hyperlocal platform - Dunzo.

The Google-backed startup had started as a hyperlocal personal task management platform in Bengaluru on WhatsApp and is now a full-fledged automated, app-based service. Analysts and journalists were busy discussing the implications of this for the relatively smaller startup - Dunzo.

A small team within the startup was busy too, and the result of its work was soon out on social media platforms - an illustration of a man landing on the moon, with a Swiggy Logo wear, only to find a Dunzo flag already hoisted - the copy was simple and yet quirky - 'Welcome Buzz Aldrin’

It was 11 am on a pleasant day in August 2011. Sriram Kannan, a techie who had built Verayu, a tracking software that doesn't use GPS, had teamed up with Surjit Das, another techie, to explore the idea of a transport automation solution provider.

In four years, after many trials and errors, the startup transformed and established itself as Routematic, a full-fledged employee transportation startup, and added fleet aggregation to its portfolio.

But what helped the founders forge ahead was the Rs 40 lakh cheque that Naresh Malhotra, former Cafe Coffee Day CEO, had cut that August evening long ago.

How FreshtoHome was able to raise $152M across three funding rounds

Founded by Shan Kadavil in 2015, FreshtoHome is a fully integrated ecommerce platform in the fresh fish and meat segment.

The former Zynga Country Manager, and Founder and CEO of Dbaux, Shan built an extensive tech for FreshToHome, resulting in the company showing growth. For Shan, the journey of fundraising across all three rounds has been similar. He adds that while there is currently liquidity in the market, he believes there are some commonalities that founders can follow while raising funds.

In conversation with YourStory, Shan explains what worked for him in his fundraising journey.

Alok Goyal, Partner of Stellaris Venture Partners, one of the most well-known early-stage VC firms in Bengaluru, believes that he has the best job in the world as an early-stage investor. What Alok says is:

For every startup, the minimum viable product (MVP) plays a vital role in understanding customer needs and giving investors a sense of what the product can achieve with scale. This is how DealShare did it.

In 2016, Jio changed things. Data became cheaper, mobile phones were available in the most remote corners of the country, and people in Tier II, III, and IV cities were routinely chatting on WhatsApp, watching videos, and uploading stories.

This tech-fronted transformation led Vineet Rao, Sankar Bora, Sourjyendu Medda, and Rajat Shikhar to a realisation when they started DealShare in Jaipur, Rajasthan, in September 2018.

Rajat, Co-founder and CPO, DealShare, says, “DealShare operates in a unique market with the opportunity to create the next biggest ecommerce platform by reaching low/mid-income audiences in Tier II and III markets, with a highly relevant catalogue and cost-effective operations.”