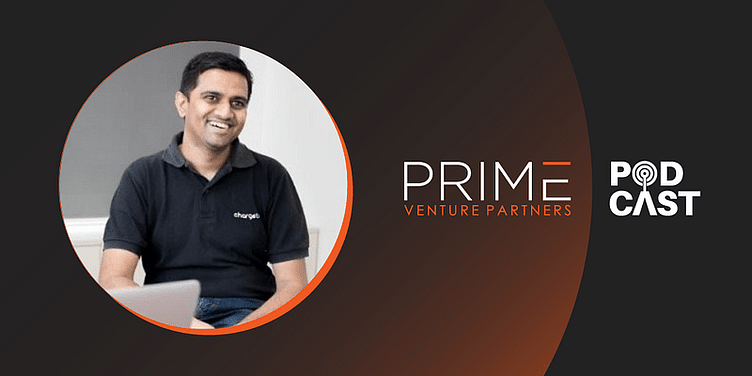 The startup journey for entrepreneurs is not a cakewalk. Innovators need to ideate and find a solution, build scalable products, create a need for the products, attract customers, and build the entire business with their sheer hard work, effort, patience, and passion.

In the recent episode of the Prime Venture Partners podcast, Krish Subramanian, Co-founder and CEO of ﻿Chargebee﻿, spoke about his entrepreneurial journey from “zero to one”, i.e. building a unique product and disrupting the market.

Speaking with Sanjay Swamy, Managing Partner at Prime Venture Partners, Krish explained that Chargebee’s journey from phase zero to one was not a straight line even after the product was launched.

Chargebee was launched in 2011 with an aim to help SaaS businesses streamline their revenue operations. According to Krish, the innovations attracted interest not only from SaaS but also from other sectors such as ecommerce. Attending to all the customers initially, the startup, however, “lost track” of the unique insight it was actually built on.

“As first-time founders, you are enthusiastic about anybody who shows up and says, ‘hey I want a solution’, as you are trying to recruit them as customers. We started the company thinking that every SaaS company should not have to build certain components themselves and we should be able to provide that API. Yet, when we were in the process of getting customers, we lost track of that part,” Krish said.

Krish explained that while Chargebee’s product was built to focus on SaaS businesses, the need to solve solutions of clients from any sector led the company to try and be everywhere.

“We built API of the first product based on our main focus and yet we thought of trying to get anybody as a customer...and we went a little bit everywhere to try and solve the problem. So we had to make certain choices like letting go. If even though multiple markets are attracted, we had to stay focused on SaaS and SaaS like businesses for a period of time before we focus on more segments,” he said.

According to the co-founder, while deciding on letting go of certain segments, this early choice helped the company stay focused on segments that worked well for them.

“These were some of the key learnings for us early on and also acted as a filter to remove certain segments that we did not want to serve,” he added.

Speaking about the initial decisions, Krish said that introducing iterations and pricing changes were also scary initially because of the fear of losing customers. Even then, Chargebee implemented a freemium pricing model where customers could begin with a free model, but then as they record $50,000 of aggregate invoicing, they automatically move into a paid tier.

“We were afraid thinking will enough people actually buy the product. But it turned out to be a good decision because only by changing the pricing, we actually get to know what resonates with the market,” he said.

“What we found out for ourselves was that our North Star Metric was our customers’ revenue and overall how much did we process as a company. We thought who was using the product really well and if they are growing, then we are growing,” Krish said.

He added that segmented metrics of customer acquisition, activation, new customer, ASP, and churn and NRR are also very important.

Krish also explained that the team realised they did not have the right product-market fit initially as it noticed that while its logo churn (customer churn) was high, the revenue churn was not in the right direction.

He believes that metrics guide entrepreneurs in making decisions related to customer support, customer success, marketing, etc., which in turn makes an impact on the revenue.

To hear more, listen to the podcast here.