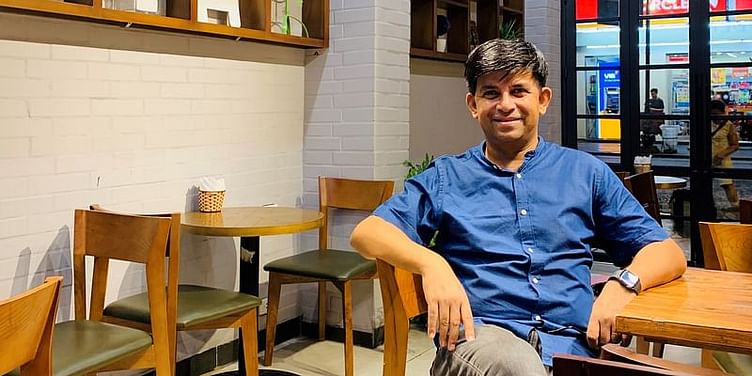 Shankar Nath and Ankit Gera’s startup Junio is a payments instrument for the under-18 group that draws from the concept of pocket money.

A two-year sabbatical during which Shankar Nath, former Senior Vice-President of ﻿Paytm﻿, was constantly asked, “What next?”, to which he would reply, “I am looking for options”, ultimately led him to start up with another former Paytm senior executive late last year.

Shankar and Ankit Gera, former Assistant Vice-President and head of growth at India’s most valuable unicorn, founded Junio, a payments instrument for children under 18 that works on the principle of pocket money.

“A majority of purchases today happen online, so most children end up borrowing their parents’ credit card,” says Shankar. “But this also means limited control over where the card is being spent. This led us to start Junio.”

According to a Mumbai Mirror report, those under 18 get anywhere between Rs 15,000 and Rs 30,000 a month as pocket money. While some children have bank accounts, most make cash purchases, making it hard to track these transactions.

With Junio, a prepaid smart card that allows them to shop offline and online, the two founders aim to build a financially empowered generation of young people.

The team has tied up with RBL Bank to issue the smart card.

The startup has raised $1million in an angel round from CRED Founder Kunal Shah, BharatPe’s Ashneer Grover, PolicyBazaar CEO Yashish Dahiya, Pravin Jadhav of First Cheque, Deepak Abbot from IndiaGold and Amit Lakhotia of Park+. The money will be used to develop the product, bolster the Junio team and enable customer acquisition.

Both Shankar and Ankit drew from their experience at Paytm while developing Junio as a product. For them, the biggest takeaway was the power of collaboration.

“At Paytm we learnt there is massive power in collaboration,” says Shankar. “We worked closely with more than 100 brands on their consumer promotions with Paytm cash as redemption. Win-win for all. It is not a zero-sum game.”

During his three years with the company, Shankar got firsthand experience of how to build for scale and saw it translate into 15X growth.

“The biggest advantage of working for companies like these (Paytm) is that you have been part of the journey of building something at scale,” says Shankar. “Unless you are part of the journey it is difficult to visualise that scale or even start up sometimes. We have seen growth and how beyond a critical mass a brand name can end up becoming a verb, like Paytm or Google.”

For this, several elements need to come together: branding, growth, tech, and relationships. “But that doesn’t guarantee success,” says Shankar. “For the same inputs, sometimes the output can be extremely different. But what it does is it makes the odds better for us. A past experience helps us see opportunities that can possibly become big in the future.”

Ankit, who worked closely with Shankar at Paytm, agrees that building a payments instrument for scale is extremely important, for which strong tech backing is a must.

“The uptime plays a significant role, as if somebody is spending money, they don’t have an immediate alternative. While we won’t be the level of what Paytm was at five million transactions a day, we need strong tech in the space,” says Ankit, indicating Junio’s expected scale.

Another reason for Paytm’s ubiquity is its ease of use, says Ankit. “There are many financial products, but the reason people keep going back to Paytm is because of its simplicity.”

Apart from the back-end tech, the front end has to be simple and usable. “This we have learnt from Paytm: to build it in a simple and extremely easy manner,” says Ankit.

Ankit worked with the financial unicorn for close to four years, for the most part of which he led its user growth and product team. He also headed the payment gateway business for a year. He quit in October 2019.

“We had a significant exit from Paytm, and also knew that we didn’t have to work to make a living,” says Shankar. “It was the right time to take the entrepreneurial plunge.”

The fact that the under-18 population has a stake in everything digital spurred Shankar and Ankit to design a payments product targeted at them.

“Any child from the age of 11 or 12 begins digital transactions, primarily because they are digital natives,” says Shankar. “But there are no payment instruments tailor-made for children. Most end up using parents’ cards or payment instruments. We thought that through something that is socially and culturally understood as pocket money, could we enter the world of payments for ‘juniors’?”

Junio is not the first payments product targeted at a young cohort. There is FamPay, a neobank payments instrument for teenagers. This apart, wallets and UPI are used by teens. Banks have payments instruments, debit cards, as well as savings accounts designed for children.

Shankar says that designing a debit card for the under-18 group is not enough. “There is no interactivity with savings, earnings, and understanding of compounding.” This is where Junio aims to make a difference.

“With the app parents can set kids a saving goal,” says Shankar. “For example, they can tell their children, ‘You save Rs 3,000 from the pocket money I give you, and I will top that up with Rs 2,000. And you can buy the bicycle.’ There are conversations in the app.”

Parents can also set tasks on the app and incentivise these with money that gets added to the card.

“Do you want your child to make the beds at home? Then you can choose to incentivise them with Rs 15 or Rs 20 every day,” explains Ankit. “The idea is to make the child independent and learn financial intelligence early on.”

At present, Junio offers parents these options: obtain either the physical card or the virtual payment app, or both. For the physical card, the subscription fee is Rs 40-60 a month. The starup is also looking to earn through a merchant discount rate of one-two percent on each transaction.

The Junio team is focusing on usability and making it easy and intuitive in terms of signing up, adding money, making transactions and the scale the product can handle.

“One thing to keep in mind while building any app is the frequency of interaction,” says Shankar. “You are competing for real estate for the 20-30 apps that need to be there on the phone. Thus, it is important to build for the level of interactivity between the parent and the child. It can’t be once a month. You need to come back at least once in two days.”

The idea is to find use cases that can get people to interact on the app on a daily or weekly basis. After a few years of usage, other payment methodology and systems could be incorporated in the app and card.

The startup may also offer customised solutions after a sizeable community of children and parents has signed up.