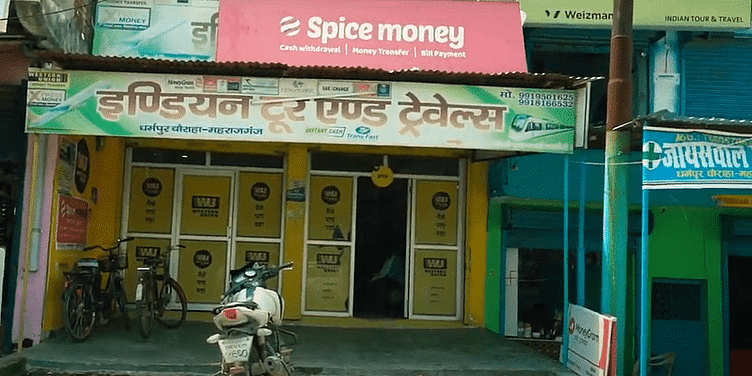 Rammohan Pal, a resident of Durg district in Chattisgarh, can recall June 9, 2019, very vividly; it was when his mother, who at the time lived in another rural district in Uttar Pradesh, had fallen gravely ill and needed immediate hospitalisation.

However, the hospital refused to admit her until a Rs 20,000 deposit was put down — a common occurrence in villages and small towns. Rammohan, who up until that point had used only physical cash, found himself in a quagmire; travelling to his mother would take at least a day, which due to her rapidly deteriorating health was a huge risk. The local gramin bank had shut shop for the day after operating only for a few hours, and the next bank was at least 80 kilometres away.

To Rammohan, June 9, 2019 was the day he almost lost his mother. Broken and defeated, it was only when his local kirana shop-owner stepped in, asked him to bring his Aadhar card, quickly availed a pre-approved loan on his behalf, and helped him transfer money to the hospital digitally over a payments app within a matter of seconds, that he felt he could breathe again.

For Rammohan and countless others like him, digital banking and fintech services have been a lifesaving boon —  more so when they provide instant services such as money transfer and loans.

While the likes of ﻿Paytm﻿ have been empowering lower-tier cities to become more financially savvy, it is the companies that specifically cater to the underserved communities that make a world of difference.

One such startup is Spice Money.

Founded in 2015 by Dilip Modi, the fintech startup provides financial services to lower-tier cities, rural areas, and underserved communities. It also enables employment for them.

Its business model seems to hinge on the principle of ‘trust’ —  where it educates localites about its platform and signs them on as its partners, or ‘Adhikaris.’

These Adhikaris become Spice Money’s representatives in their communities and enable people to use the startup’s digital financial services. Since the Adhikaris are local residents, they tend to have a better grasp on what products and services work better in their community. In fact, this also brings a sense of trust among the residents because of their personal acquaintance with the Adhikari.

The system helps Spice Money generate more trust in micro-communities. It also helps the Noida-based startup keep its finger on the pulse of their specific needs.

“Access to formal financial services is core to the development and growth of the Indian economy and progress of the nation. The reason there is a gap in financial services is because of a lack of tailor-made solutions for the customers’ need in semi-urban and rural areas of India,” Dilip says.

“Our digital platform enables any next-door kirana store or an entrepreneur to start operating as a mini bank branch and provide banking and digital services to consumers in semi-urban and rural India. The platform not only helps Spice Money Adhikaris to earn a living, particularly during the pandemic but also helps non-tech-friendly consumers in remote areas of the country to leverage technology to their benefit,” he adds.

The platform —  available on any browser and as an app on any Android phone — offers assisted banking services where a customer can avail any financial service by interacting with someone they know well. Since the Adhikari lives locally, customers don’t have to travel too far and can avail Spice Money’s facilities any time of the day.

All the startup asks from the customer is their Aadhar card and the name of their bank to access a host of financial services — from money withdrawals, transfers, loans, and cash collection, to bill payments, recharges, and even insurance buying.

“The idea is to be a one-stop solution provider for all digital services, possibly being offered through an entrepreneur (Adhikari) to the end-customer,” Dilip says.

Customers can also take advantage of the ancillary services the platform offers such as travel ticket booking and assisted ecommerce shopping.

During the onboarding process, Spice Money not only teaches Adhikaris how to use the platform, but also educates them about the various financial products that people can take advantage of.

By disseminating vital information about products and services like insurance, which Adhikaris pass on to members of their communities, the startup helps more and more people understand the importance of owning financial products that can, at time, even cushion them against sudden and unexpected money-haemorrhaging events.

Spice Money’s Adhikaris also become formal lenders to people in their community that need loans, but at reasonable interest rates, unlike informal lenders that charge exorbitantly.

With more products such as savings accounts and healthcare products, among others, slated for launch over the next few quarters and tailored to the needs of local communities, the fintech startup will help create more financial literacy.

At present, Spice Money — a unit of Digispice Technologies — caters to over 18,000 pin codes, 700 districts, and 5,000 blocks. It sees over 20 million transacting customers per month on its platform, of which 90 percent are from semi-urban and rural areas, belonging primarily to Bihar, Madhya Pradesh, Rajasthan, and Uttar Pradesh.

Since its inception, Spice Money has seen nearly 100 million customers use its platform.

In the current financial year, the startup processed nearly Rs 7,000 crore worth gross transactions, on the back of over four crore transactions, Dilip says.

A profitable venture, which recorded a revenue of Rs 270 crore in the first half of FY2021, Spice Money says it has no plans to expand globally. Instead, it is laser-focused on serving semi-urban and rural India.