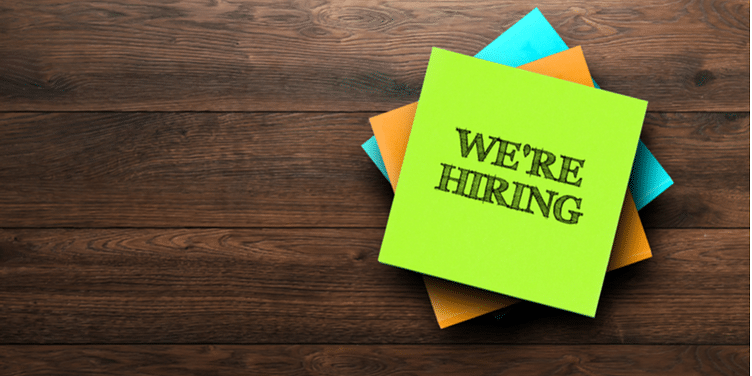 The overall hiring activity in the country improved by 14 percent during December 2020, compared to the previous month, and was mainly led by insurance, auto and ancillary sectors, according to a report.

On a year-on-year basis, the overall hiring witnessed a decline of 10 percent in December 2020 — the lowest decline in the post-COVID-19 months.

"The year 2020 was full of challenges and hiring across key industries which bore the brunt of the pandemic. While hiring in April, May and June of 2020 was down by 56 percent compared to last year, subsequent quarters showed a steady recovery," Naukri.com Chief Business Officer Pawan Goyal said.

"Key sectors like hospitality, travel, auto, and retail are still bouncing back, and the sequential numbers reassure us of robust recoveries in 2021," he further said, adding, "As we look forward to a brighter year ahead, the overall hiring sets in the right direction for the closing month."

Naukri JobSpeak is a monthly Index that calculates and records hiring activity based on job listings on Naukri.com website month-on-month.

The report further noted that hiring in the insurance sector grew by over 45 percent in December 2020, as against November 2020 as people felt the need to secure their health and businesses in the post-COVID-19 era.

Further, the auto and ancillary sectors continued to register growth in sequential hiring with increased consumer demand during the year-end period.

Other key sectors such as banking financial services, insurance, pharmaceuticals/biotech, FMCG, and IT-software too showed positive growth on a month-on-month basis in December 2020.

In terms of cities, within metros, Pune and Delhi led the sequential recovery at over 18 percent and with more than 16 percent increase in hiring, followed by Kolkata (over 14 percent) and Mumbai (over 10 percent), the report said.

Coimbatore saw the highest hiring growth (over 30 percent) amongst Tier-II cities, followed by Ahmedabad (20 percent) and Jaipur (15 percent) in December 2020 versus the previous month, it added.

The report revealed that the hiring of professionals in hotels/restaurants domain also saw an uptick of 13 percent sequentially, indicating the revival of the sector in the post-COVID-19 world.

The demand for professionals in teaching/education and HR/administration roles saw an increase of more than 27 percent and 22 percent, respectively.

Further, the report found that the 8-12 years and 13-16 years' experience band saw the maximum increase in hiring by 18 percent and 17 percent, respectively.