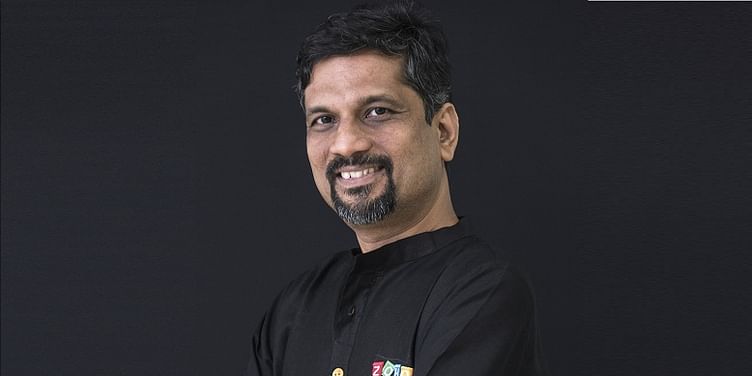 Sridhar Vembu is regarded as a pioneer in the SaaS industry in India. The founder of SaaS unicorn Zoho has been awarded the Padma Shri award in the trade and industry category.

The Indian government on Monday announced the awardees for Padma Awards, and ﻿Zoho﻿ Founder Sridhar Vembu has been awarded India's fourth-highest civilian honour Padma Shri, ahead of the Republic Day.

Conferred in the category of trade and industry, Sridhar Vembu has got the distinction of creating a unicorn without the aid of external funding. The Chennai-based startup was founded in 1996.

At YourStory's flagship event Techsparks 2020, Sridhar had remarked that Zoho was not built by him alone, and there are 1,000 heroes who turned this bootstrapped venture into a unicorn.

“There are a 1,000 heroes, and you will probably get to know them only when they start their own companies,” Sridhar said.

In fact, Sridhar could be called "the trailblazer for the growth of Software-as-a-Service (SaaS) startups out of India."

As a pioneer in this industry, Zoho served as a torchbearer for the SaaS industry, which now has other unicorns such as ﻿Freshworks﻿, Dhruva, ﻿Icertis﻿, and ﻿Zenoti﻿.

Other prominent awardees from the world of business who have been conferred the Padma Awards this year include Rajni Bector, Jaswantiben Jamnadas Popat, and Rajnikant Devidas Shroff.

Rajni Bector is the Founder of Mrs Bector Foods — the maker of various food products — which went public recently. Jaswantiben Jamnadas Popat is part of the founding group of the eponymous Lijjat Papad brand while Rajnikant Devidas Shroff is the Chairman and Managing Director of UPL.