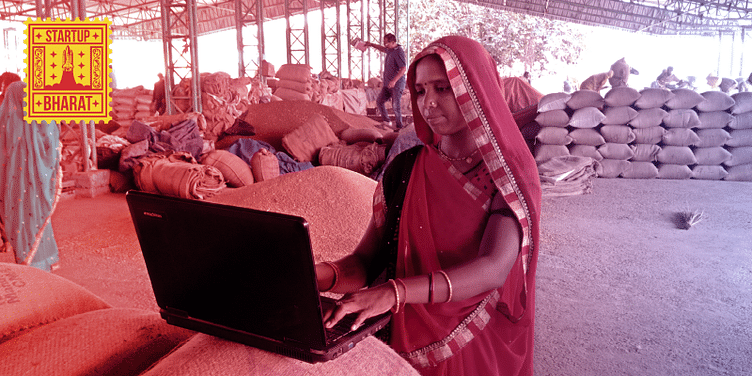 As youths returned to their hometowns in 2020 due to the pandemic, the startup scene in Tier II and III towns got a new boost of energy. The year 2021 heralds hope and enthusiasm for startup Bharat.

Small towns in India have seen an influx of youth in 2020, thanks to the pandemic. With many offices extending work from home policies indefinitely, Tier II and Tier III residents returned to their hometowns to work from the comfort of their homes. But, increased digital penetration, new government initiatives, a lower cost of living, and innovative ideas have inspired many youngsters to startup in the hinterlands of India.

As Jodhpur-based Sushil Sharma, founder of Marwari Catalysts, and serial entrepreneur and investor in early-stage startups puts it, a small city startup ecosystem is the future, and “India is no longer defined by its top eight cities, there is a world beyond the metros.”

While COVID-19 may have turned our lives upside down, it has certainly provided an opportunity for startup Bharat to rise to the occasion during these testing times. Despite the overall economic slowdown, startups from non-metro cities rose to the challenges thrown by COVID-19 with zeal and positivity, and worked hard to innovate. And the year proved that smaller cities are no less than metros,  equipped with enough exposure, awareness, investment, and professional resources.

“I strongly believe non-metro cities will definitely play a vital role in making India a $ 5 trillion economy. We should hereby catalyse our startup ecosystem to make them recession proof,” says Sushil.

Devesh Rakhecha, Founder and CEO of ﻿Thrive﻿, a Jodhpur-based edtech accelerator believes that “ghar wapsi” (homecoming) is going to be a reinforced concept in 2021. He says the year 2020 saw a reverse brain drain as a lot of youth returned to their homes, and 2021 could be the year of “brain gain for India” with respect to startup Bharat.

Founders from Surat echo the same zeal. One of them, Dishant Gandhi, Co-Founder of Surat-based ﻿Gradeazy﻿, says that Surat has always been a city for business. Typically known for textile and diamonds, it already has a great infrastructure in place which makes it an ideal choice for anyone starting up.

“We see many new coworking spaces, incubators and accelerators in the area now. Since a lot of investors have recently shifted their focus to Tier II and Tier III startups, it has helped boost the eco-system in the area in general,” says Dishant.

The future of business now seems to be mobile. The trend may have started in big cities, but has since then moved to small towns, exacerbated by the pandemic. The ensuing lockdowns ensured that almost everything – from electronics and grocery to personal care and medicines – was bought online. A recent report by ﻿Bikayi﻿, a homegrown WhatsApp-integrated ecommerce startup, sheds light on how India shopped during the pandemic.

The report revealed that during July-October 2020, 53 percent of sales on its platform came from Tier II and III towns such as Kasaragod, Guwahati, Surat, Bahraich, and Dhenkanal, indicating that people in small-town India had a preference for buying products over WhatsApp from local merchants.

Sanchie Shroff started Pooja Sansar in Patna with her family when she got a chance to stay in her hometown during the pandemic. She says that the pandemic has brought educated and professional youth to non-metros, and they have increased the usage of ecommerce platforms in these cities, positively impacting the tech startups.

“The youth is also trying to bring new-age tech ideas to their hometowns. As far as Pooja Sansar is concerned, we had an amazing traction in the festive season. We received orders not just from metros, but from places like Gwalior, Begusarai, Darbhanga. For a moment, it was hard to believe people are open to online shopping in these places,” says Sanchie.

Manish Piyush, who is trying to bring about a revolution with his dairy startup ﻿Puresh Daily﻿ in Ranchi,  believes that entrepreneurs want to solve urban problems, but real problems are in the smaller towns. Due to the pandemic, Manish says the talent pool for Ranchi-based startups has improved. The year 2020 also brought back childhood memories as many of Manish’s school and college friends have returned to Ranchi and amidst and remote working.

“We often ask, why did we separate? Was it to earn, to escape or just peer pressure. Even after 15 years of exile, we did not find happiness. So why the rat race? Why can't we be happy and prosperous in our own hometowns?” says Manish. And hence, after many such introspective sessions, Manish and his friend decided to come together and create more jobs in Ranchi and Jharkhand. “Six of my friends have quit jobs and started entrepreneurial ventures here. Few more said they will do the same in 2021,” says Manish.

Taytil Singh, Co-founder of Bhopal-based co-working company ﻿S.PACE﻿, believes that ‘acche din aane waale hai (Good days are coming)’ for startups in non-metro cities, and 2021 will be the year of miracles for cities like Bhopal.

Startup Bharat: Small towns like Kasaragod, Bahraich, Dhenkanal, and others are big on WhatsApp ecommerce

“Things have drastically changed ever since the COVID - 19 outbreak,” says Taytil. The youth are back, and have started small ventures in Bhopal. The cost of living is almost negligible because of office space and manpower, and resources are cost efficient. The best part is that they do not have to spend time commuting long distance like in the metros.

While there are many who echo positive sentiments, there are fears as well. Resources are bound to get expensive eventually, industrial areas could transform into ghost towns, and manufacturing businesses in small towns may get affected.

But, if there is one thing that startups have proven in 2020, it is that problem solving is at the heart of the eco-system,  and as long as that stays strong, there is always a way out.

(With inputs from Shreya Ganguly)